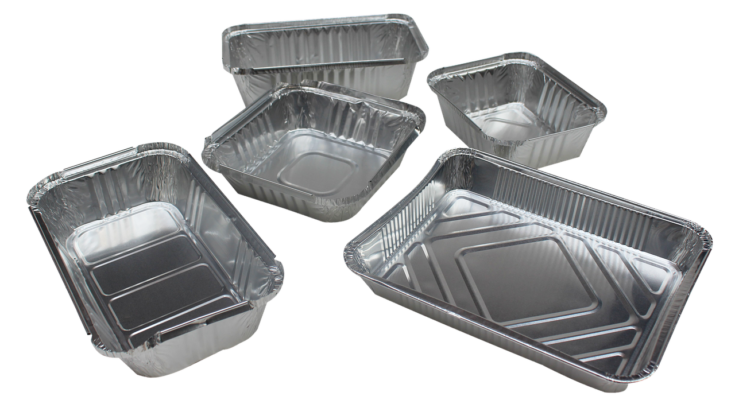 All elements of the periodic table show magnetism under certain conditions. This is due to the fact that each and every element has the capability of generating an electric current, again certain conditions. As each element has its own magnetic field, they will react in a certain manner when two magnetic fields come in close contact. Many students are unaware of the magnetism across aluminum. Let us check out the answer to the question is aluminum magnetic.

It is the electrons which mainly decides the attraction or repulsion behavior.

Aluminum is paramagnetic in nature due to the presence of unpaired electrons in both s and p shells.

Contents show
Electronic configuration of aluminum
Why aluminum weakly attracts a magnet?
Does s and p shells of the aluminum atom contribute to weak magnetism behavior?
Magnetic susceptibility of Aluminium
Paramagnetic behavior of the aluminum
Does Aluminium follow Curie law?
How to induce an external magnetic field for the aluminum?
Some other related questions
Conclusion

From the diagram, it can be understood that aluminum has only one electron in the 3p shell, making it an unpaired one. This one unpaired electron contributes to the paramagnetism behavior of the aluminum.

Why aluminum weakly attracts a magnet?

As we know, paired electrons spin in opposite directions to cancel out the net dipole moment.

In the case of unpaired electrons, during their spin, the net dipole moment does not cancel out. It makes them tiny magnets.

The larger the number of unpaired electrons higher will be the attraction towards a magnet in the presence of an applied external magnetic field.

As aluminum has only one unpaired electron, it weakly attracts a magnet in the presence of an external magnetic field.

In addition to this, aluminum does not retain any magnetization in the absence of an applied external magnetic field. This property is shown by most of the other paramagnets.

Does s and p shells of the aluminum atom contribute to weak magnetism behavior?

Yes. Usually, there is a strong delocalization in the aluminum, as a solid, due to the large overlapping with the neighboring wave functions.

Due to this, aluminum has a large fermi velocity by which the electrons are less sensitive to shifts in the presence of energy. It leads to weak magnetism.

The magnetic susceptibility of aluminum is 2.2 χm.

A positive relative permeability is greater than 1, which means that the element magnetizes in the applied external magnetic field.

In addition to this χm is called magnetic susceptibility that will not be zero if the material responds to any magnetization.

From the above-mentioned table, you can see, the magnetic susceptibility of aluminum is positive and a larger number than 0.

It ensures aluminum does attract to an applied external magnetic field, but the number 2.2 is low, that is the reason why there is a weak attraction.

NOTE: Just for the sake of comparison, the range of relative permeability (Km) is between 150 to 5000.

Paramagnetic behavior of the aluminum 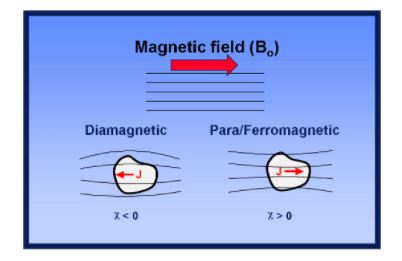 The diagram shows the behavior of paramagnetic and diamagnetic elements when magnetic susceptibility is greater than zero and lower than zero. 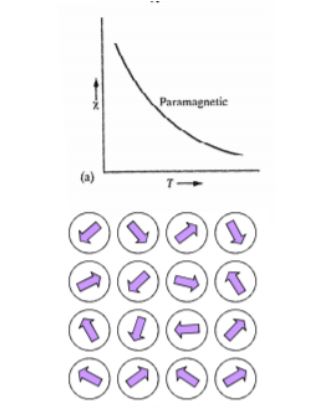 The above images show the paramagnetic behavior of the aluminum.

The first one is the graph between magnetic susceptibility and temperature. The curve is not linear that confirms for aluminum, magnetization is inversely proportional to the temperature.

Yes. Curie law says that magnetization of an element is directly proportional to the applied external magnetic field.

In case, if the element is heated, the extent of proportionality is reduced to a great extent.

Eventually, the value reaches a fixed number. It makes magnetization inversely proportional to the temperature. A behavior actively is shown by the aluminum as it follows Curie-Weiss law.

The second image shows the movement of electrons in the paramagnetic aluminum.

How to induce an external magnetic field for the aluminum?

Just move the element near to a magnet. Let us check this concept with a few examples.

If you try passing a magnet within an aluminum pipe, it will move slowly and will look, as if it is floating.

Try switching magnet to any other metal it will pass in a jiffy. Another example can be of moving an aluminum can nearer to a hanging magnet.

This magnet will start moving in a similar direction as that of the aluminum. One more example can be of rolling an aluminum can placed on the floor by bringing and moving a magnet close enough to it.

The movement of a magnet within the aluminum pipe and passing of aluminum can nearer to the magnet is forming an electric current.

Additionally, in the above examples (except aluminum pipe), try keeping both aluminum and magnet static and see if and movement is occurring. By this time, you might not be surprised to see any movement at all.

Check out the below video for a better understanding

What is Pauli paramagnetism?

The Pauli paramagnetism is much weaker in nature than the other forms of paramagnetism. It is because the electrons nearer to the Fermi surface can alter its spin to align with the applied external magnetic field.

What is the Fermi surface?

What is Lenz’s law?

This law explains the dragging behavior of the eddy currents. Aluminum follows this law to respond to an applied external magnetic field and by weakly attracting a magnet within it.

What are eddy currents?

The eddy current is a continual loop of electrical current induced by changing the magnetic field in the conductor as per Faraday’s law of induction.

What is Faraday’s law of induction?

It is an essential law of electromagnetism which helps with predicting how a magnetic field will respond to the induced electric field to produce electromotive force. A phenomenon also called electromagnetic induction.