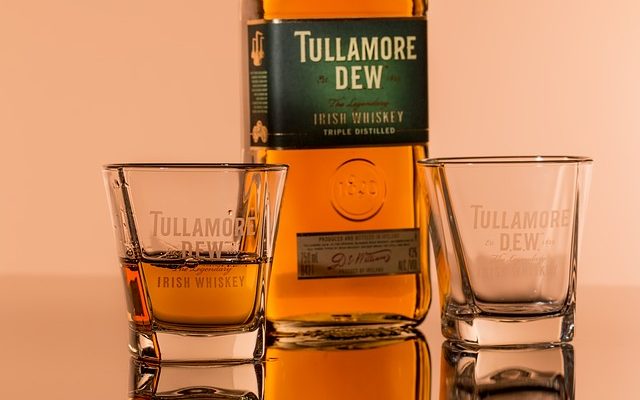 Alcohols are organic compounds, which contain at least one hydroxyl group (-OH) attached to the saturated carbon atom. They have the general formula of CnH2n+1OH. Methanol (CH3OH) and ethanol (C2H5OH) are the first two simplest members of the alcohol family.

Out of these four alcohols, ethyl alcohol describes the term alcohol efficiently. It is also known as ethanol (common name) and grain alcohol as it is obtained from the fermentation of fruits, grains, or sugar. Ethanol is used in the synthesis of drugs and it is also present in various alcoholic drinks.

Let us study the important characteristics of alcohol especially ethanol, which is its flammability. In this article, we will use the common term alcohol for ethyl alcohol or ethanol for simplification.

Let us work on this explanation in detail.

We will start with the general characteristics of the alcohol i.e., ethyl alcohol.

Ethyl alcohol (C2H5OH) is the second member of the alcohol, an organic compound with a hydroxyl functional group.

It is referred to as alcohol because of its presence in various alcoholic drinks such as wine, whiskey, and beer.

Ethyl alcohol is naturally produced by the fermentation of fruits or sugar by yeasts. It can also be synthesized in the laboratory by the reaction of ethane with water i.e., the hydration of the ethene (C2H4) molecule, as shown in the following reaction:

Flammability is the property of combustible materials, by which they can catch fire easily without any extra effort in the air by the supply of heat via ignition source.

The ignition source may be hot surfaces, sparks, static electricity, and open flames. Whether a combustible material is flammable or not?

It depends on the flashpoint of that material.

The flashpoint of the material is the minimum temperature, which is required for catching fire in the air by vapors of that particular material with an ignition source.

The flashpoint of flammable materials lies between 0 to 60 °C.

Why Alcohol is Flammable?

Hence, the vapors of the alcohol will catch fire at its flashpoint i.e, 12 °C in the air by an ignition source. 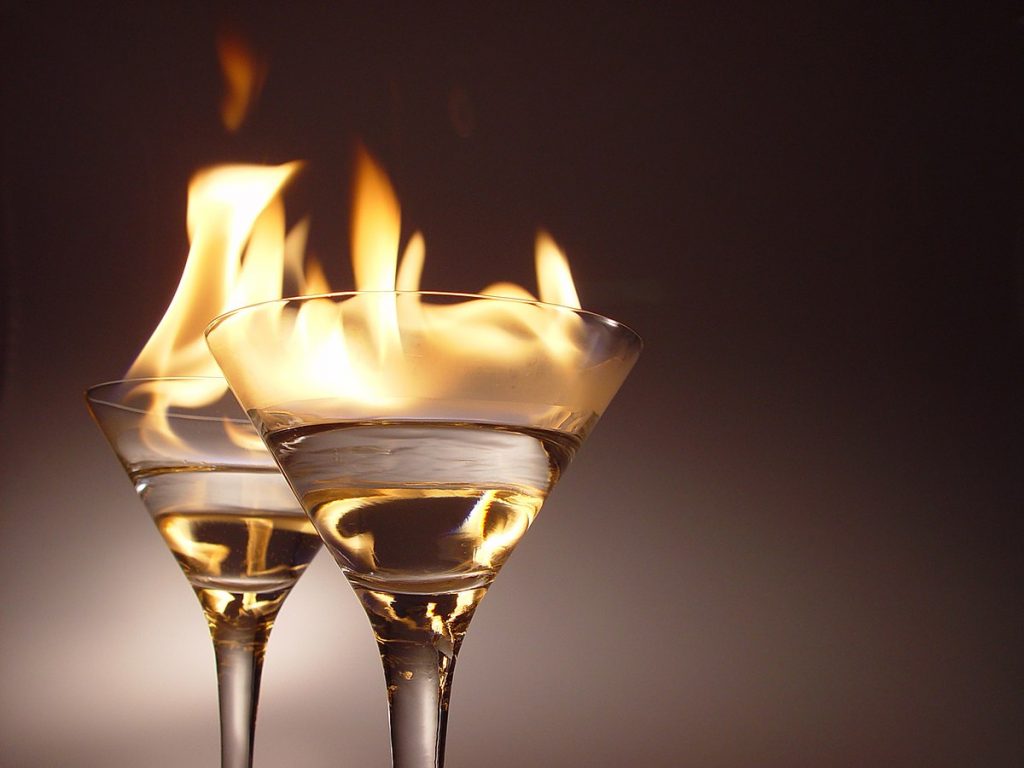 The burning of alcohol in the air is known as its combustion. In combustion, ethyl alcohol combines with oxygen molecules present in the air and produces carbon dioxide and water. It can be represented as follows:

The activation energy is the minimum amount of energy required by reactants to carry out a reaction.

It is well understood by the energy profile of the particular reaction. 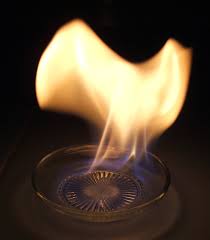 If we see the reaction carefully, we can observe that one molecule of ethyl alcohol reacts with three molecules of oxygen and produces two molecules of carbon dioxide and three water molecules.

Hence, the total number of molecules is greater on the product side than the reactant side. It indicates that the combustion of ethanol produces more entropy and hence, the change in entropy is positive. The increase in entropy favors the formation of the products.

The combustion of ethanol is an exothermic reaction as it requires a small amount of activation energy, which can be supplied by an ignition source. In turn, this reaction generates a large amount of energy in the form of heat and light.

Hence, the change in enthalpy for the reaction will be negative.

The energy supplied by an ignition source easily overcomes the activation energy of the combustion reaction.

The exothermic reaction indicates the energy of reactants is higher than the products and hence, the reaction is favored in the forward direction.

We can understand the flammability of ethanol by looking over the mechanism of the combustion of ethyl alcohol.

Mechanism of combustion of ethyl alcohol

Combustion of ethyl alcohol is a free radical reaction, which means that combustion involves the movement of one electron at a time rather than in a pair.

Let us understand these three steps in detail.

Step 1: The initiation step includes the formation of oxygen radicals by an ignition source.

Step 2: The propagation step is basically the generation of hydrogen radical by breakage of the C-H bond.

The hydroxyl group is a good acceptor of hydrogen radical as compared to the hydrocarbons and hence, increases the rate of the reaction. It explains the flammability of ethyl alcohol.

Hence, three molecules of water are formed in the reaction.

However, the ethane part of ethyl alcohol is converted into two molecules of carbon dioxides by combining one carbon radical with two oxygen radicals.

Let us understand the flammability of alcohols with respect to hydrocarbons in terms of the energy of electrons present in the bonds of reactants and products.

As we know that, the combustion of hydrocarbons also produces carbon dioxide and water. Hydrocarbons are also flammable because the energy of electrons is higher in the C-H and C-C bonds of the reactant than the C-O and O-H bonds of the products.

Similarly, alcohols are flammable because they also contain high-energy electrons in C-H and C C bonds. Hence, these bonds can easily combine with the oxygen molecules by a free radical mechanism.

Ethyl alcohol is used as an antiseptic and disinfectant. It is also used for the production of useful organic compounds, where it acts as a solvent.

It is also used as a solvent in the preparation of liquid medicines for cold, cough, and mouth wash.

Ethyl alcohol has been used as an antidote to various poisons like ethylene glycol and methanol. It is miscible with water still its high concentration is used to dissolve various water-insoluble compounds.

The important characteristics of ethyl alcohol i.e., its flammability will be discussed here in detail. For that, we should be aware of some basic terms such as flammability, and flashpoint.

In this article, we have focused on the flammability of ethyl alcohol, which is simply named alcohol as it is an active ingredient in alcoholic drinks.

We hope that you understand the flammability of ethanol.

If you have any doubt regarding this topic, you are most welcome.