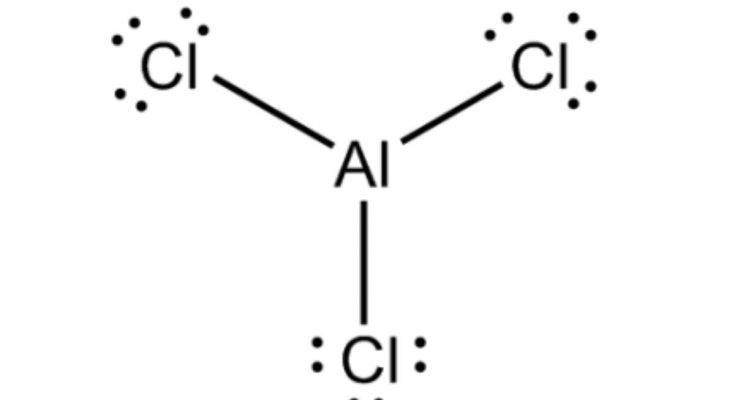 The formula of this compound is AlCl3(H2O)n (n = 0 or 6). It has a molecular weight of 133.34. Anhydrous aluminum chloride is a white to gray powder that smells pungent.

The compound often displays a yellow color compared to the white pure color in case it is mixed with iron chloride.

Anhydrous aluminum trichloride is used in various chemical applications as a Lewis base. Aluminum chloride solution looks like a straw-colored liquid.

Denser than water. It is also found in over-the-counter antiperspirants as well as prescription drugs for reducing bleeding.

Contact with skin, eyes, and mucous membranes may cause severe irritation. It may be toxic if ingested.

Let’s study the fact regarding whether it is an ionic or a covalent compound.

Let study the reasons in detail.

The Explanation behind the Covalent Nature of AlCl3

The below three crucial reasons justify the covalent nature of Aluminum chloride.

Reason 1: Because the ionization energy for Al is high, it’s hard for chlorine to strip electrons from that outer shell.

Therefore, Al rather than losing 3 electrons, shares its electrons with 3 Cl ions. When electrons are shared between 2 atoms; a covalent bond is formed.

Explanation: All the electrons in an ionic bond are not shared by two atoms. Rather they are transferred from one atom to another.

The magnitude of the charge depends on the number of electrons transferred.

Since aluminum has a +3 charge, it has a comparatively large positive charge. This positive charge then exerts an attractive force on the electron cloud of the other ion that has accepted electrons from either aluminum (or other) any other positive ion.

The difference can be seen via the comparison of this example.

The bonds present in aluminum chloride are ionic, though they do exhibit increased covalent character.

Aluminum has a +3 charge. When it binds with the chlorine atom, the positive ions pull the electron cloud of chlorine.

Now considering a chlorine atom, it is comparatively small in size.

Thus, the electrons in the outer shell are strongly shielded from the nuclear charge.

It creates an ionic bond with the covalent character.

Reason 2: If the anion is large, the bond will be covalent.

To explain this further, if we look at AlF3 and AlCl3, the F ion is smaller than a Cl ion. Thus, AlCl3 will make a covalent bond while AlF3 will make an ionic bond. 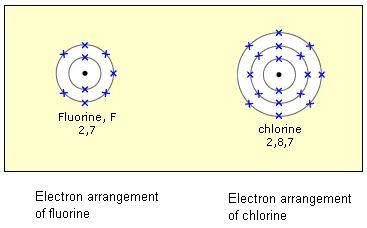 Explanation: AlCl3 does not have a complete transfer of electrons between the metal and the non-metal. Rather the two atoms mutually share the electrons.

The 3 electrons in the valence shell of Al are arranged in concentric electron shells around each of the 3 Cl atoms so that it can attain a stable electronic configuration of eight electrons in its outer shell.

Given that Al3+ is a small, highly charged cation, it has a high charge density.

The ionic bond between chlorine and the hard cation has a significant covalent character since it is relatively large and has a low charge density. It is easily polarized by aluminum ions.

The Cl atoms obtain 1 electron from the Al atoms to obtain their stable electron configuration likewise.

Hence, AlCl3 is a compound formed by the joining of one atom of Aluminum and three atoms of Chlorine.

Reason 3: If the difference between the electronegativities of two bonded atoms is less than 1.7, then the bond will show a covalent character.

The electronegativity difference between chlorine and aluminum is 1.55, which indicates that an AlCl3 bond is covalent.

The difference in the electronegativities of chlorine and aluminum indicates the strength of electron density of these two atoms in comparison to each other.

Fluorine (being extremely electro-negative) will stripe electrons from aluminum making the bonds more ionic than covalent.

But AlCl3 is covalent due to its low electronegativity difference.

Why is Hydrous AlCl3 Ionic?

AlCl3 is covalent. Hydrated AlCl3 is ionic because the 3rd ionization enthalpy of Al is high, meaning it takes a lot of energy to convert an Al into an Al3+.

Consequently, we can say that it likes to form covalent bonds with Cl atoms.

However, it is observed when AlCl3 encounters a hydration process that releases an abundance of energy dissolved in water.

E indicates energy. This same energy is enough for lifting 3e− from the Al atom.

In this situation, it is noticed that Al does not survive as Al3+ anymore. Rather it is found in the following forms:

This infers the ionic nature of the Hexa – hydrated aluminum chloride.

The anhydrous AlCl3 is covalent in nature because of the high polarisation property of Al+3. AlCl3 showcases the following reaction when hydrated.

AlCl3.6H20 is ionic in nature as the hydration energy power of the Al3+ is greater than its ionization energy.

Covalent compounds are defined by bonds between atoms where electrons are shared.

Covalent bonds are distinguished by the division of electrons between two or more atoms.

These bonds generally occur within nonmetals or between similar elements.

Two atoms with related electronegativity will not transfer an electron from its outermost shell, The atoms alternatively share electrons to fill its valence electron shell.

Check out the article I wrote on the covalent nature of CH4.

What are Ionic Compounds?

The force that causes ionic bonding is called an electrostatic force.

The electrostatic force is caused by the attraction between opposite charges.

These positive and negative charges attract one another, creating a strong bond.

Also, ionic bonds are formed between metals and non-metals. Non-metal acts as an electron acceptor and vice-versa.

Usually, metals lose their electron to non-metal to make a stable compound. More than one electron could be transferred to make an ionic bond.

Sodium chloride or table salt is ionic in nature. Sodium is more electronegative in comparison to chlorine.

This leads to sodium losing an electron and gaining a positive charge.

Thus, chlorine gains a negative charge as it has attained an electron.

Hence these two oppositely charged atoms get attached because of this strong attractive force.

Other examples of compounds exhibiting ionic bonding are KI and MgCl2.

You can also check out the article on the ionic character of MgCl2.

3. It acts as a poor conductor of electricity at a molten state.

4. The color of aluminum chloride is white. However, it is often contaminated with iron trichloride. This makes it yellow.

5. It could be melted at pressures above 2.5 atm and temperature over190°C.

2. It is a principal industrial catalyst.

3. AlCl3 reacts furiously when it gets in contact with water.

1. Aluminum Chloride (AlCl3) is used essentially as a catalyst for diverse chemical reactions.

2. It is used largely in Friedel-Crafts reaction — in acylations and as well as in alkylations.

3. It is utilized in the manufacturing of anthraquinone from phosgene and benzene.

Aluminum chloride is a covalent compound. The below points proves the same:

1. A great charge density is exhibited by aluminum.

2. The electron cloud of the chloride is polarisable

3. The above two factors lead to the sharing of electrons mutually between the two positive aluminum ions and the negative chloride ion.

Hence, AlCl3 is a covalent character.