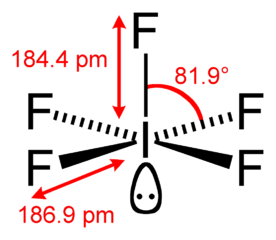 IF5 is an important molecule in the land of chemistry. Questions about the molecule have been asked in various exams. Some of the common questions that are asked include – How is it formed? Is this molecule stable? Are there any uses of this compound? Draw the shape of this molecule etc. There are a lot of facts that make it an exception in many cases.

I am here to discuss all those facts and to teach you all that is there to know about this molecule including its structure, hybridization, shape, etc.

I hope by the end of this article, you will be well versed to answer any question about IF5 that comes your way!

IF5 (Iodine pentafluoride) is a colorless liquid, though some impure samples may appear yellowish. It was discovered in 1891 by Henri Moissan by burning solid Iodine in fluorine gas. The reaction is as follows:

It is an interhalogen compound that is used as a fluorination reagent in organic synthesis. Iodine pentafluoride (IF5) is broadly utilized in the creation of alkyl iodides containing fluoride, which act as an intermediate in the synthesis of perfluoro-organic mixtures.

These are then utilized to create water and oil repellent emulsions for the treatment of textiles and for fire extinguishing froths.

Before we begin making the Lewis structure for IF5, there are a few things to keep in mind.

A Lewis structure basically represents the number of valence electrons of an atom.

The easiest way to determine the number of valence electrons of an atom is by counting the number of columns of a periodic table left to right excluding the transition elements.

The only exception, in this case, is Helium (He) which has 2 valence electrons. Atoms try to achieve stability through the octet rule i.e each atom should have 8 electrons around it.

In lewis diagrams, valence electrons are represented by dots. So when we draw the Lewis diagram for the Cl atom we draw 7 dots around it.

Now we move on to the steps of drawing a Lewis diagram:-

1. The first step is to count all the valence electrons of each molecule.

Hence, a total number of valence electrons of IF5= 42.

A central atom is usually the one to which each atom is bound to. There is usually only one of it in a molecule. In the case of IF5, I (Iodine) is the central atom.

4. Put all the remaining valence electrons on the atoms as lone pairs (2 dots).

5. Turn the lone pairs into a double or a triple bond so that each atom has its complete octet.

As a last resort, check the formal charge of each atom. It should be the lowest possible and can be calculated by the formula given below.

Now in the case of IF5, we can see that I not only had completed its octet but had exceeded it by 2 electrons. We will come to that part in a bit.

We place these on the central atom I as lone pairs. Thus we have completed the Lewis structure of IF5. Now notice that the Iodine atom has 12 valence electrons around it.

This is an exception to the rule of octet known as expanded octet’s rule which states that central atoms that are found in the third period or below which are bound to highly electronegative terminal atoms (F) can have an expanded octet containing up to 12 valence electrons.

Hence I can hold up to 12 valence electrons. Now if you check the formal charge of each atom it comes out to be 0, which is the lowest value possible.

Thus the Lewis structure of any compound can be formed using these simple steps! 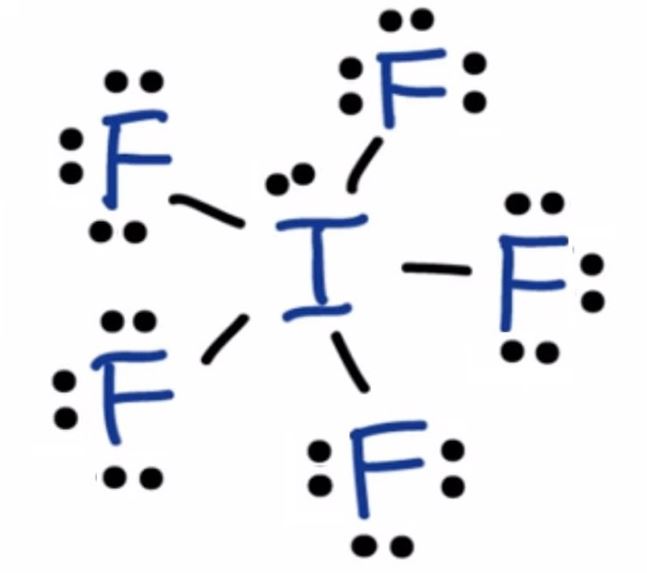 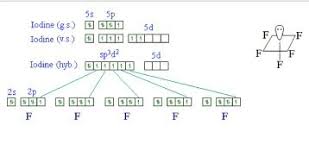 The Hybridization of IF5 is Sp3d2

The hybridization of a molecule can be understood in two ways:-

The Theoretical part – The central atom Iodine atom has 7 valence electrons. Its electronic configuration in the ground state is –

All the seven valence electrons are distributed in the s and p orbitals.

Hence the Hybridization is determined by counting the number of bonds made and the lone pair.

The formula to find the Hybridization is as follows:-

Now if H =2, then it shows Sp hybridization.

H= 4, it will show Sp3 hybridization

H=6, the molecule will have Sp3d2 hybridization.

Since the total charge of IF5 is 0, C and A will be zero.

H=6, indicating that its Sp3d2 hybridized. Hence, we can easily find the hybridization of IF5 using these two methods.

ICl5 is a very similar molecule to IF5. I have also written an article about ICl5. Check out the article on the lewis structure of ICl5.

The molecular geometry of IF5 is Square Pyramidal. The bond angles formed are close to 90°.

The molecular geometry of IF5 can be determined using the VSEPR theory. Given below is the chart of VSEPR. 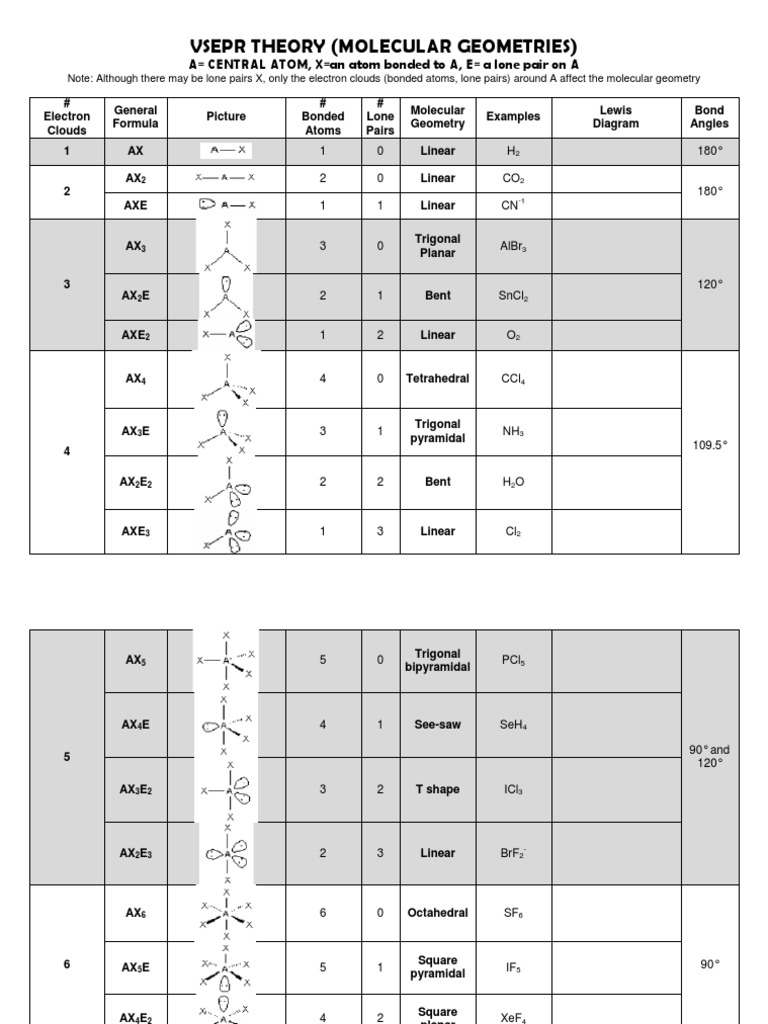 Hence its molecular shape is square Pyramidal and electron geometry is Octahedral.

Molecular shape depicts only the atoms when drawing the shape whereas electron geometry depicts all electron pairs as well, hence making it octahedral.

If we deeply check, then we will notice that due to the presence of lone pair, the shape of IF5 is little bent square pyramidal as shown in the below image. 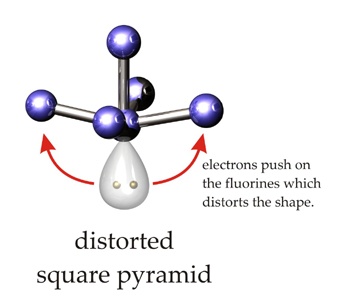 IF5 is a Polar Molecule.

Polarity occurs when there is a difference in the electronegativity of the two bonded atoms that induces an electric dipole moment.

This can be seen when we take a look at its Molecular Geometry. IF5 has a bent square Pyramidal shape because of lone pair and bond pair repulsion.

Notice that the 4 bonds of IF5 cancel each other out, but there is still one bond remaining.

Due to Fluorine being more electronegative than I, a dipole moment is induced thus making IF5 a polar molecule.

For more detailed information, you can refer to IF5 Polarity.

As I had stated in the beginning, to answer any question related to IF5, we need to know about its Lewis Structure, Hybridisation, Polarity, and Molecular Shape. All of these topics have been discussed in a simple and concise manner.

Now, you should feel confident about answering any questions about IF5 that come your way!

I hope all your queries have been answered and if you have any doubts regarding any of the above concepts, feel free to ask me. Happy Learning!