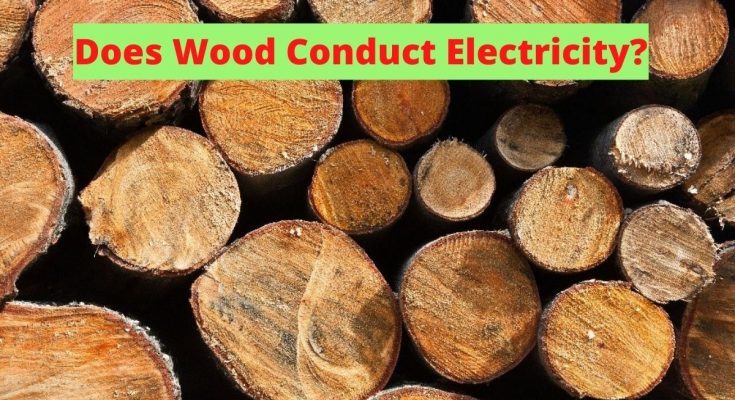 Wood in plants consists of the strengthening and nutrient conducting tissues such as the xylem and phloem.

Naturally, wood is composed of cellulose fibers embedded in the lignin matrix. Wood is used in making furniture, construction materials, papers, and also, as fuel.

Hey guys! Are you ready to go deeper inside the woods??

This article will tell you everything about wood and its electrical properties.

No. Wood does not conduct electricity. Wood is composed of lignin, hemicellulose, cellulose, and extractives that lacks free electrons to pass an electric current through it. However, damp or wet wood can conduct electricity up to some extent depending upon the wood species and the voltage applied.

Wood acts as an insulator as it does not let the electric current pass through it.  Wood is made up of a number of molecules combined together. The electrons associated with the atoms of these molecules are bound very tightly and are not available to move and conduct electricity.

Wood is placed in the category of dielectric material i.e. negligible electricity flows through it when it is placed in an electric field. However, slight separation of charges i.e. electric polarization does occur inside the wood.

To understand this, we must first understand what is electricity and how is it conducted.

You might have heard, Electricity is the flow of charge. But, what is this charge?

We know that three types of atomic particles are present inside every atom, neutral neutrons, positive protons, and negative electrons.

The protons and neutrons are not free to move as they are bound inside the nucleus of the atom.

Electrons are the lightest atomic particles and are free to move in and around atoms. The movement of these negatively charged electrons results in the conduction of electricity.

When an electric potential is applied across a material, the electrons start moving from negative to positive terminal resulting in the conduction of electricity.

Therefore, whether a substance will behave as a conductor or an insulator would depend upon the movement of electrons allowed in its atoms.

The movement of electrons in turn depends upon the strength of force with which these are bound to their atoms.

For example, in the case of metals, the outer electrons are loosely bound to their atom and are free to move around other atoms, also known as metallic bonding. This characteristic makes the metals good conductors of electricity.

On the other hand, wood is a mixture of a variety of compounds such as cellulose, lignin, etc. Therefore, a number of different molecules are placed close to each other.

The atoms of these molecules have their valence electrons tightly bound to their nucleus due to which their movement is restricted. Hence, free electrons are not available to carry charge in order to conduct electricity.

Thus, wood behaves as an insulator by not conducting electricity owing to the absence of free charge carriers inside it. 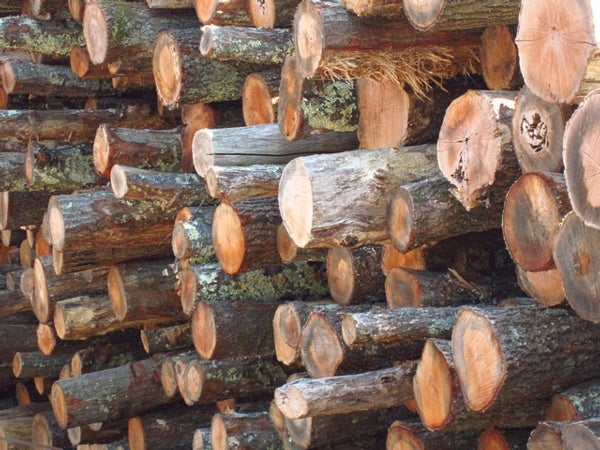 Ideally, no perfect conductors or insulators are known to occur. This means that even the best insulator would conduct some amount of electricity and vice versa.

As stated in the earlier section, wood behaves as a dielectric material. This means almost no current passes through the wood when it is placed in an electric field.

Therefore, wood behaves as an insulator in dry conditions.

Wet wood, on the other hand, is known to conduct electricity. However, it is not actually the wood that is responsible for this electric conduction but the water absorbed by it that has free charge carriers available in the form of ions.

Hence, water with more amounts of dissolved salts and minerals acts as a better conductor of electricity. 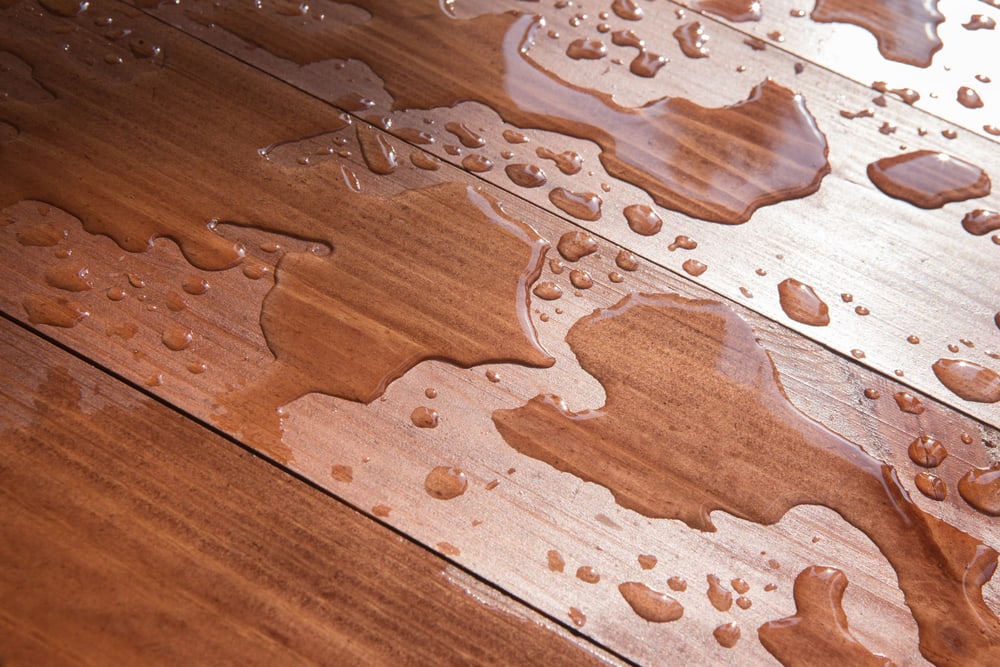 What Factors affect the Electrical Conductivity of Wood?

As discussed earlier, there are no perfect conductors or insulators. The materials that are termed insulators just do not conduct the amount of current required for a particular use or sometimes to get an electric shock.

Similarly, some other factors may also help wood behave as an electrical conductor.

A number of factors are responsible for determining the electrical conductivity of wood. A few of them are listed below:

• Temperature: As seen in the case of metals, the temperature change has a significant effect on the electrical conductivity of a material.

Some material acts as conductors or insulators under a particular range of temperatures.

• Moisture: As mentioned in the earlier section, dry wood is an insulator while wet wood may conduct electricity.

The electrical conductivity of wood also depends upon the quality of water as well as the extent of moisture absorbed by the wood.

• Wood species: A variety of woods are known to occur in nature. Amongst these, all have different structures and compositions.

It has been observed in a number of experiments that the wood species that contain more horizontal fibers behave as better conductors of electricity in comparison to those that have a large number of vertical fibers.

• Current Frequency: The electric voltage or the current frequency is a very important factor.

Actually, the insulators work as a barrier between the two conducting materials due to which they may be able to cut off the flow of current. However, if the voltage is very high, even a highly insulating material may conduct electricity.

This factor is especially important in the case of wood which is not the best of insulating materials.

• Thickness: As discussed above, an insulator acts as a barrier in the flow of current. However, if the insulating material such as wood is very thin, it may not be able to obstruct the current flow due to which electricity may pass through it.

• Impurities: Just like water, if other conducting materials are present as impurities in a wooden article, it may affect its electrical conductivity.

For example, certain decorative wooden articles are coated with metal layers that may help conduct electricity through the wood. 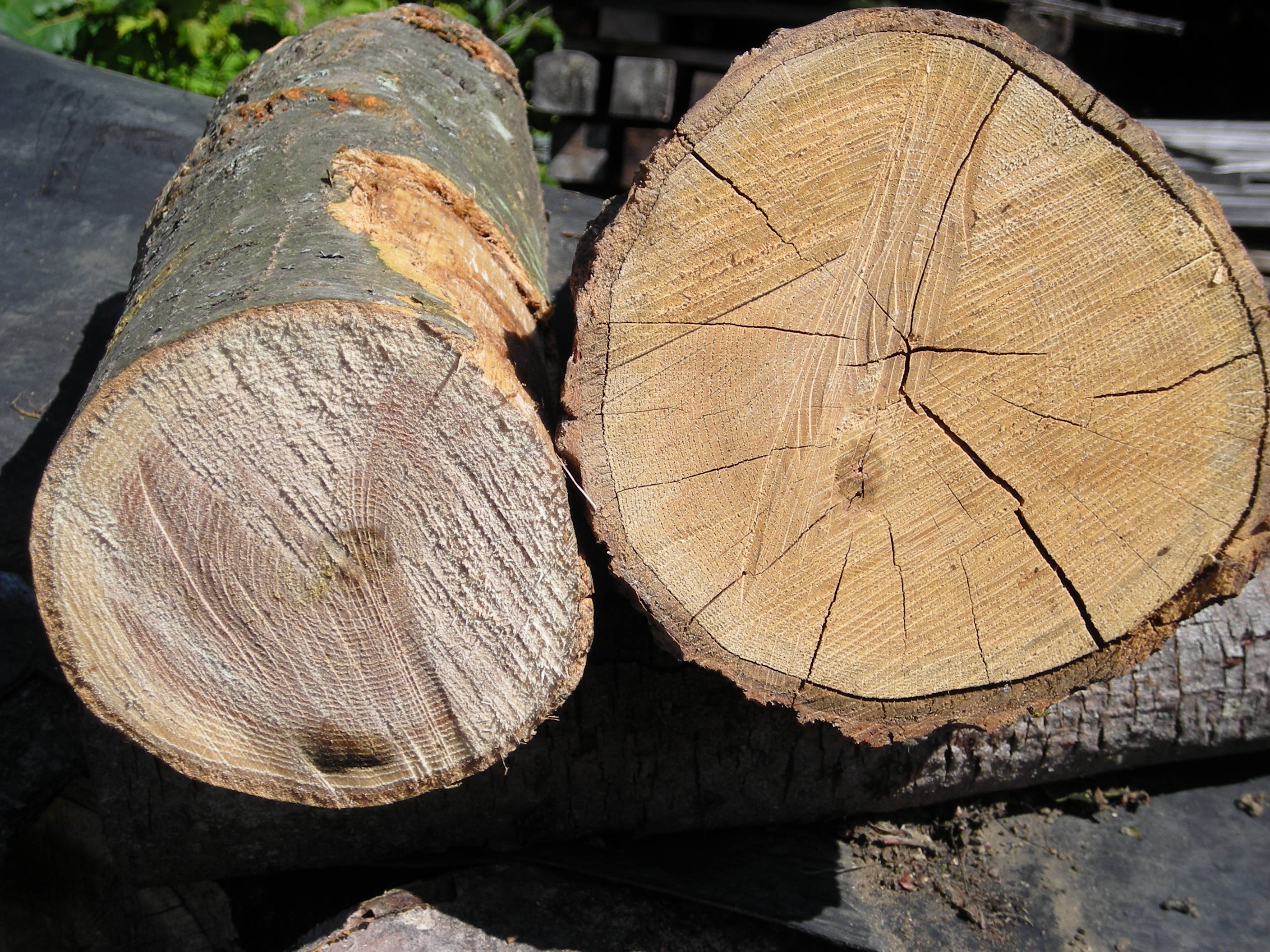 The Conductivity of Wood

The electrical conductivity of a material is the measure of its ability to conduct electricity. It is also sometimes called specific conductance.

A higher electrical conductivity is the property of conductors. It is denoted by the symbol σ and given by the unit siemens per meter (S/m).

The formula for electrical conductivity is given by:

R = resistance of the material

A = Cross-sectional area of material

We have already discussed that wood is an electrical insulator, therefore, it must have a very low value of electrical conductivity. Also, the values differ for dry and wet wood.

This also further confirms that wet wood is a better conductor of electricity in comparison to dry wood.

The Resistivity of Wood

The electrical resistivity of a material is directly opposite to its electrical conductivity.

The higher value of electrical resistivity is an indicator of the material being an insulator. It is the measure of hindrance offered by the material to the charged particles carrying current.

It is denoted by the symbol ρ, and its unit is written as Ohm meter (Ω m).

The formula for electrical resistivity is given as:

R = resistance of the material

A = Cross-sectional area of material

As wood is not an electrical conductor, it has a high value of electrical resistivity.

Does Wood Float on Water

Is Burning Wood a Chemical Change

Is CaCO3 Soluble in Water

Is Sugar Water a Compound

Wood does not conduct electricity as it is made up of different types of molecules in which the atoms have their electrons strongly bound to their nucleus. As there are no charge carriers available, the flow of charge is not possible.

Wet wood conducts electricity owing to the presence of water and dissolved salts and minerals. The ions present act as charge carriers and help in the conduction of electricity.