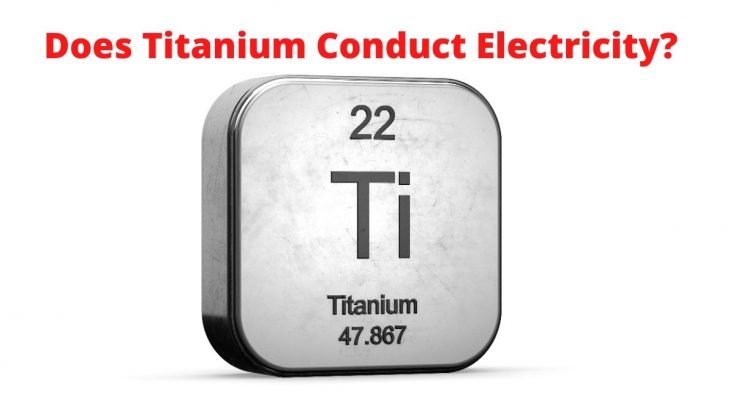 Titanium is a lustrous transition metal with an atomic number of 22 in the periodic table. It was discovered by William Gregor in 1791 and named after the Titans (the sons of Earth goddess) of Greek mythology. It is the ninth most abundant metal on the Earth’s crust.

In this article, we will discuss some of the most searched questions related to Titanium like-

So as compared to the electrical conductivity of copper, titanium exhibits only 3.1% of it. From this it follows that titanium conducts electricity; however, it would not be preferred like Aluminum, Copper, and silver where good conductivity is a prime factor.

Why is Titanium a Poor Conductor of Electricity?

There is a relationship between the electrical conductivity of an element and the arrangement of electrons in its outer atomic orbitals. Let’s understand this by comparing Aluminium (a good conductor of electricity) and Titanium.

The atomic number of Aluminium is 13 and its corresponding electronic configuration is [Ne] 3s2 4p1.

Whereas the atomic number of Titanium is 22 and its corresponding electronic configuration is [Ar] 3d² 4s². 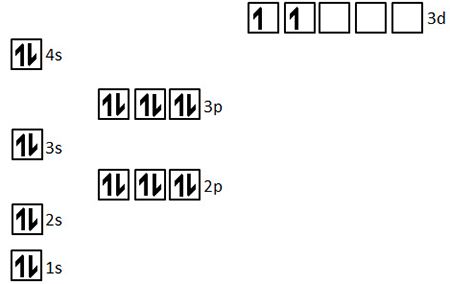 Now, it can be noticed that the outermost orbital in Aluminium ie, 4p is partially filled. It has one free electron that can be easily shared among adjacent atoms or molecules in the crystal and transfer electric charge throughout the metal.

Electrons present in the inner orbitals are a bit more closely linked with the nucleus so it is not easy for an atom to release them easily. As a result, when compared to other metals like Aluminium, titanium is a poor conductor of electricity. 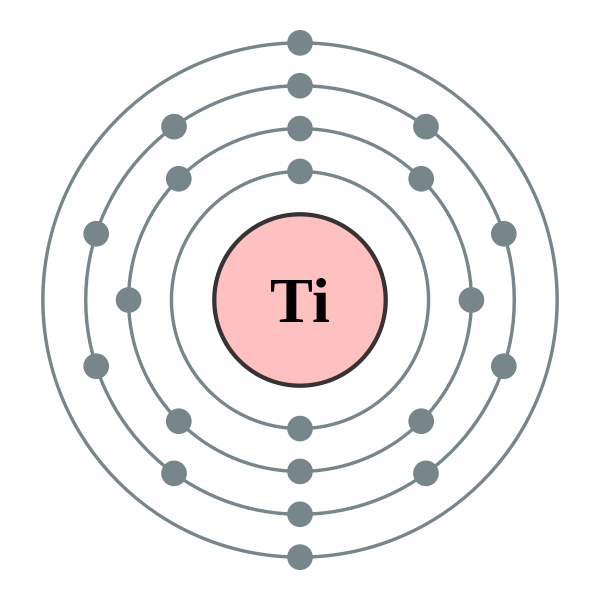 However, it is still much better at conducting electricity than an insulating material.

Since the mid-1960s, titanium implants have been surgically implanted into patients’ jawbone to mimic the functions of a natural tooth root. These biocompatible dental implants are incredibly durable and lightweight. 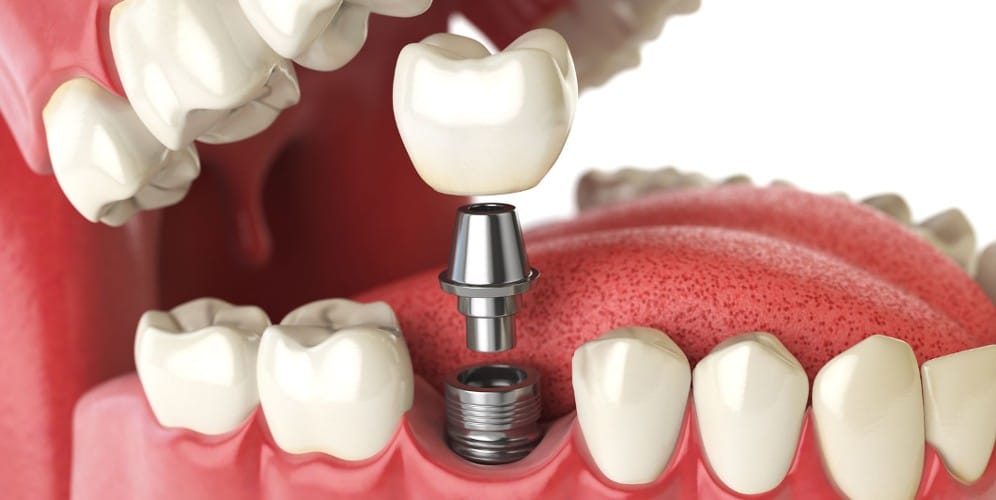 However, here the question is – do they conduct electricity?

In the case of titanium, it is not easy to delocalize its electrons to carry electric charge throughout the metal because they are not available in its outermost orbital. So, it conducts electricity but its electrical conductivity is quite low as compared to other metals.

In short, the electro-conductive property of titanium may contribute to the corrosion of implants in the acidic system over the years but titanium is considered to be safe for orthopedic implant applications.

What is the Electrical Conductivity of Titanium? 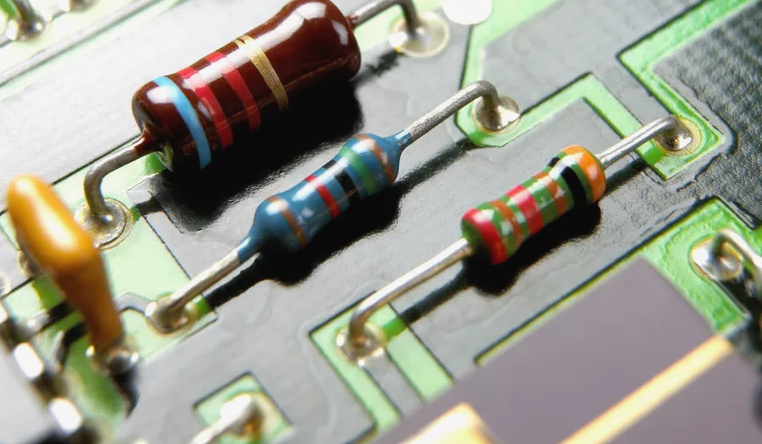 Electrical conductivity is the fundamental property of a material to allow the flow of electric current through it.

Besides the nature of the material (metal or non-metal), factors like temperature, electromagnetic field, and frequency of electric current affect the electrical conductivity of the material.

Electro-magnetic fields are present everywhere so, sometimes their presence with strong intensities interrupt the flow of current through a material.

Generally, an increase in the frequency of electric current increases conductivity but when increased above a certain higher limit (above 3 GHz), it causes a reduction in the electrical conductivity of the material.

In case of metals (having a large number of free electrons), the temperature is inversely proportional to the conductivity.

An increase in temperature leads to the thermal excitation of particles. As a result, the increased movement hinders the path of current flow and decreases the conductivity.

The table represents the electrical conductivity of materials at 200C

In general, metals have a tendency to lose electrons. These free electrons in the matrix start moving from the negative end to the positive end when the potential difference is applied across the terminals of the metal.

This gives rise to the flow of current through the metal.

Electronic configuration of Manganese and Titanium are as follows-

Both of them have completely filled outermost orbitals and partially filled next one inner orbitals.

So, unlike good conductors copper and silver, they do not release their valence shell electrons to carry electric flow.

Similarly, the electrons from partially filled inner orbital (d) are also not readily available as they are held more firmly by the nucleus.

Do you know the hard-drawn copper has more resistivity than annealed copper?

The table represents the resistivity of materials at 200C

Titanium is a unique metal with low density and high strength. It is as strong as steel but 45% lighter than steel. This combination makes it an ideal candidate for alloying.

Paramagnetic substances have small and positive susceptibility thus, they are slightly attracted by a magnetic field

As compared to other metals, titanium has fairly low electrical and thermal conductivity; however, still do better than insulators.

Titanium belongs to d block and is classified as a transition metal. So, it can use electrons from more than one of its electron shells (s and d) to make the bond with other elements.

It is a reactive metal. Its surface immediately gets oxidized upon exposure to air and forms a passive layer of Titanium dioxide. When it first forms, it is a thin layer, but it continues to grow with time and prevents the metal from corrosion.

Titanium is often regarded as the “metal of the future” because of its advantageous properties like high strength, low density, and corrosion resistance. Moreover, its alloys add greater malleability, ductility, and flexibility.