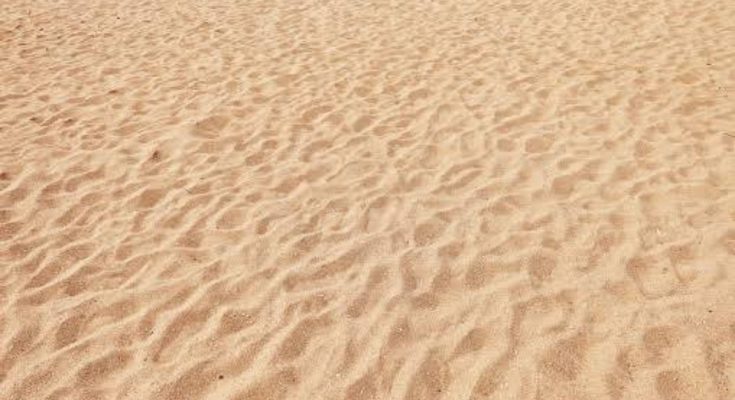 The mineral and rock particles that range from 0.2 to 2 mm in diameter are categorized as sand. It is formed due to the withering and eroding of rocks over thousands of years. The composition of sand differs depending upon the geographical conditions and sources of rocks.

So, the water absorption capacity of sand is low.

Why Does Sand Absorb Water?

The substance that absorbs the other substance is also known as the bulk phase and can be present in either the solid, liquid, or gas phase.

The absorption capacity of any substance depends upon the surface area of its particles and the overall permeability of the substance. 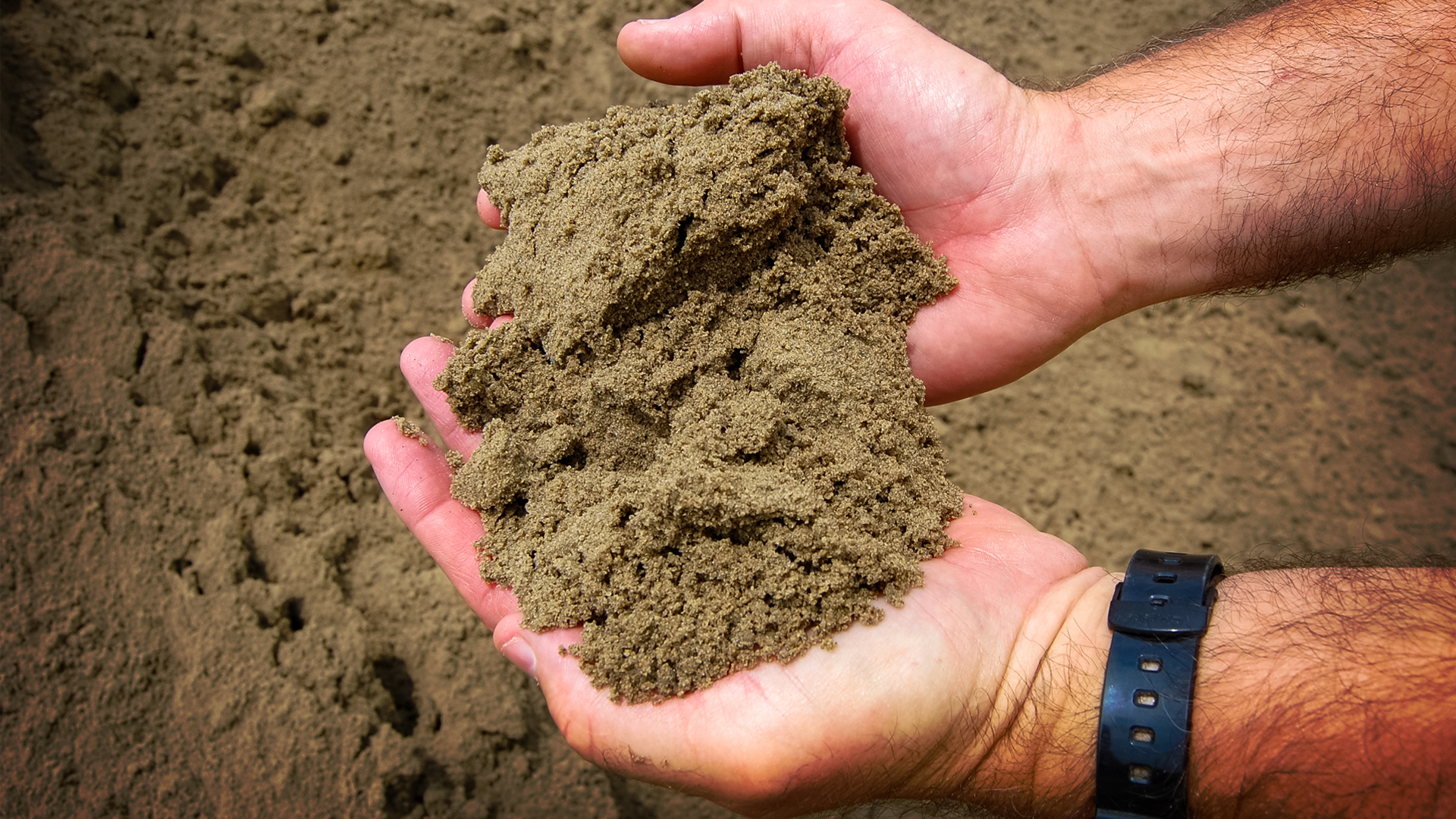 For example, dune sand is finer and absorbs more quantity of water in comparison to beach sand which is coarse.

However, in any kind of sand, the sand granules are quite large in size compared to other types of soils due to which they have a small surface area available for absorption of water. Also, owing to the large size of the particles the permeability of sand is high.

Hence, the water absorption capacity of sand is very low as most of the water is drained downward through the spaces present in between the sand granules. This is the reason sandy soil is not considered good for plants as most water percolates below leaving almost nothing for plants to absorb.

The sand particles are hollow from the inside. The cavities are usually filled with air under dry conditions, however, when water is mixed with sand the air inside the particles is replaced with water. This is why sand absorbs water.

Only 0.3% of the water is absorbed by the sand while the rest is drained down owing to its low absorption capacity for water. 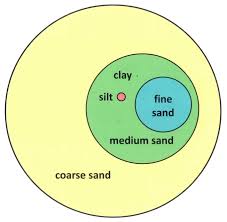 The answer is no. Actually, the sand particles are quite large in size due to which it is very difficult for the water molecules to remain adhered to them.

Water molecules easily bind to fine particles such as clay. Moreover, the organic content of the sand is very low.

Therefore, as discussed in the previous section the permeability of sand is high due to which most of the water added to the sand is drained down while the remaining is absorbed by the particles. The water holding capacity of sand is almost negligible.

The sandbags are made up of polypropylene bags filled with sand. They are still used as a traditional way to counter flood in many rural areas as they are known to absorb floodwater. 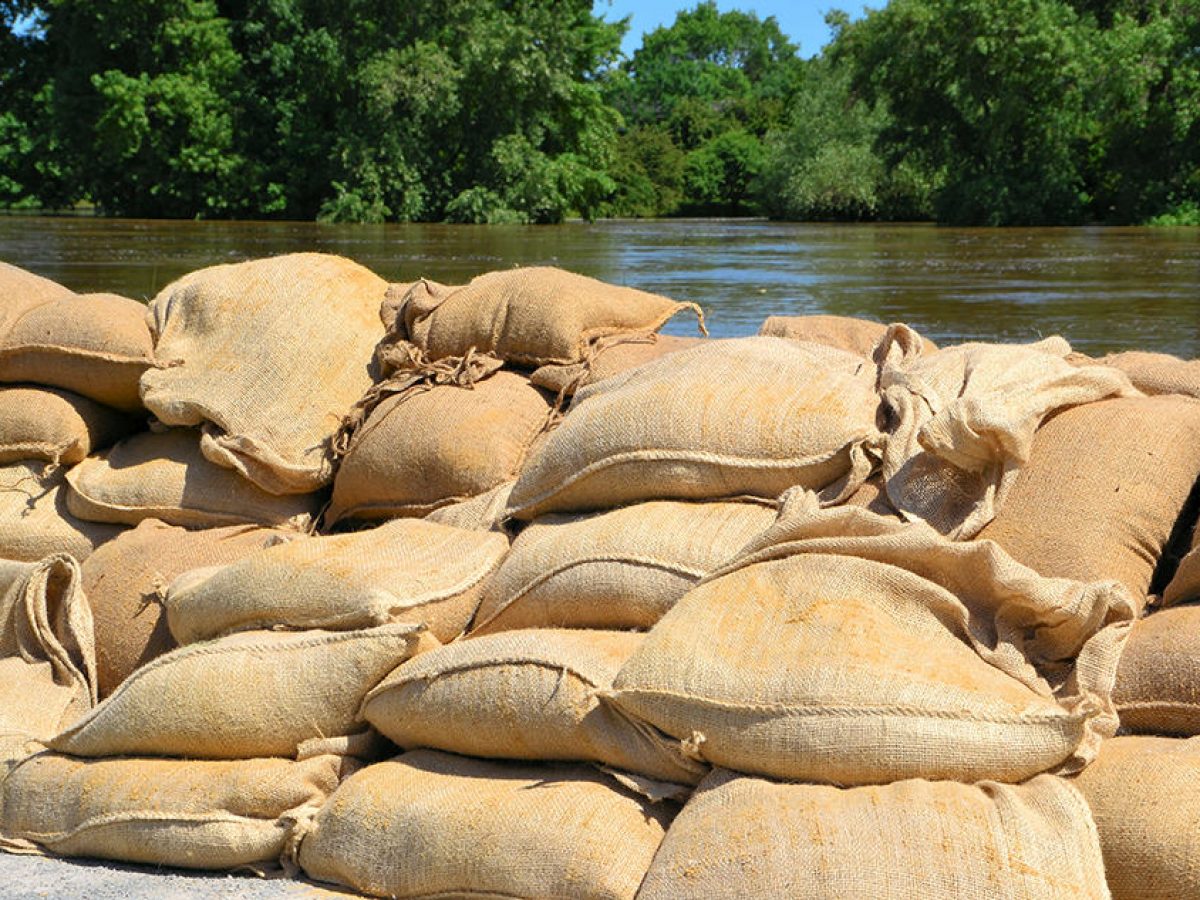 Actually, in sandbags, it is not only the sand that holds the water. Sand is a coarse material due to which it has enough space for water to pass through it.

However, the floodwater is usually filled with clay, silt, and other such material, as this water runs over the sandbags these materials get trapped between the sand particles inside the bags making the sandbags heavier and sand muddier.

This muddy sand does not let water percolate through it easily and almost blocks the entry of water when clay-like material stuff in. Hence, the absorption capacity of sandbags is similar to that of sand itself but the entire process explained above helps sandbags to act as effective barriers against flood.

In the case of sand, the particle size is quite large in comparison to other soils such as clay, loam, etc.

Also, amongst different types of soil, the sand is known to contain the least amount of organic matter. Hence, the normal pot soil or garden soil absorbs water more efficiently in comparison to sand.

Majorly, three types of soil are known to occur named as clay, loam, and sandy soil. Out of all these the clay soil is said to absorb the water in such high amounts in comparison to the other two types of soils.

The clay particles are very small and fine-textured due to which it is easy for the water molecules to hold onto these particles.

Sometimes the water molecules are bound so tightly that it is not possible for plants to use them. Also, the fine texture of clay soil does not let the water percolate down through it.

The loam soil is a mixture of clay, silt, and sand particles, and is considered the best soil for plants. It absorbs water in adequate amounts and drains out excess water due to which both water and air are available for the plants.

The sandy soil, on the other hand, has large particles due to which enough space is available between the particles to drain through them. Hence, it is not considered good for plant growth.

The water holding capacity of sandy soil is around

Therefore, out of the three types of soil the water retention capacity or absorption of water increases in the following sequence: 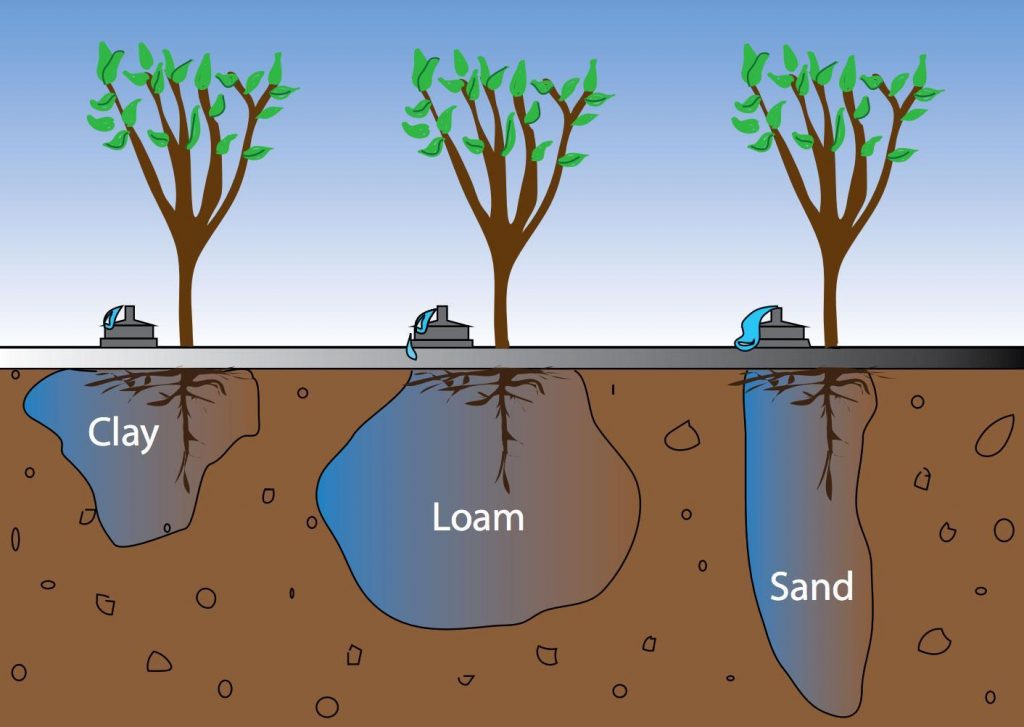 To check the water holding capacity of different soils, it is taught in schools with the experiment using the percolation method.

With this, the water holding capacity of different soils is measured.

Check out the below video.

Answer: The water absorption capacity of clay is maximum amongst all the soils. It is due to the large surface area available for the water molecules to adhere with clay particles.

• Sand is composed of small rock particles ranging from 0.2 to 2 mm in size.

• It is gritty in texture and water runs through it easily.

• It absorbs the least amount of water in comparison to other types of soil.

• It warms up and dries quickly due to which it is not suitable for plantation.

Sand absorbs water owing to its porous particles. The water replaces the air in the cavity of sand particles.

The amount of water retained by the sand is quite low in comparison to other varieties of soil.

The particle size of clay is the smallest amongst all the soil types due to which it provides a maximum surface area for the water molecules to get absorbed. Also, it has low permeability, hence, absorbs the maximum amount of water.

Amongst different soils the water absorption capacity increases in the following order: