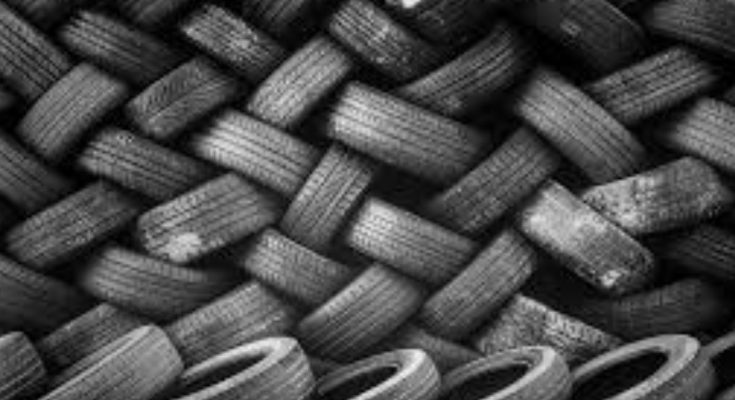 Many people may not wonder about it, but rubber is, theoretically, a pretty fascinating substance. From its inception, it was more of a novelty than a useful form of latex. However, with time, notable inventors like Charles Goodyear and Michael Faraday made significant improvements in the moulding and activation of natural rubber, eventually leading to the development of our favorite polymers in electronics today.

When we talk about the properties of rubber, one of the most common questions is whether rubber conducts electricity or not. Most people have an idea that metals conduct electricity while insulators such as plastic and wood do not. The reality is more than meets the eye.

In rare cases, the conductivity of rubber depends on the supporting material(carbon or metallic substances). If it contains free electrons, it may make rubber slightly conductive. Even so, these reactions need assistance, high temperature, and voltage for charged ions/electrons to oscillate freely.

Contents show
What is Rubber?
Types of Rubber
Additional Properties of Rubber
Why does not Rubber Conduct electricity?
What is the difference between a conductor and an insulator?
How can you tell if a substance conducts electricity or not?
Conclusion

Rubber, also known as cis-polyisoprene, is a polymer formed through the polymerization of cis-1, 4-polyisoprene. It is entirely made of carbon and hydrogen atoms (C 5 H 8).

Origin: It’s found most commonly in latex, but also the sap from trees and other plants as well as certain kinds of seaweed.

Uses: It is also mixed with different substances to produce different types of rubber such as Nitrile, EPDM, Butyl, etc.

Its elasticity makes it useful for a range of products, particularly those used for sporting goods, bumpers, and tires. It is highly resistant to tear or rupture over time.

Types: Following are the two broad types of rubber:

1. Natural rubber (or India rubber): It is known as latex, a milky white juice that oozes from cuts in trees. This process is called “tapping”. It contains small amounts (5%) of proteins, resins, inorganic salts, and even fatty acids.

Its structure renders it similar to silicone and gutta-percha. It is synthesized with conjugated diene((2-methyl-1,3-butadiene), also known as monomer isoprene. The double bonds in it are in z configuration, enhancing its elasticity. 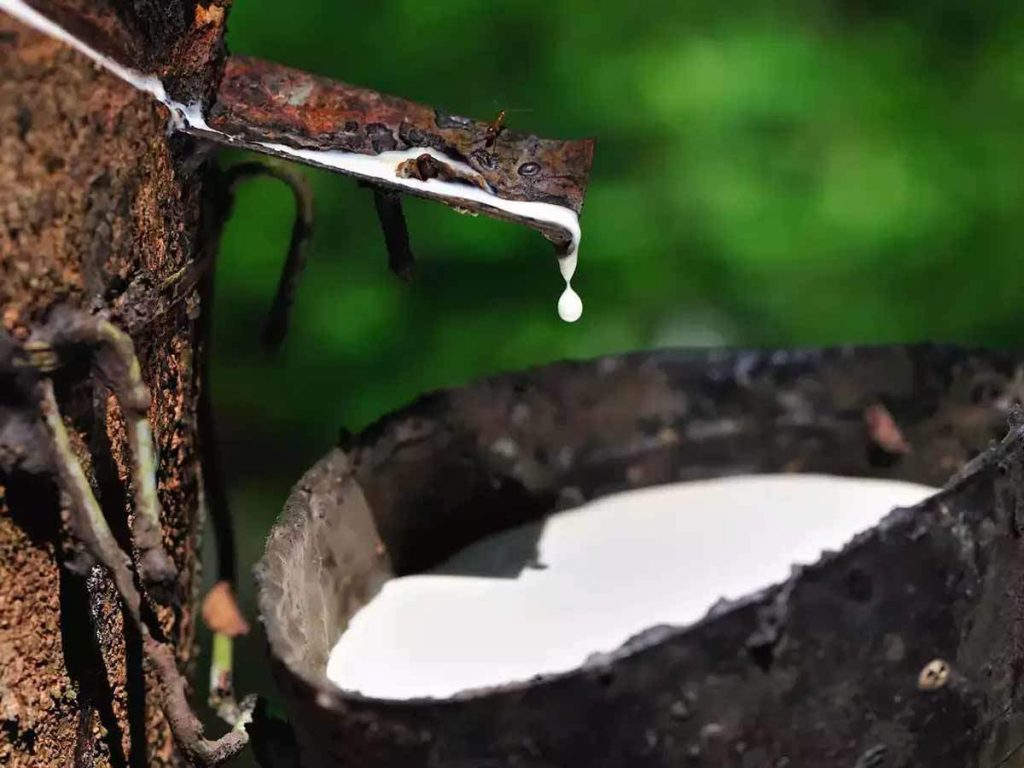 2. Synthetic rubber (Neoprene): It is an artificial elastomer for which crude oil and petrochemicals serve as the raw material. It is formed with a combination of the following conjugated dienes: 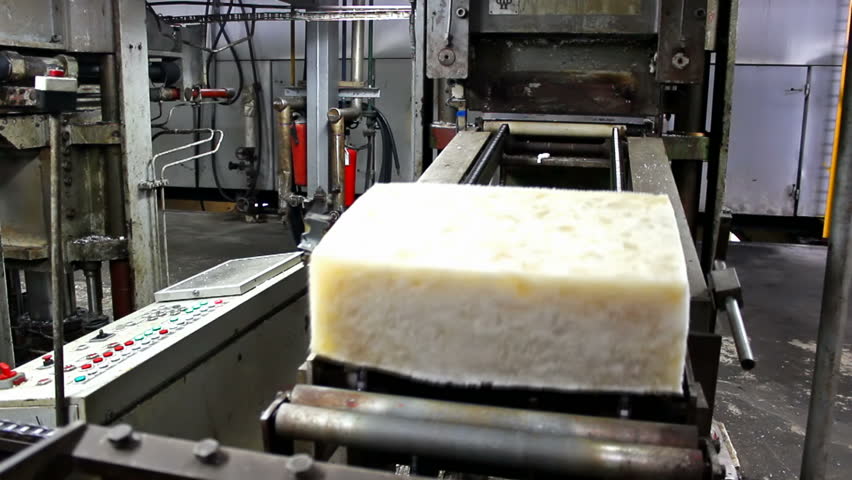 Why does not Rubber Conduct electricity?

To understand this, let’s analyze the molecular structure and composition of rubber:

1. Rubber is a hydrocarbon comprising hydrogen and double bonds of carbon. The ratio of carbon to hydrogen atoms always exists as 5:8.

2. In addition, its non-metallic structure is held with covalent bonds having primary units of polymers(monomers). These units are entangled in a prolonged chain formation.

3. Its atomic form is deprived of free electrons (conduction bands or charge carriers) in the outer shell. Therefore, there are no electrons to jump from one atom to another for a smooth flow of electric current.

4. On a similar note, according to Band theory, rubber has only sigma bonds (strong covalent bonds) in addition to fragile pi bonds (non-overlapping) in its low energy valence band. Thus, resulting in an empty higher energy band (zero free electrons).

5. These pi bonds exist at positions like 2,6,10 and are not alternatively creating a large energy gap between the two bands. As a result, all the bonding electrons of the valence band remain positioned.

And when certain electrical voltage comes is passed through the ends of the rubber, the electrons in the valence resist their movement to the conduction band, conducting nil electricity.

Moreover, it acts as an insulator until it’s heated past its electrical breakdown temperature. Until then, both types of rubber are bona fide electrical insulators.

Exception: Though many products made from rubber also contain other materials that can make them conduct electricity. For example, most rubbers used in shoes – and sometimes gloves and wetsuits – are mixed with carbon black, which conducts electricity when mixed with rubber.

This makes the rubber slightly conductive under uncertain circumstances.

What is the difference between a conductor and an insulator?

Conductor: It is an object that easily transfers heat, electricity, or sound from one atom to another. The molecules inside it have an uneven distribution of electrons that readily passes an electric current and allows a large amount of charge to flow through it.

Insulator: It is defined as a substance that does not pass an electric current easily, and allows only a negligible amount of charge to flow through it under extreme voltages. Otherwise, it opposes and stores it.

The terms conductor and insulator are based on the ability of a material to allow the movement of electrical charge. The metals that we are used to dealing with in most circuitry are examples of conductors.

Insulators are typically used in place of a metal where corrosion is a hazard because their literal purpose is to prevent the flow of electricity.

How can you tell if a substance conducts electricity or not? 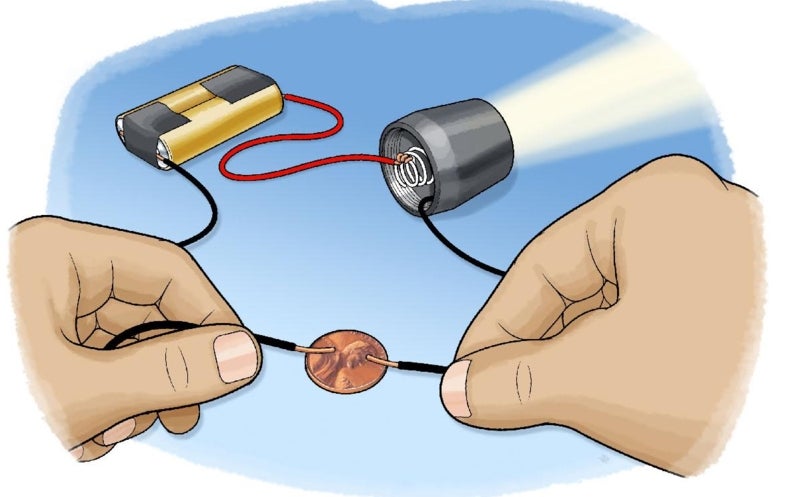 Conducting electricity essentially means a material can let electrical energy pass through it. It’s important to know that not all materials have this ability. Sometimes this depends on the type of material and its components as well.

To be specific, below are the three aspects that determine conductivity and are dependent on the material’s nature.

1. Free Ions: The compounds with strong conductivity break into charged atoms or ions in water. They are bound together with attractive electrostatic forces and let the current flow smoothly.

But, in the case of rubber, temperature elevation will not affect. However, it may deteriorate itself and get discolored due to its polymer structure. The heat affects the lengthy chains causing vibration and shrinkage.

3. Density: Low-density substances have higher electrical conductivity. For example alkali metals. They contain one free electron in their outer shells carrying current throughout their surface.

Rubber is a product of latex with its unique properties that are used across different manufacturing industries. It also works as an insulator because it doesn’t contain any free electrons to conduct electricity. Its internal structure makes individual electrons stable eliminating all opportunities for them to move freely carrying an electric current.

It is a material made from the polymerization of several compounds joined together in chains. Rubber is present in almost everything we do. Rubber from your car’s tires is the reason you, and other drivers on the road, are safe while driving in bad weather and other conditions.

Many people use it to seal windows, cars, and buildings from the weather. They also use it for boots, gloves, protection pads, balloons, mattresses, surgical gloves, and bandages as it provides comfort and protection from electrical shocks.