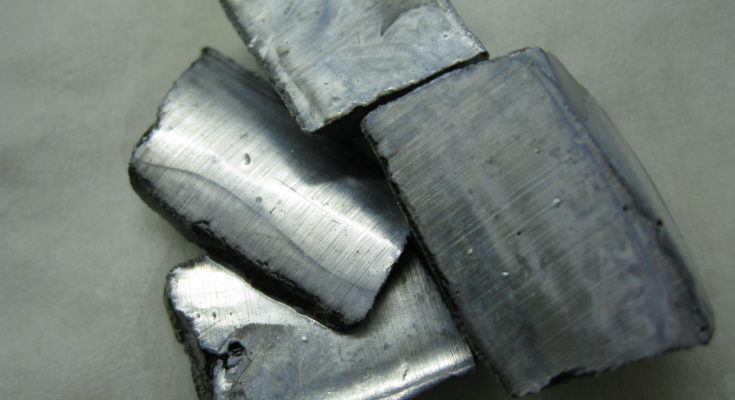 Potassium is a chemical element that lies in the first group of the periodic table. It is classified as an alkali metal. It is the seventh most abundant element present in the earth’s crust. It contributes 2.6 percent of the mass of planet earth.

Students may have many questions about Potassium’s electrical conductivity. It is a valid question to ask whether potassium can conduct electricity or not. In this article, I’ll discuss the electrical properties of Potassium.

Potassium is extracted from the igneous rocks, sediments in minerals. It exists as a white-silvery colored soft metal that can be easily cut with a knife. 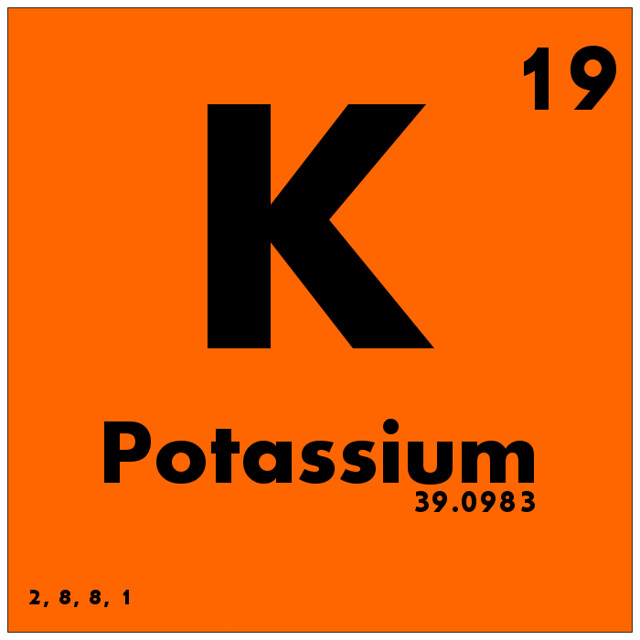 Potassium is a reactive element, it readily reacts with oxygen on exposure to air and forms white-colored potassium peroxide. It is classified as an alkali metal that has only one electron in the outermost shell of its atom. This single electron can easily be removed to form positively charged ions (cation).

The Potassium in aqueous solution gets dissociated into potassium ions that are free to move in the solution and acts as a carrier to conduct the electricity on applying a potential difference across the solution.

On the other hand, Potassium is rich in free electrons which can allow the transport of mobile electrons that conducts the electricity.

Potassium has its greater atomic radius as it contains 4 electronic shells. And only 1 electron is present in the outermost shell. Therefore, it takes a lesser amount of energy to remove the valence electron. The ionization energy of potassium is 419 kJ/mol.

Ionization energy is defined as the minimum energy required for removing the valence electron out of the atom.

The conductivity of potassium can be understood with the explanation of the electrolysis of Potassium Chloride.

Here are the steps for electrolysis:

The free electrons moving from the negative terminal to the positive terminal generates the electric current.

Factors that affect the conductivity of an electrolyte

Type of electrolyte: A strong electrolyte is an electrolyte that completely ionizes in the solution. In such electrolyte large number of ions are present whereas weak electrolyte contains a few numbers of ions.

Some of the examples of strong electrolytes are Sodium Chloride, Potassium Hydroxide, and Sodium Hydroxide.

The strong electrolytic solution contains a greater number of ions and therefore, has more conductance of electricity because the number of free ions is only responsible for the flow of current.

The variation in conductance on decreasing concentration of the electrolyte is different for strong and weak electrolytes.

On dilution, these inter-ionic forces of attraction become weak and ions get far from each other and due to which the molar conductivity of electricity increases.

Concentration effect on weak electrolyte: The number of ions present in an electrolytic solution depends upon the extent of dissociation it undergoes.

On dilution, the degree of dissociation increases. As a result of the number of ions increases that flow electric current and therefore, molar conductivity also increases.

Temperature: With the increases in temperature, the degree of dissociation also increases. Therefore, the number of ions increases to flow across the solution that increases the conductivity of electricity. 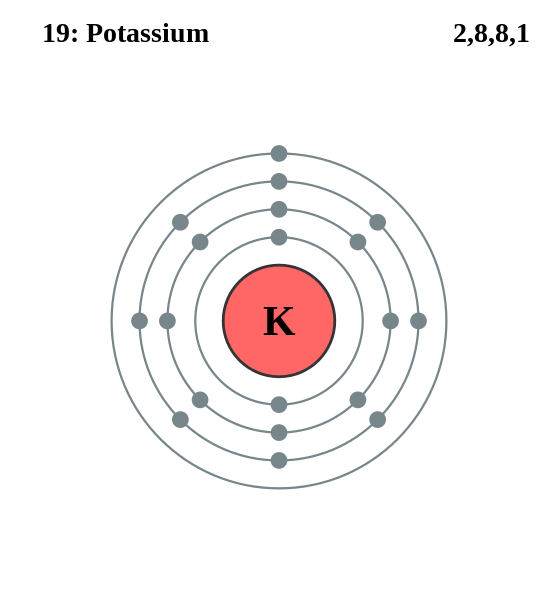