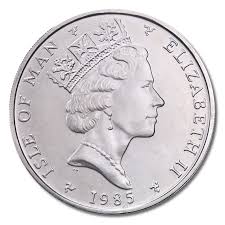 Platinum is one of the rarest and most valuable metals on earth. The metal flaunts luster, is durable, and looks splendid. As per popular beliefs, the metal is said to be resistant to tarnishing, but what if we tell you it is not the case and the metal tarnished but it is invisible to you? Read below, if you want to know more about the same.

So, does platinum tarnish? According to popular belief, Platinum does not tarnish, but it was seen that in the 400 to 500 degrees Celsius range, there is a formation of an oxide layer on the surface of the metal. This oxide layer is formed due to the reaction of platinum with the oxygen present in the air. This layer is sometimes invisible, which leads to the belief that the metal never tarnishes.

How does platinum tarnish?

When Platinum is oxidized or is heated in presence of air or oxygen, a thin tarnished film gets developed on the surface and this film could either be visible or invisible.

However, after exceeding the temperature known as critical temperature, the tarnished film gets removed and the original metal is seen on the surface.

The growth of a film on platinum

Around 100 years before, it was found by Thomas Alva Edison that when platinum is heated, it losses a considerable amount of weight in an environment where oxygen or air is present as compared to the environment where there is no air or vacuum is present.

Then he gave this phenomenon the term “air-washing”. He suggested that the currents of air carry away the particles from the metal, thus making it lose weight.

However, the reason suggested by Edison does not hold as it was just a mechanical process and does not involve proper logic.

But today, we all are aware of how oxidation plays a role in the loss of weight of platinum and how it changes with the change in temperature.

If you heat platinum in the presence of air up to the point it turns red hot, then you will notice a transparent oxide layer of PtO2 is formed on it.

Unlike platinum, silver has a brownish layer of silver oxide on its surface makes it look rough from its surface. Here is the article to check rusting in silver.

The primary evidence which supports a film present on the surface of the platinum metal could be proposed through the electrochemical studies.

The film of the oxide can be increased with the help of anodic oxidation in many electrolytes.

Temperature and formation of platinum oxide

The process of oxide formation and temperature are linked as it is seen that there is a certain range of temperature till which the platinum metal or its alloys get oxidized.

This range is known as the critical range and after this critical range of temperature the formation of the oxide ceases to exist and the layer of the film depletes instead of increasing. The exact temperatures at which this transformation takes place is still not known.

After the critical temperature, the metal is seen to reach its original, oxide-free state. The process with which the oxide is removed from the metal is still under debate.

However, the dissociation of the film at high-temperatures is not a convincing reason as the affinity of the oxygen for platinum increases as the temperature is increased, so the formation of oxide should be favored at high temperatures, but its opposite takes place.

This makes the evaporation of the oxide layer as the better reason of how the oxide layer diminishes. The layer undergoes a transformation of phase when it is heated, the PtO2 solid changes into PtO2 gaseous form.

Pressure and formation of platinum oxide

It is seen that the atmospheric pressure plays an important role in the removal of the oxide layer above the critical temperature.

The phase change will depend upon the freedom at which the oxide of the metal tries to escape from the neighborhood of metal. 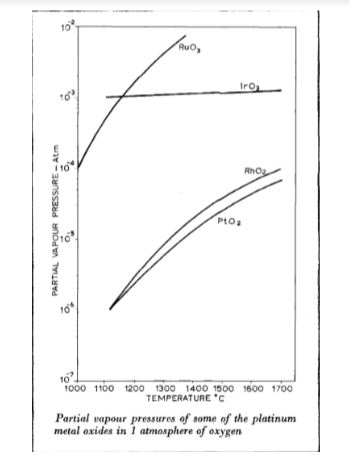 If the environment around the heated platinum shows no activity and remains still, and the layer of oxide deposited on the metal is thin, while the heating is slow and thorough, then the phase change takes place throughout the metal surface and molecules are dispersed.

However, if the environment where this change is taking place is turbulent then there are chances that a large number of molecules are swept away.

These conditions hold when the tarnished film on the surface of platinum is thin.

What happens when the oxide film is thick?

If the oxide film is thick, then there is a probability that the PtO2 molecules are not dispersed. The partial vapor pressure of the gas above the surface of the metal will increase the equilibrium value.

The platinum layer will have an atmosphere of a super-saturated PtO2 around it. In normal conditions, the super-saturated state results in the formation of solids but here, the PtO2 solid cannot exist when the temperature is above a critical temperature.

Hence, to restore the equilibrium in the environment the platinum metal gets deposited on the surface, this suggests the dissociation of the PtO2.

It is known that platinum is one of the noble metals and does not tarnish easily. The metal is hypoallergenic and is an excellent choice for a metal used for making pieces of jewelry.

The metal can be extracted to very high purity, making it strong. However, the metal tarnishes by developing a film or layer on the outer surface known as Platina.

Platina is a broader term that is used for the tarnished surface present on platinum and the related alloys.

Rate of oxidation and the existence of oxide molecule

There has been an extensive study by many scientists and metal enthusiasts to study the process which governs the rate at which the gaseous oxide is developed on the metal surface and gets diffused in the heated platinum strips, wires, ribbons, etc. Many scientists like George C.

Freyburg from the National Aeronautics and Space Administration or NASA has conducted studies to see the loss of weight in the platinum at various pressures.

He was successful in showing that the rate at which the oxidation takes place depends on the rate of escape of oxide molecules and not on the diffusion of the oxygen at the surface of Platinum.

In his report, Freyburg has stated that as the pressure of oxygen is increased in a controlled environment, the chances of collision between the gaseous molecules of PtO2 increase and this leads to the deposition of the platinum molecule on the surface as they are reflected at the metal surface.

However, this will contradict the statement that the metal oxide gets dissociated at such high temperatures, but it could be said that the metal can be formed when on returning the molecule reaches a super-saturated state and oxide molecules are compelled to drop their platinum on the surface.

Platinum tarnishes under certain circumstances, heating is one of them. This leads to the formation of platinum oxide or platina on the surface of the metal. However, this layer dissociates as the metal is heated over a certain critical temperature. The color of Platina ranges from black to colorless, colorless being the most common of the lot. However, the jewelry makers try to hide the fact about the oxidation of the jewelry for getting better sales.

But from the above report, we have found that it is not true. So next time if someone tells you that platinum does not tarnish, you know the correct answer