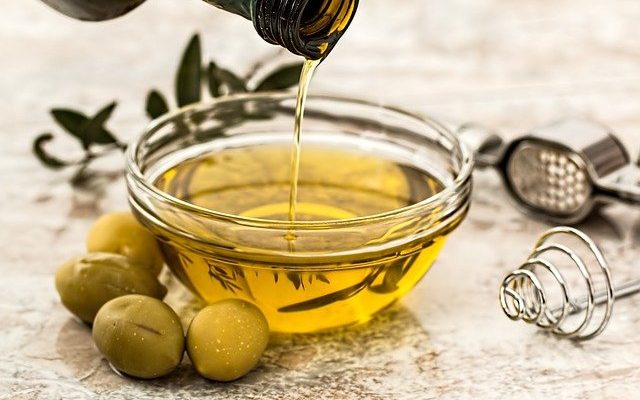 Curiosity is an intriguing thing. It makes us wonder about things that lead us to new discoveries and solutions. Whenever you cook, what do you think happens to the oil? We usually see a sticky residue. But does that indicate that the oil has evaporated?

Does oil evaporate? While oil doesn’t evaporate as quickly as water, some oils do have the capacity of Evaporation. Volatile oils can evaporate when kept in the open air, whereas fixed oils are more resistant to evaporation.

In this article, we’ll explore the topic of oil evaporation through various experiments, results and find out the factors responsible for oil evaporation.

Contents show
Volatile and Fixed Oils
What are volatile oils?
What are fixed oils?
The phenomenon of Evaporation
Wind Experiments
The relationship between temperature and evaporation rate
Why does oil leave a residue while cooking?
The Evaporation of pure hydrocarbons
Conclusion: does oil evaporate?

Now, you must be wondering what is volatile and fixed oils and how they are different from each other. Before we answer your queries, let’s first talk about the chemical definition of oil.

Oil is a triglyceride which is an ester derived from glycerol and three fatty acids. It is a chemical substance that is immiscible in water and hydrophobic. Both carbon and hydrogen are present in the oil.

What are volatile oils?

Volatile oils are hydrophobic concentrated substances derived from plant tissues. They have the property to evaporate and cannot saponify, i.e., they cannot be converted into soaps on reacting with alkalis. These oils can be produced naturally by extraction, usually by using steam, and also synthetically.

Volatile oils are also known as essential oils. This name is not given to them because they’re important for our body, no. Instead, they contain the distinct essence or fragrance of plants from which they’ve been extracted.

Because volatile oils contain aromatic compounds, they’re also used in aromatherapy to induce relaxation and pleasure. The only drawback of using these oils is that they might cause irritation to our skin and lead to allergic reactions.

What are fixed oils?

Fixed oils are non-volatile oils that are derived from plant seeds and also from animals. They are insoluble in alcohol but soluble in lipid solvents like light petroleum, ether, chloroform, and benzene.

These oils can be saponified, i.e., easily converted into soaps on reacting with alkalis. 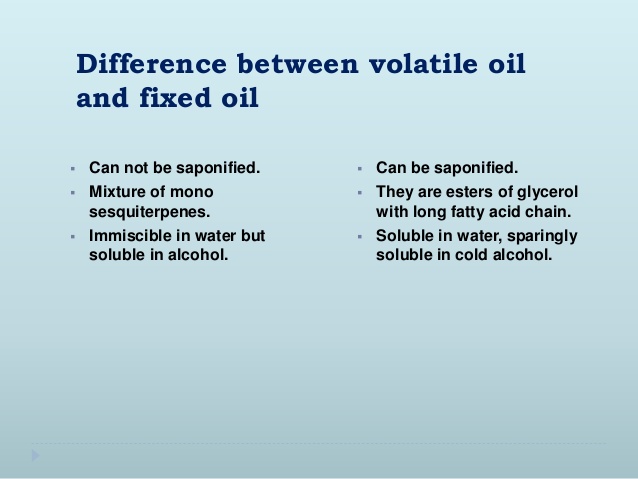 The phenomenon of Evaporation

Evaporation refers to the process of movement of molecules from the surface into the gaseous phase. The layer of air present immediately over the liquid is known as the air boundary layer.

This layer acts as an interface between the liquid and air. It is the characteristics of this very layer that influences Evaporation.

In the case of water, the boundary layer controls the rate of Evaporation. Water evaporates faster in the presence of wind and heat.

To check whether the boundary layer regulates the phenomenon of oil evaporation or not, wind experiments were carried out. Let’s learn about these experiments in-depth below:

Wind experiments were conducted using three oils- ASMB or Alberta Sweet Mixed Blend crude oil, Gasoline, FCC Heavy Cycle, which is a processed oil, and water. Because water is the only liquid among the four whose evaporation behavior is known, it was used along with three other oils in the experiments.

The experiment was carried out in one of the three locations- in a fume hood, a controlled temperature room, or on a countertop.

Everything was monitored, from the wind and air velocities to the measurements required for drawing various graphs required to arrive at conclusions.

After conducting these experiments, it was found that when oil is exposed to wind, it hardly affects its evaporation rate.

Thus, it was proved that oil evaporation is not regulated by the boundary layer.

The relationship between temperature and evaporation rate

When the wind experiments were carried out to find the relation between temperature and oil evaporation rate, the results were amusing.

The temperature was found to be the most influencing factor responsible for oil evaporation. It was seen that when oil is subjected to rising temperatures, then the evaporation rate increases linearly.

The following equation explains the linear relationship between oil evaporation and temperature:

Why does oil leave a residue while cooking? 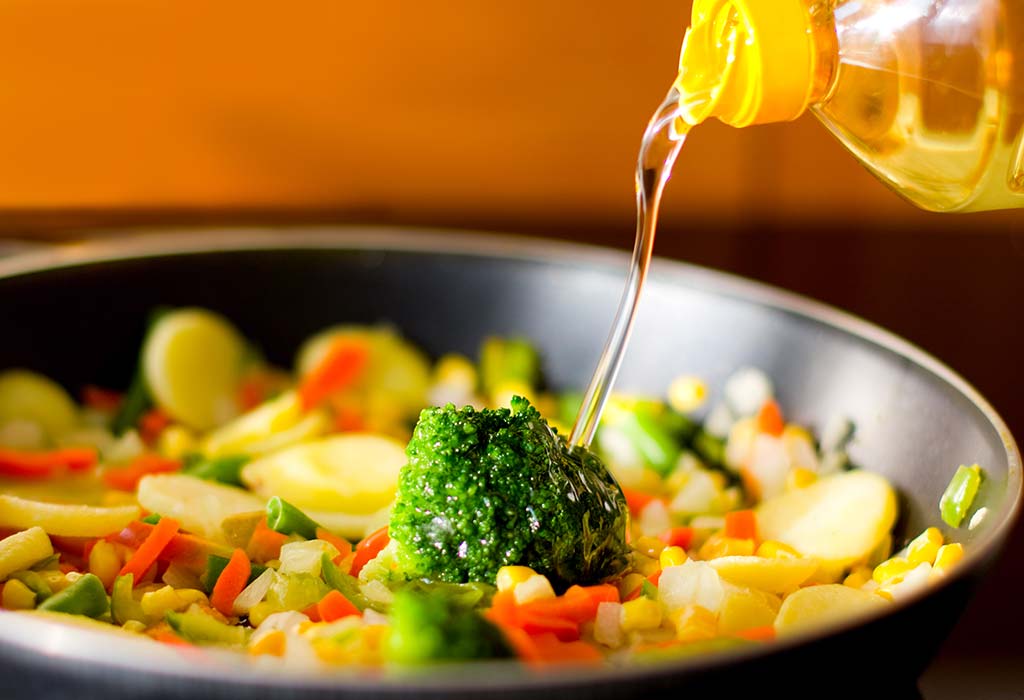 Now, you must be wondering that if oil evaporates with increasing temperature, then why does it leave a residue on heating?

Usually, while cooking, the oil is absorbed by food instead of evaporating. When we are frying food, there is oil left in the pan. Even the portion of food that is fried has an oil residue left over it.

When the oil is heated in a pan, it first starts smoking and then burns.

Many people think that the sticky residue left behind is the result of Evaporation, but in reality, it is just a splatter from cooking. This is because:

Therefore, a much higher temperature is required for oil to turn into vapor. It is because the oil molecules are much bigger in size when compared to the water molecules and, thus, have more surface to stick to one another.

The Evaporation of pure hydrocarbons

Various experiments have been conducted to test the evaporation rate of hydrocarbon compounds larger than nonane and decane.

In these experiments, it has been found out that they, too, are not affected by the layer of air that acts as an interface between the substance and air.

The readings recorded during these experiments show a negligible change in the evaporation rate of hydrocarbons- decane and hexadecane, in both the presence and absence of wind.

Usually, the hydrocarbon chain in oil is larger than nonane and decane, which is why oils don’t behave the same as water when subjected to the phenomenon of Evaporation.

In this article, we’ve learned that only the volatile oils can evaporate, while the other oils cannot. Although various factors, such as scale size, area, and velocity, affect the phenomenon of evaporation, the temperature is the only essential factor in the evaporation of the oil. The boiling point of the oil is always higher than 110 degrees Centigrade.

With this, we also come to the realization that the devastating event of oil spills on oceans are events that cannot be reversed back easily as usually the oils spilled are fixed oils. These oils are resistant to evaporation and, thus, suffocate the entire marine life under the thick layers of oils.