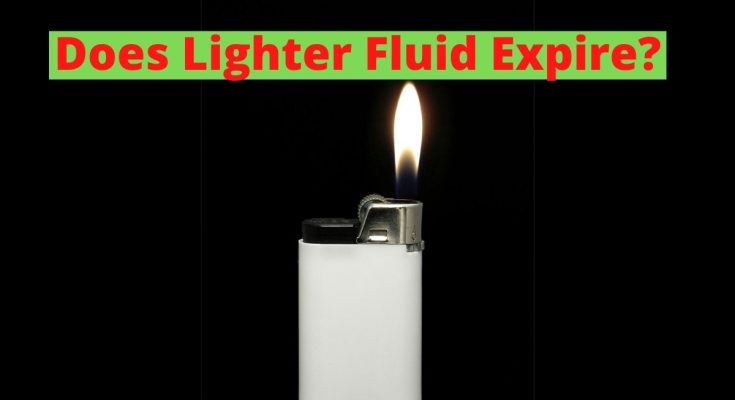 We use the colorless, flammable lighter fluid as an igniter to stimulate the ignition of charcoal in a barbeque grill. Many doubts are not cleared about lighter fluid.

The major one is whether lighter fluid expires or not. In this article, you will get to know the answer to this question in detail and various crucial insights behind it.

Does lighter fluid expire? The clear answer is no, lighter fluid doesn’t expire. This is because the lighter fluid does not contain any product that can make a fluid spoiled. Rather it is composed of either petroleum or alcohol. All we need to do is to keep lighter fluid in a closed airtight container to prevent it from oxidation or evaporation.

The crude oil does not expire for millions of years. Yes! as it is buried deep inside the earth without being in contact with any oxygen, humidity, or heat in the environment. The only concern is lighter fluid storage.

Can the quality of lighter fluid be affected by anything?

Crude oil remains buried inside the earth for countless years. Then we harvest it and render it into petroleum.

These products have a great tendency towards reacting with oxygen. This conversion of crude oil into petroleum is only possible because it keeps airtight without coming in contact with the oxygen present in the environment.

On the other hand, lighter fluid that is composed of alcohol(methanol or ethanol) can overcoat layers of oxygen after coming in contact with surroundings.

Chemically explaining, oxidation is the process in which a molecule loses electrons and oxygen ion gains electrons.

One real-life example of oxidation is the process of rusting. Iron loses electrons while oxygen gains the same. This reduction of oxygen and oxidation of iron results in rusted iron.

After oxidation, alcohol or petroleum that is present in fluid starts evaporating. In such cases, lighter fluid does not expire but the qualities of fluid tend to vanish.

Hence, these are the two processes explained that can affect the quality of lighter fluid. Does lighter fluid evaporation possess any danger to the environment?

It is understandable that once lighter fluid comes in contact with air, it oxidizes and evaporates, and is scattered wholly into surroundings.

But the question arises whether this dispersion can cause any danger to the environment or not. The answer is yes, lighter fluid dispersion in the surroundings has very harmful effects on the habitat.

If the environment in which fluid has dispersed is covered, then the accumulation of fluid in such an enclosed environment can be very dangerous.

The fluid after oxidation and evaporation will produce a toxic gas that can badly affect one’s respiratory zone. Additionally, this toxic gas will accumulate in that specific region.

The sudden sniffing of lighter fluid fumes can cause death at an instant. While slightly inhaling fumes by humans can cause asphyxiation, in which fluid fumes fill up space in the lungs, thus leaving no space for oxygen.

As a result of which, the person who inhaled fumes experiences suffocation, comas, convulsions, choking, vomiting, seizures, or any such hazardous activity in the brain leading to death.

The must-know information is that the gas generated by the evaporated lighter fluid still possesses the property of being flammable as the lighter fluid does.

Hence if the area in which evaporation of lighter fluid is taking place is not well aired, the gas can undertake many volatile reactions in the air and burn fiercely.

Well, there is not any proof that toxic gas released from evaporated lighter fluid causes pollution. But it does cause respiratory problems and can be lethal to humans and causes violent reactions too in the surroundings.

So, the lighter fluid must be kept in airtight containers to prevent any such effects and explosions.

How long does lighter fluid take to evaporate?

The pace at which lighter fluid evaporates completely depends upon its chemical configuration.

Still, the fluid on the surface of the lighters does not evaporate completely. It evaporates wholly only in the case when fluid is with charcoal.

Lighter fluid has different applications in different niches. The lighter fluid-filled in lighters evaporates quite quickly. For instance, lighter fluid is commonly used with charcoal, zippo lighters, and Naphtha lighters.

Depending on the amount, the naphtha lighters fluid that is used in some starters and wick lighters takes around 24 hours to evaporate.

On the other hand, while Zippo lighter fluid can burn around 6 hours, the fluid replenished in such lighters may take a few hours to evaporate. This is because Zippo lighters are less dense than the naphtha ones. 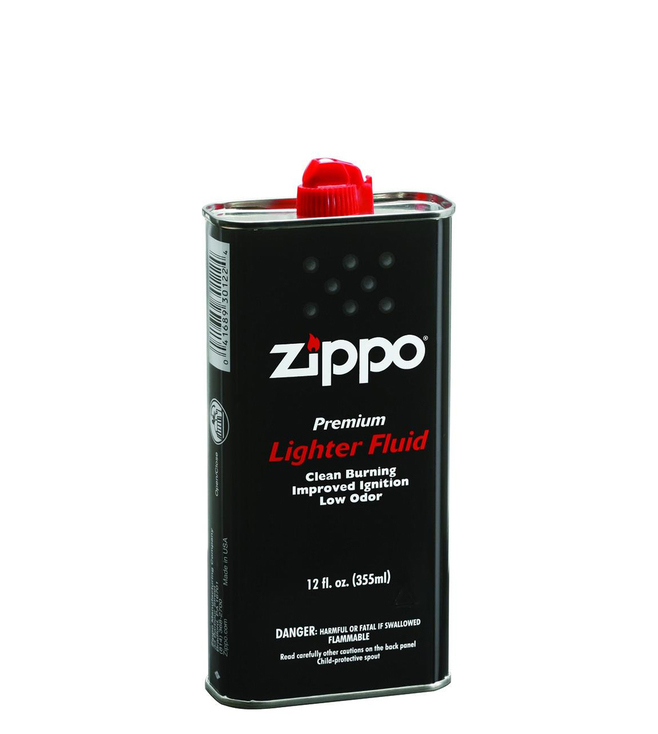 In the case of charcoal lighter fluid, if it is exposed to sunlight or kept in the heat without burning, then the whole lighter fluid will evaporate in just around three hours. There will be zero effect of fluid on the remaining charcoal.

How to prevent lighter fluid from evaporating?

There are many ways by which you can protect your lighter fluid from being evaporated.

These precautions are sufficient to deal with usual lighter fluid applicants including charcoal.

The problem arises with the most commonly used Zippo lighters generally used to light cigarettes. Such lighters evaporate their lighter fluid pretty quickly. It is not even managed to tighten lighters because of their frequent use. All you can do is take precautions to prevent fluid evaporation.

In this queue, do not leave your lighter burning for a long time. Shut it quickly once you use it. This is because burning lighter spurs more chemical reactions and hence it burns pretty faster and the rest of the fluid will burn soon.

The second step, you should adopt in this queue, is to keep lighters away from heat or sunlight.

Elevated temperatures lead to rapid evaporation. We should also keep lighters away from our bodies to avoid body heat letting lighter fluid fade off.

If you can somehow seal the container, then it is the best possible solution to avoid evaporation.

Now the question is whether lighter fluid wholly evaporates or leaves any residue behind.

This is crucial to know so that you don’t touch the container previously filled with lighter fluid and now evaporated because it is hazardous for the skin.

The answer to this is quite logical. If the lighter fluid does not contain before evaporating, then it will not leave any residue behind.

But if the fluid is clean too, still you should not touch the container, as fluid sometimes gets soaked on the walls of the container and this soaked fluid gets invisible.

In case the lighter fluid contains methanol or ethanol, they leave some residue behind. But in most cases, the lighter consists of only petroleum and not alcohol. So, consider alcohol with lighter fluid if of less use.

Lighter fluid is hazardous for health. Following precautions must be taken while handling lighter fluid:

It should keep away from the skin. Wash hands before drinking, eating, smoking, using toilets, and performing other necessary activities after dealing with lighter fluid.

The lighter fluid must be stored in cold areas and tight containers. For major storage, proper grounding procedures of fluid must be adopted.

Grounding closure of fluids must be followed by tight fittings and electrical equipment along with local fire prevention restrictions.

Is CO2 Ionic or Covalent

Is CaO Ionic or Covalent

Is CO Ionic or Covalent

What if someone has swallowed or fallen lighter fluid on the skin?

In case by mistake if the lighter fluid has fallen on your skin, then wash and flush the affected area with plenty of water for at least 15 minutes.

Take a shower instantly if only a general contact with fluid occurs. But avoid harsh skin cleansers or soaps on the affected area as it reacts with your skin causing blisters.

In another case, if somebody has swallowed lighter fluid, give them some liquid such as water or milk instantly.

But don’t give such drinks in case the condition of the lighter fluid drunker is serious, and he/she is suffering from a problem swallowing anything. In severe cases, do consult the doctor immediately.

Hence, this was the answer to your question of whether lighter fluid expires or not in detail. We discussed the shelf life of the fluid. We get to know the factors affecting the quality of lighter fluid. We discussed almost everything in this aspect. We are pretty sure all your queries are answered after reading the article. So, that was a wrap-up!