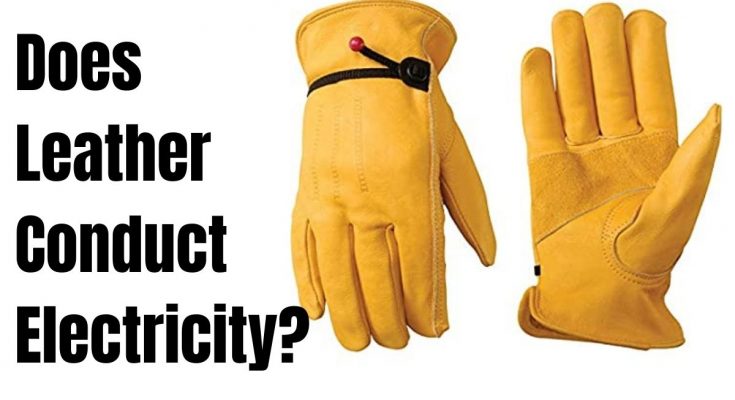 In the contemporary situation, electricity is the powerhouse for each individual to work. The essentialities and requirements of electricity have been globally acknowledged. In order to understand how electricity can be generated it falls under the predicament of having a brief idea on conductors and insulators of electricity.

With the entire world relying heavily on the electrical power supply in the forms of appliances, transports, machinery, etc. the question at hand is whether the safety protocols are maintained? Electricity can be extremely difficult to handle resulting in a number of accidents and deaths owing to misuse.

Leather is one such material that electricians usually prefer while working in the form of hand gloves. But are you aware if it is an insulator or conducts electricity? It is a topic of discussion so in this blog, we will discuss the same.

So, does leather conduct electricity? No, leather does not conduct electricity but If the leather is fresh and containing some moisture then there can be some possibility of electrical conductivity. A little controversial, but leather is generally considered to be an insulator due to the absence of free electrons.

The potentiality of conducting electricity depends on the mobility of the electrons or the charged ions present within the material.

Leather being an insulator prevents the mobility of the electrons and blocks the conduction of electricity.

Contents show
Is Leather an Insulator?
Difference between Conductor and Insulator
Can Leather Be a Conductor?
What are Conductive Materials?
Physical Properties of Leather
Interesting Information on Leather as the Protective Agent
Conclusion

Is Leather an Insulator?

Non-metallic components or materials which help in the complete or partial blockage of the flow of electricity can be termed as an insulator.

Leather is generally classified under the paradigm of insulators however, it can be slightly controversial. Highly debated, leather has the potentiality of conducting electricity.

When it comes to following the safety protocols while handling electricity the perfect combination of leather with rubber is often suggested for acting as a protective shield against the flow of electricity.

The intended use of leather is to absorb as much electrical energy as possible, preventing electrocution. Although it is not guaranteed equipment, leather has proved its efficiency to be an effective insulator.

Difference between Conductor and Insulator

Before answering the question we would like to give a small introduction to what a conductor is.

A conductor can be any material that possesses movable charges of electrical ions. Metallic conductors are generally the common ones that comprise aluminum, copper, etc.

Conductors under common scenarios consist of charged particles which are called electrons, while in certain occasional cases they are ions that are positively charged.

Metals are the best conductors of electricity which have the common traits of being malleable, shiny, and generally hard. Positively charged ions namely the cationic electrolyte can also be mobile and generate electricity.

The major difference between conductor and insulator is the presence of a number of mobile charges.

While conductors are generally metals with a large number of mobile charges with positive ions which stipulate the process of faster flow of electricity, insulators on the other hand are non conducting mostly non-metallic materials which comprise few mobile charges.

Almost insignificant and incapable of carrying electricity, leather is considered to be one of the best examples of insulators. Therefore, leather is often advised for workers dealing with heavy electrical currents.

Can Leather Be a Conductor?

Interestingly, it has been found that even leather has the potentiality to conduct electricity and is therefore not completely precluded as a conductor. Through proper analysis, we have found that fresh leathers can be considered potential conductors.

Leathers that are fresh and are in a state where it is slightly wet or having moisture and not completely dried can conduct electricity. 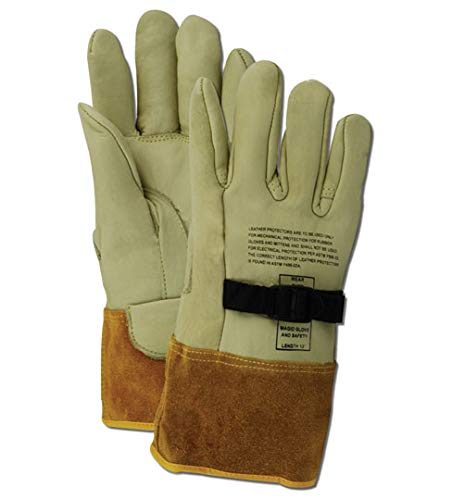 With this said, it should also be stated that leather can only act as a protective shield against electricity when it is perfectly associated with rubber.

The leather alone is incapable of protecting anyone against high voltage shocks.

What are Conductive Materials?

A conductor increases the transmission of electrical energy between two points. Therefore, depending on the kind of purpose it needs to be differentiated whether a Conductive or inductive material is required.

For faster passage of electricity within a body, it is highly endorsed to choose metals like copper, aluminum, nickel, gold, silver, etc. The electrical conduction heavily relies on the speed of the current flow and the size of the voltage. Moisture content also plays a crucial role in determining the electrical conduction between two points.

We would like to give cautious advice that working with metal and water can be extremely perilous.

Metals being conductive agents when associated with the combination of water increases the vulnerability to electrical shocks.

While considering conductive elements we would also like to bring clothing materials within the radar. Electrical currents can also pass through materials like cotton or silk, chiffon, etc. Therefore, any element or material which holds the potentiality of being a useful conductor of electricity needs to be handled with utmost care and security.

1. The high degree of Tensile Strength – Tensile strength, is the ultimate strain which tears the leather. The tensile strength of leather depends on the fat content.

2. Resistance to Flex – Leather has high resistance to flex which indicates it has the ability to withstand several cycles of flex without experiencing cracks owing to the stress.

3. Heat Insulator – Leather acts as a brilliant heat insulator. The high thermal insulation allows a very small amount of heat to pass through, which results in the building of the heat along the sides of the heat source.

Therefore, leather enables in absorbing perspiration which plays a significant role in providing comfort when used as a piece of clothing.

Interesting Information on Leather as the Protective Agent

Leather gloves are a part of the entire gloves system in order to avoid electrocution.

With additional layers associated with leather gloves, one can be assured of being protected from electrical shocks.

When it comes to the safety grounds, leather overcoats the rubber layer and therefore plays an integral part in a constructive protective layer against disasters from electrical shocks.

Acting as the protective agent, leather apart from ensuring safety from electrical shocks also offers security against injuries that might happen while handling wires and sharp tools.

Leathers efficiently guard the hands thus protecting them from minor injuries and also against abrasions or punctures.

1. Conductors are materials with a number of mobile charged electrons or ions which increases the flow of electricity between two points.

5. Leather alone is incapable of blocking or preventing the entire transmission of high electrical passage.

6. Leather protectors are highly recommended while dealing with electrical currents of high voltage.

As a concluding statement, it can be stated that Leathers are not very reliable conductors and hold the ability to conduct electricity under certain given circumstances.

On the other hand, Leathers are generally used as insulators and protectors against electrical shocks and therefore recommended globally for the workers as well as electricians handling high voltage of current.