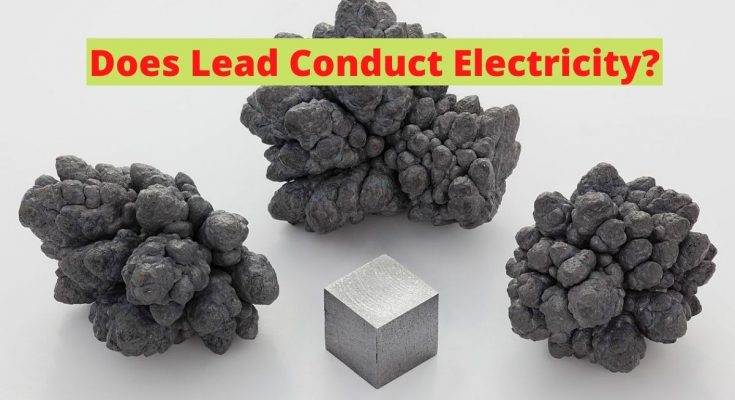 Lead is a p block element from group 14 with atomic number 82 and has 4 valence electrons. It is one of the earliest discovered metals.

It is obtained by roasting (heating in the absence of oxygen) mineral galena (PbS).

Metals generally conduct electricity. In this article, we will find out if Lead also conducts electricity or not and the reason for the same.

What is a Conductor?

The word conductor means something that facilitates movement.

The conductor of electricity means a substance that can allow charges to move through it, allowing electricity to flow through. This conduction is possible due to the presence of free electrons.

Metals are good conductors because they have free electrons in the valence shell.

What is an Insulator?

The word insulator means something that restricts movement.

In insulators, the electrons are bound to the parent atoms and do not move from their respective positions. Due to this restriction in the movement of electrons, electricity does not pass through them.

For instance, wood, plastic, glass are insulators of electricity.

Why is Lead a Bad Conductor of Electricity?

We expect metals to be conductors because of the presence of free electrons.

Lead also has free electrons, but it does not conduct electricity so efficiently because of its reaction with atmospheric oxygen.

The lead metal reacts with atmospheric oxygen to form a layer of lead oxide which does not allow electricity to pass through it and makes lead an insulator.

The pure lead metal that does not react with the atmosphere can conduct electricity because of free electrons. This implies that it is a poor insulator.

Thus, Lead is said to be a bad conductor of electricity.

It becomes a superconductor at a very low temperature.

Below is the image of oxidized lead (PBO2). 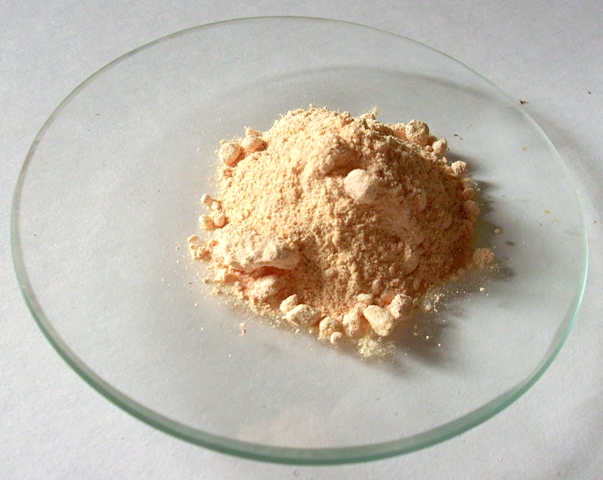 Conductivity or specific conductance is one of the fundamental properties of a substance. It is a measure of the ability of a particular material to conduct electricity. It varies with temperature.

If a material can conduct electricity efficiently, the conductivity value is high.

Question: What is the resistivity of Lead?

Solution: Resistivity is the inverse of conductivity.

Resistivity or specific resistance is one of the fundamental properties of a substance. It is a measure of the ability of a particular material to resist the flow of electricity. It varies with temperature.

If a material cannot conduct electricity easily, the resistivity is high.

Its SI unit is Ohm m and is represented by ρ.

We have calculated the resistivity value for the lead metal in the above section as 2.2 * 10-7 Ohm m.

Question Calculate the resistivity of a lead wire 3.5 m long. 0.70 mm in diameter and having a resistance of 2.0Ω.

How to test if a substance is a conductor or insulator?

We can check if a substance is a conductor or an insulator by making a simple circuit.

• Remove the insulation from the ends of the wires.

• Take the first piece of wire and tape it to the positive terminal of the cell.

• Take the second piece of wire and tape it to the cell’s negative terminal.

• Connect the free end from the negative cell terminal ( second wire) to one end of the LED bulb using tape.

• Take the third piece of wire and tape it to the other terminal of the LED bulb.

• Now, the end of the second wire and third wire is free.

Test for the conductivity of a substance

•These two free ends are taped to the solid substance.

•If the bulb glows, the substance is a conductor. Else it is an insulator.

One can go through this video for a demonstration of this practical activity. Pencil lead is graphite and is a good conductor of electricity, while wood is an insulator.

How do Metals Conduct Electricity?

According to the electron sea model, in a metallic solid, metal atoms contribute valence electrons to form a “sea” of electrons. The electrons in the bonding metallic atoms’ outer energy levels are not bound by anything and can flow freely from one atom to the next. 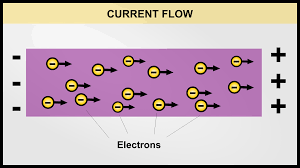 Metals conduct electricity due to these electrons that travel freely between atoms.

Since similar charges repel each other, moving one free electron inside the lattice dislodges those in the next atom. The process cascades to move in the current direction toward the positively charged end.

What is a Semiconductor?

They have unique properties and are very useful industrially.

A semiconductor is an insulator at 0K and starts conducting electricity as we increase the temperature.

In a semiconductor, the flow of charges occurs due to external factors like thermal agitation. Band Theory explains the conduction in semiconductors.

Semiconductors can be classified into-

• Intrinsic Semiconductor– It refers to those semiconductors which are used in pure form. Only one type of element is present.

Both of them belong to the same group as Lead.

• Extrinsic Semiconductor– These types of semiconductors are often doped to modify their properties for making various devices.

For example, doping of Ga by As forms an extrinsic semiconductor.

One can go through this video to understand Band theory.

What is a Superconductor?

Conductors can become superconductors when they are cooled to specific low temperatures.

When the material’s temperature is dropped below the critical temperature, its resistance abruptly drops to zero. 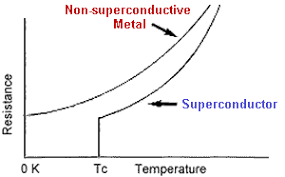 For example, Hg becomes a superconductor below 4 kelvin.

Lead as a Superconductor

Lead also behaves like a superconductor when it is cooled below 7.2K.

Effect of Temperature on Conductivity and Resistivity of Metals

Conductivity is the reciprocal of resistivity. Both of them are characteristics of a substance.

It does not depend on length and area but depends on the material.

All substances have different conductivity. 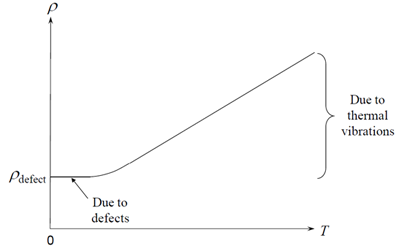 As the temperature increases, the frequency of scattering of electrons increases by vibrations in the lattice, and unwanted collisions take place, increasing the resistivity.

These trends change when the material under study is not a metal. The conductivity increases on increasing temperature for an electrolytic solution.

Ohm’s law gives the relation between the current (I) flowing through a conductor and the voltage (V) applied.

According to Ohm’s law, V is directly proportional to I, and Resistance (R) is the constant of proportionality.

Resistance cannot be measured in an operational circuit. So, Ohm’s Law comes in handy when calculating it.

• It is resistant to corrosion.

• It does not react with water under normal conditions due to the layer of lead oxide on the metal surface.

• It dissolves slowly in cold alkalis (bases that dissolve in water) to form plumbates.

• The resistivity of Lead is 22 billionths of an ohm-meter.

• It is used in electric contacts as it deforms quickly when tightened and provides a firm connection because it is a soft metal.

Lead is widely used in

There are many other applications of Lead, but they are banned due to the toxic nature of Lead.

Based on the capability of allowing the flow of charges through them, materials are majorly classified as conductors and insulators.

Lead metal is a conductor of electricity in a pure form.

Its interaction with atmospheric oxygen forms a layer of lead oxide on the metal surface, which hinders the conduction process and leads to a poor conductor of electricity.

At very low temperatures (below 7.2K), Lead behaves like a superconductor and has zero resistance.

We can check if a substance is a conductor or insulator by making a simple circuit.