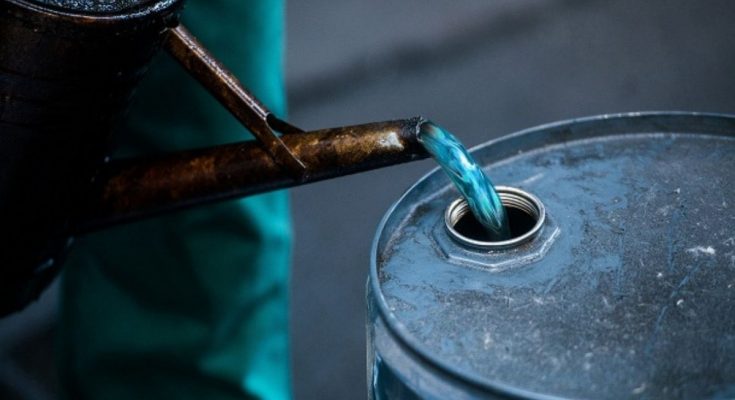 Humans have been using kerosene for ages. While earlier it was primarily used as a fuel for lighting lamps, in today’s life, it has multiple purposes, such as fuel for jets, room heaters, and even for exciting fire performances! But have you ever wondered if kerosene could have an expiry date? Or will the same can of kerosene work efficiently for a lifetime?

Does kerosene go bad? Yes, kerosene does go bad. Kerosene can work with full efficiency for about five years. However, during its storage, water gets added to the fuel through the process of condensation. It results in the growth of mold and bacteria in kerosene, which breaks it down.

How would you know whether kerosene has gone bad? Can you make it last longer? Can you ever use the expired kerosene?

What is kerosene chemically? Stay with us till the end to find the answers to all these questions.

Kerosene is a highly flammable liquid, which is produced by the fractional distillation of crude oil. It consists of around ten different hydrocarbons, with each molecule containing 10 to 16 carbon atoms.

Kerosene is also known as paraffin oil. It is a combination of saturated straight-chain and branched-chain paraffin and ring-shaped cycloparaffins.

What are the properties of Kerosene?

Kerosene is a liquid fuel at room temperature. Its color ranges from clear to a pale-yellowish tint. The following are the properties of this fuel:

Kerosene is a fuel with a very high boiling point, which ranges from 347 degrees to 617 degrees Fahrenheit. Usually, this range depends upon air pressure.

This fuel has a distinct pungent smell. If unburnt kerosene oil is spilled, then we will get a powerful odor.

You can also find odorless kerosene in the market, which is where the fuel is desulfurized and de-aromatized. Odorless kerosene is produced by catalytic hydrodesulfurization and hydrogenation of aromatic hydrocarbons.

This type of fuel is used as a solvent or stove fuel.

The density of kerosene at room temperature is 0.80 grams per milliliter. However, when the temperature of the kerosene decreases, its density increases since temperature and density have an inverse relation between them.

If the temperature is 59 degrees Fahrenheit, its density increases to 0.94 grams per milliliter.

Kerosene is insoluble in water but soluble in other petroleum solvents.

What are the different types of kerosene?

The amount of sulfur content is significant because sulfur forms harmful chemical pollutants when burned.

One-K is the purest form of kerosene. It is clear or has a slight yellow color. It has a maximum sulfur content of 0.04 percent by weight.

Due to its low sulfur content, harmful chemical pollutants are less produced. You must be careful and avoid red dyed 1-K as it has a higher amount of impurities.

Inhalation of 2-K kerosene can be highly harmful as a higher number of harmful chemical pollutants will be produced.

How can you determine whether kerosene has gone bad?

When bacteria and mold starts growing on kerosene, it starts breaking down and finally decays. When this event occurs, the kerosene will either begin to turn cloudy or have a yellow appearance. We may see some sludge growing within the fuel.

How to check the quality of fresh kerosene oil?

You can check the quality of freshly provided kerosene with the help of a visual examination.

The sample should then be placed in a small, clear jar, where it should be left to sit for at least an hour. During this time, you must be cautious, attentive, and look for anything floating in the fuel, such as tiny water bubbles or particles.

The presence of any of these in the jar is a sign of water contamination in the kerosene. However, if you can find no particles in it, the fuel is fresh and safe to use. Cloudy observations and tinted yellow colors are another sign of kerosene contamination.

So, if you see a light-yellow coloration or anything cloudy in the jar, you shouldn’t use the fuel.

Another way to test the quality of kerosene is by burning a small amount of it. If the kerosene hasn’t gone bad, its flame should be bright and even, and its odor should be faint while burning. 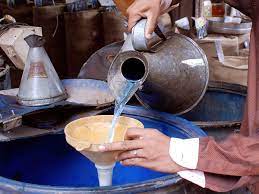 Can you make kerosene last longer?

Yes, you can extend the expiry date of kerosene easily. This can be done by storing it at a cool temperature, as it will prevent the growth of damaging micro-organisms in the fuel.

If you see any sign of sludge or contaminants growing inside the kerosene, you can filter it out right away and mix it with a small amount of fresh kerosene to use again. Coffee filters work great for filtering out the sludge from the kerosene.

Additionally, you can also filter out any water present at the bottom of the container through condensation.

Can you use expired kerosene?

Another alternative is mixing fresh kerosene with bad kerosene. However, you shouldn’t expect this mixture to burn as efficiently as pure, fresh kerosene. 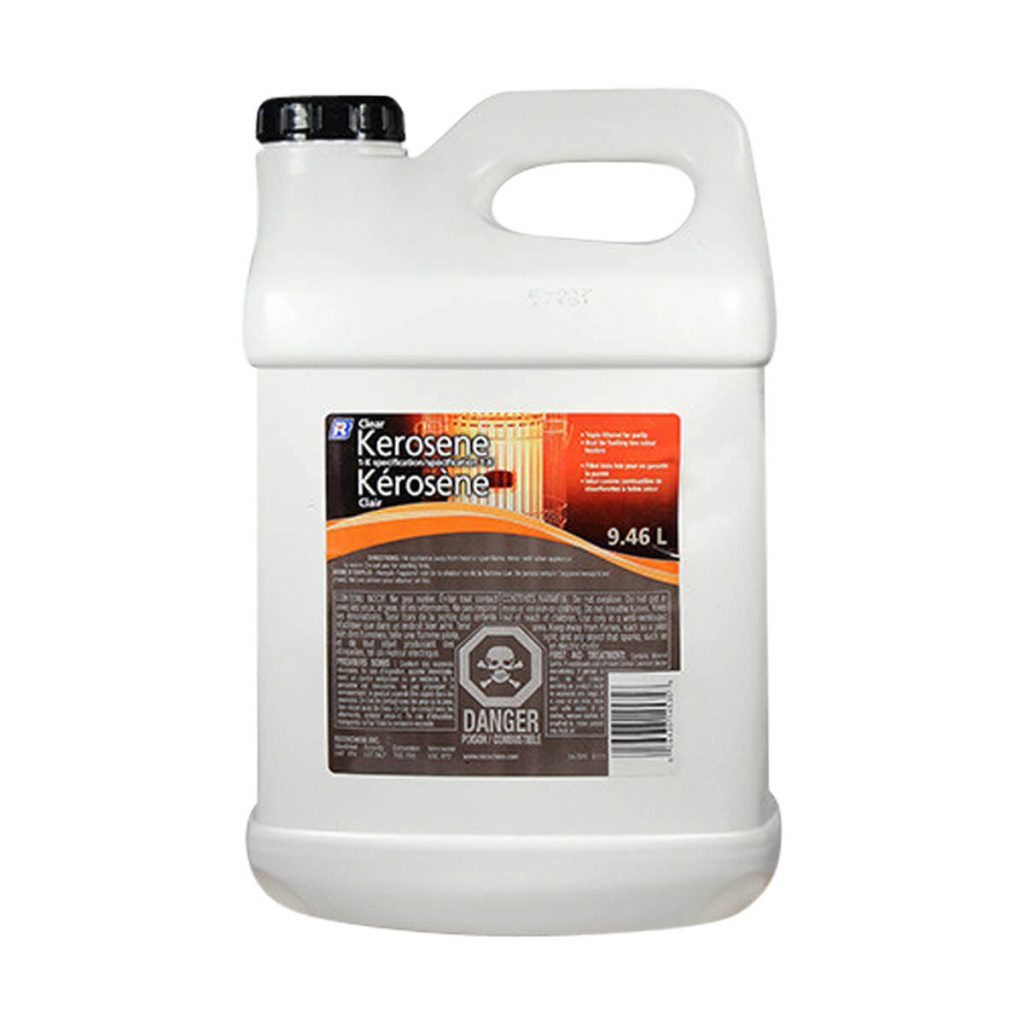 How should you dispose of expired kerosene?

If the condition of bad kerosene has passed its usable stage, then you must dispose of it safely. Dumping it at any random location is highly irresponsible and can be harmful to the environment.

1. Do not change the container of the fuel: It is best to dispose of any harmful waste in its original container as the facility will know exactly what they are dealing with from the label on the container.

2. Prevent mixing of fluids: Try to keep the fuel, which is to be recycled, as pure as possible. The recycling facility might not accept a bad fuel that has mixed with another fuel.

If you cannot find any fuel recycling facility in your locality and are out of options, you can also let the kerosene evaporate on its own. But keep in mind that this should only be done if you have a small amount of kerosene.

To let the unusable kerosene evaporate by itself, you need to simply leave the lid of its container open in a properly ventilated room.

You should do it in an area away from kids, pets, and any flames. Once the fuel is evaporated, cover and wrap its container in multiple trash bags and throw it away. 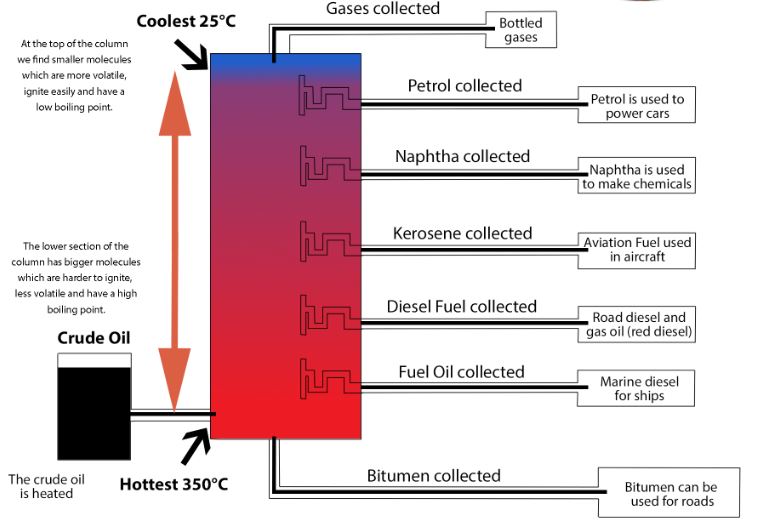 In this article, we have learned that kerosene does go bad, often after a period of five years. Although it doesn’t go bad as quickly as other fuels, it comes with an expiration date as well. The signs to recognize expired kerosene are to check its container for bubbles, particles, cloudy appearances, or a yellow tint to the liquid.

And while there are a couple of ways to reuse expired kerosene, the longer it has been expired, the lesser effective it becomes. If your kerosene is in a state that is beyond usable, you should dispose of it carefully and properly.