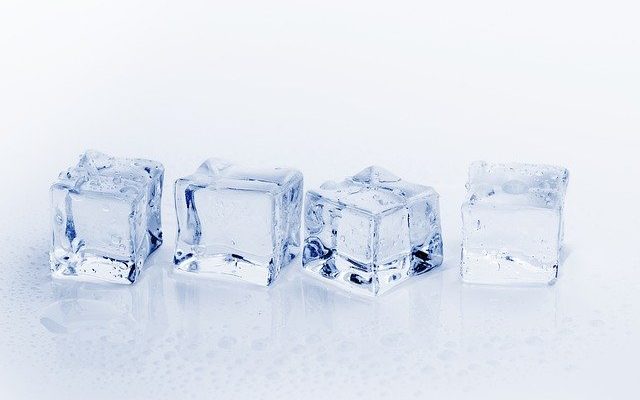 As you already know, there are three major physical states of matter- solid, liquid, and gas. Each of these states is interconvertible among themselves.

For example, you can freeze water to form ice. So a natural question arises: do different physical states of matter have different properties?

To answer that question, today we will explore whether ice conducts electricity.

Let us understand it in more detail.

For any substance to conduct electricity, we require mobile and charged particles, known as ions. Ions can be of two types: positive and negative.

However, in ice, the movement of dissolved ions becomes restricted because they are frozen in place and cannot move freely. Hence, ice is a poor conductor of electricity.

When Does a  Substance Conduct Electricity?

Ice, as we know, is formed by freezing water. Therefore, we might expect ice and water to have similar physical and chemical properties.

However, ice and water differ in many aspects, one of them being electrical conductivity. Water in its liquid form conducts electricity much better than ice.

Let us assume we have some table salt. As we know, table salt has the formula NaCl. In its solid form, crystals of NaCl do not conduct electricity.

However, the moment you dissolve table salt in water, you will observe that the salt solution conducts electricity! What does this experiment tell us?

You must have heard that “salts are also called electrolytes”. Electrolytes are those substances that give us an electrically conducting solution when they are dissolved in water.

This happens because, when dissolved in water, the components of electrolyte prefer to stay in their “ionized” form. This means that in water, NaCl prefers to stay as Na+ and Cl ions, separately and these ions carry electrical charge with themselves. 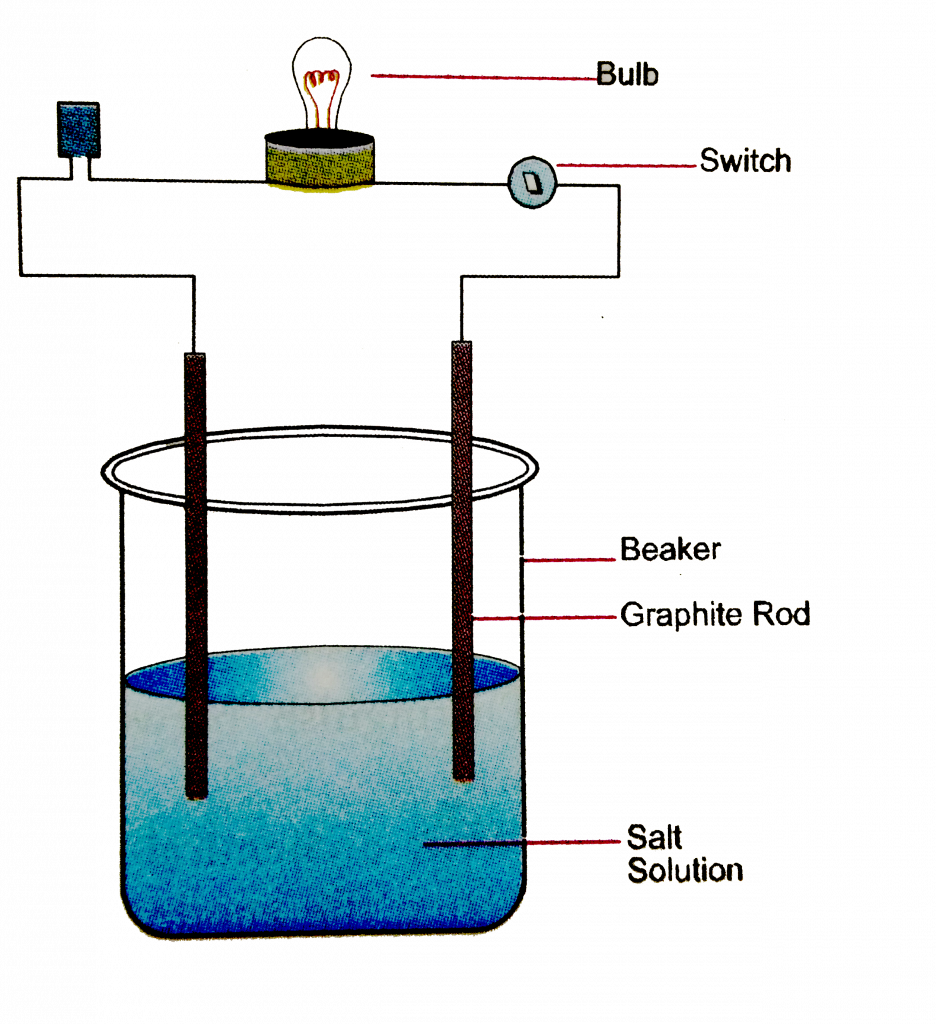 These ions or charged particles are responsible for the conduction of electricity in a substance because electrical current is defined as “the amount of charge traveled per unit time”.

When a potential difference or a voltage is applied across opposite terminals, these ions travel through the water to one of the terminals. This completes a loop or an electrical circuit. Thus, when these ions keep traveling inside the closed-circuit loop, the substance keeps conducting electricity.

This observation tells us that there are two main requirements for a substance to conduct electricity: the first one is the presence of charged particles or ions to carry the charge and the second is the ability of the ions to move through a substance.

The ability of a particle to move through a medium is known as mobility. Hence, ionic mobility is a very important factor for electrical conduction.

With these two factors in mind, let us now explore the electrical conductivity of ice in detail.

Ice is formed by freezing water. If you explore the chemical properties of water, you will find that the concentration of H+ and OH ions in pure water is extremely negligible. Such a low concentration of ions is not enough to promote electrical conduction.

However, when an electrolyte is added to water, it dissociates into its corresponding ions. NaCl, as described above is one example of an electrolyte.

Another example is hydrochloric acid or HCl, which stays in water as H3O+ and Cl ions. So, when impurities or electrolytes are added to water, it becomes conducting.

This is the reason why tap water is conducting in nature because it has many dissolved salts and electrolytes inside.

Also, since distilled water is the purest form of water and has only water molecules present inside it, it does not conduct electricity.

Now, if we freeze pure water, the resulting ice will also have an extremely low concentration of ions, because pure water is unable to self-ionize easily.

From the previous section, we know that both ions and ionic mobility are required for electrical conduction. In the case of ice formed from pure water, ions are not present.

Moreover, since ice is solid and frozen, there is no medium for the charged particles to travel through. The movement of the ions thus becomes very restricted.

Since the water is frozen and has a solid form, the water molecules have a greater force of intermolecular attraction among themselves and they form a rigid structure supported by bonding.

So, the ionic mobility is very low in ice and hence it doesn’t conduct electricity.

Below is the image of the chemical composition and structure of ice. 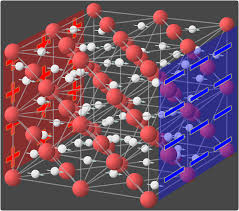 Can we make ice conduct electricity?

Since there are no ions in pure water, the corresponding ice formed will not have ions as well. However, we know that tap water and rainwater contain dissolved salts and impurities.

These substances can act as electrolytes in water, and help to increase its electrical conductivity.

Before water reaches our homes through taps, it is processed and purified at a water treatment plant, where various minerals and salts are added to water because these salts are also necessary for our body.

So if we freeze tap water or rainwater, the ice formed from it will contain ions. But similar to the previous case, it will have very restricted and limited ionic mobility.

Therefore, in this case, we will have slightly more conductivity than ice formed from pure or distilled water, but even that will be extremely low as compared to liquid water.

So, we can say that ice is a very poor conductor of electricity.

Do other solids conduct electricity?

Yes, a huge variety of other solids conduct electricity quite easily. Let us see how.

We know that any matter is composed of molecules, which are further composed of atoms. Inside the atoms, there exist three kinds of subatomic particles: protons, neutrons, and electrons.

The protons and neutrons exist together inside the nucleus and electrons are distributed around the nucleus.

Also, since the protons are positively charged and the electrons are negatively charged, they attract each other with a force.

Therefore, in some substances, the electrons located very far away from the nucleus are able to escape the field of attraction and can get out of the electronic orbit. These electrons are called free electrons.

So when a potential difference is applied across two terminals in a metallic conductor, the electrons move towards the positive terminals and complete the electrical circuit. In this way, metals conduct electricity.

Also, electrons are much smaller in size than ions, and hence they easily flow through substances like metals, which are usually rigid in structure. 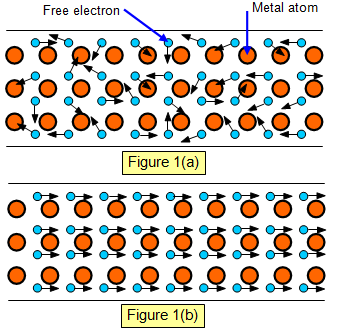 In figure (b), it is shown that the electrons start flowing in one direction on applying potential differences across the metal.

In the case of ice, the water molecules are also bonded to each other by “hydrogen bonds”, which make the structure of ice more rigid and crystalline, and hence, it doesn’t allow the movement of ions through itself.

Since metals are good conductors of electricity, they are used to make various electrical components such as wires and parts of electrical appliances.

In fact, it is advised to not touch electric cables during the monsoon, because both rainwater and the metal used in the wire are good conductors of electricity and can result in an electrical shock on touching.

In this article, we explored the reason behind ice being a poor conductor of electricity. Ice cannot conduct electricity because of the low concentration of ions as well as low ionic mobility.

Even on increasing the amount of ions present, electrical conductivity remains poor because of the limited movement of ions. However, water in its liquid form can conduct electricity if it contains dissolved ions.

Further, solids such as metals also conduct electricity since they contain free electrons. I hope this explanation helped you in understanding useful scientific concepts.