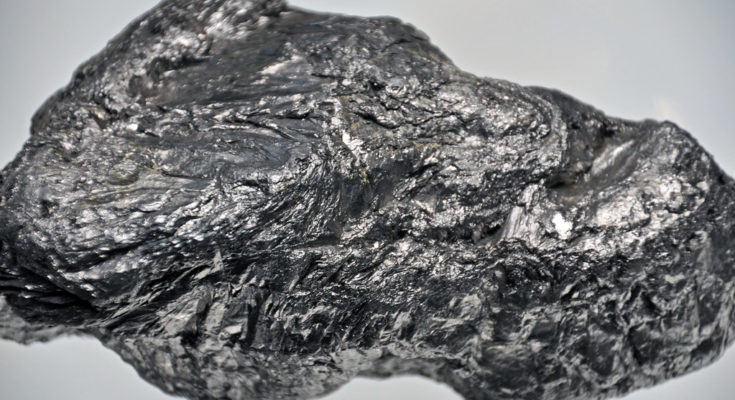 Graphite is a carbon-crystalline form found in the earth’s crust. It is a naturally occurring mineral that is found in metamorphic and igneous rocks. Diamond and Graphite both are mineral of carbon having the same composition but with different chemical structures.

Graphite has properties of both metal and non-metal which make it an interesting element. Many students may have a question about whether graphite conducts electricity or not. So, In this article, I will answer this question and cover the surrounding topics too.

Graphite carries the properties of metal and non-metal as well that make it a unique element. It is a mineral of carbon that is formed under high pressure and temperature in the earth’s crust. The pressure in which this process occurs is up to a range of 75,000 pounds per square inch.

The important factor responsible for the electrical conductivity of an element is the presence of mobile electrons that move across it to flow the electric current. The elements that have delocalized electrons can conduct electricity and the type of conductor depends on the ease of electrons to flow across. 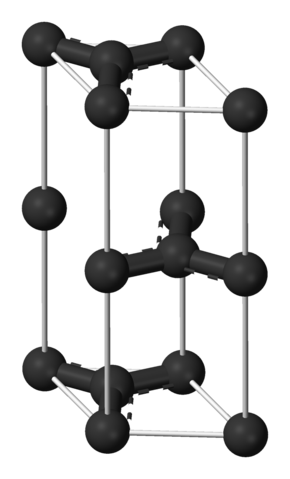 In Graphite, due to the presence of a delocalized electron of a carbon atom, it can move freely across it. And on applying a potential difference across graphite, the electric current flows through it.

The resistance also plays an important role in determining the type of conductor. The calculated resistivity of pure graphite is calculated as 1.38 * 10^-5 µΩ/m. The µΩ/m is referred to as ohms per meter.

Graphite is also used as dominant anode material in lithium-ion batteries due to its ability to intercalate lithium ions without significant damage from swelling.

Resistance is the measure of obstacle offered to the flow of electrons that conducts the electricity.

Resistance is usually generated by the heat caused when kernels collide to each other when electrons move fastly across it when voltage is applied across that element.

Why does Diamond not conduct electricity?

Diamond is a bad conductor of electricity because it does not have any delocalized electron like graphite.

However graphite and diamond both are allotropes of carbon having the same composition but different structures.

Free electrons are carriers of electric current. It is not possible for an element to exhibit electrical conductance without free ions or electrons.

If we talk about the lattice structure of diamond, carbon atoms form a three-dimensional network resulting in a tetrahedral structure. Each carbon atom forms a covalent bond with four other adjacent carbon atoms.

Hence all four vacant electrons take participate in the covalent bond leaving behind no free electrons.

Whereas in graphite each carbon atom is bonded to three carbon atoms leaving behind one free electron to conduct electricity.

Therefore, the diamond does not conduct electricity, however, it has a strong C-C covalent bond making it a hard substance.

Due to this strong bonding in diamond, the melting point is pretty high around 4000 degrees Celcius.

The geometrical structure of Graphite

If we talk about the structure of Graphite, the carbon atoms are connected to each other in a hexagonal trend.

Each carbon atom is connected to its adjacent three carbon atoms. And similarly, these series keep on in continuous form forming a planar hexagonal structure.

In these three valence electrons of carbon forms a covalent bond with each three adjacent carbon atoms.

The hexagonal rings having carbon atoms connected have the bond length of around 1.42Ao

As we know carbon has four valence electrons, and one remaining electron of carbon is delocalized and move to free across the lattice to conduct electricity.

Graphite forms multiple layers of hexagonal planar carbon atoms attached to it. And these layers are loosely connected to each other.

These layers can also slide over each other due to which graphite becomes slippery.

These layers are connected by weak van der Waals forces. The distance between these layers is around 3.35Ao.

The crystal class of graphite is classified as Dihexagonal dipyramidal.

Graphite is a good conductor of electricity because it contains delocalized electrons which are carriers of electrical current. In graphite, the carbon atom is connected to three adjacent carbon atoms due to which one electron remains free which is responsible for conducting electricity.

Diamond and graphite that are allotropes of carbon but differ largely in term of electrical conductivity because diamond does not have delocalized electron responsible for conducting electricity.

So guys, if you have any questions, you can leave a question in the comment section. We will reach out to you as soon as possible.