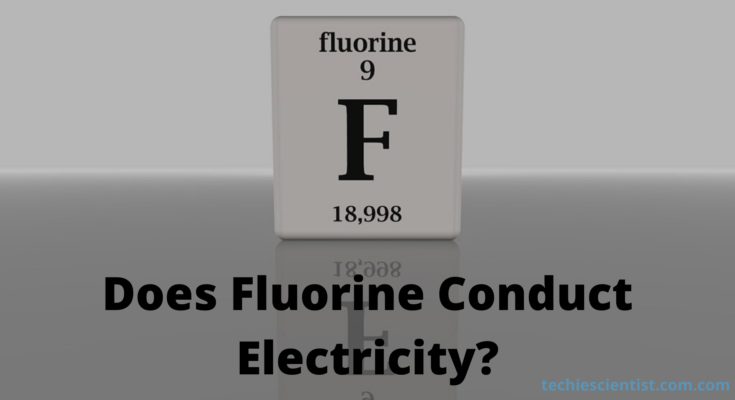 Fluorine is the most reactive element and it readily reacts with almost all elements. It is a non-metal halogen and being highly electronegative it attracts electrons towards itself.

Non-metals are poor conductors of heat and electricity. The study of the chemical and physical nature of fluorine is important in order to understand why it can not conduct electricity.

Why is fluorine a bad conductor of electricity? 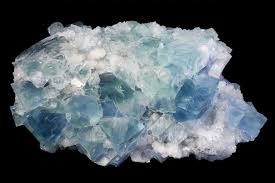 The electric conductivity in metals is due to the presence of free electrons and the flow of electrons is responsible for conducting electricity. In non-metals for example fluorine, the electron affinity and the ionization energy are maximum.

The higher the affinity, the higher is the amount of energy (called the ionization energy) required to detach the electrons from an isolated atom.

We know that electrons are the carriers of electricity. Fluorine is a bad conductor of electricity as it remains incapable of giving out free electrons that remain localized on fluorine.

This happens mainly due to two reasons:

In metals, the atomic radius is bigger than in non-metals. The increased distance between the nucleus and the valence electrons weakens the force of attraction between the two and hence minimizes the electron affinity and the ionization energy.

This is the reason why metals give free ions. The valence electrons in metals are responsible for electrical conductivity.

Why is fluorine the most electronegative element? 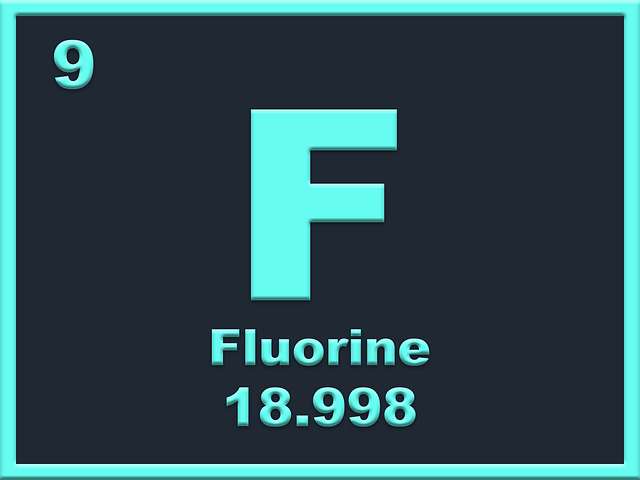 An element is said to be electronegative if it tends to attract valence electrons towards itself. Fluorine is highly electronegative because if its own structural factors. The fluorine atom has a reduced size.

The electronegativity depends on the distance between the nucleus and the electrons residing. The atomic number of fluorine is 9 and it requires one electron to complete the octet.

Let us understand the electronic configuration of fluorine.

When we look at the arrangement of elements in the periodic table we come to know why fluorine is highly electronegative. As we move right along a period, the electronegativity and the ionization energy increases making the group 17 elements the most electronegative.

Why do gases begin to conduct electricity at low pressure?

According to different studies, it is seen that at low pressure the mean free path is large and the colliding electrons or ions get enough kinetic energy and path to accelerate. At such pressure, the free electrons can move freely across the path.

More importantly, the kinetic energy of electron should be enough to ionize the other atoms which can be gained only at a low pressure where the mean free path is enough.

It is also noted that at low pressure the gases turn into plasma. the electrical conductivity is completely dependent on the mobile free ions.

This can be understood with an example of the neon tube light.

Physical and chemical properties of fluorine

The physical and chemical properties of fluorine help to distinguish it from other elements on the periodic table.