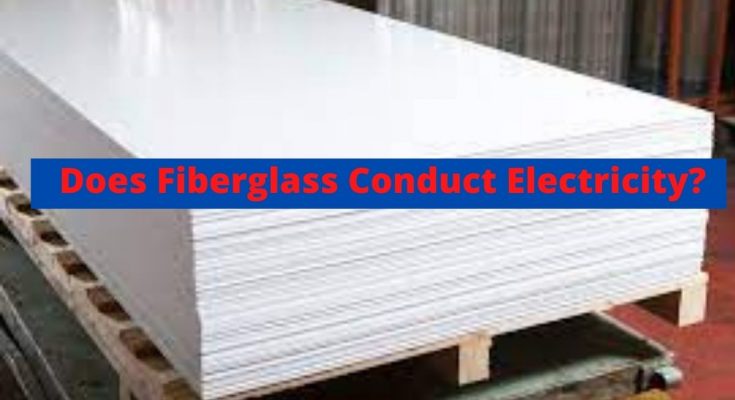 Fiberglass, also known as glass fiber or glass-reinforced plastic (GRP), is a strengthened version of plastic. It contains a woven material embedded with glass fibers sprinkled randomly on it and held together using a binding substance. We obtain an extremely robust and durable composite by combining fiberglass with resin.

Fiberglass is an affordable, flexible, and lightweight material that can withstand UV damage and corrosion.

In this article, we’ll address the question about the electrical conduction of fiberglass.

So, does fiberglass conduct electricity? No, it doesn’t. This is because the materials used in the making of fiberglasses such as glass and resin are poor conductors of electricity. They are used as insulators due to their rigid structure and lack of free electrons.

The electrical conductivity of a material is defined by its ability to transmit electrical charge from one place to another.

For electrical transmission to occur, we need free electrons that act as mediators and carry electricity from one end to another. Fiberglass does not have free electrons. Hence, it cannot conduct electricity. 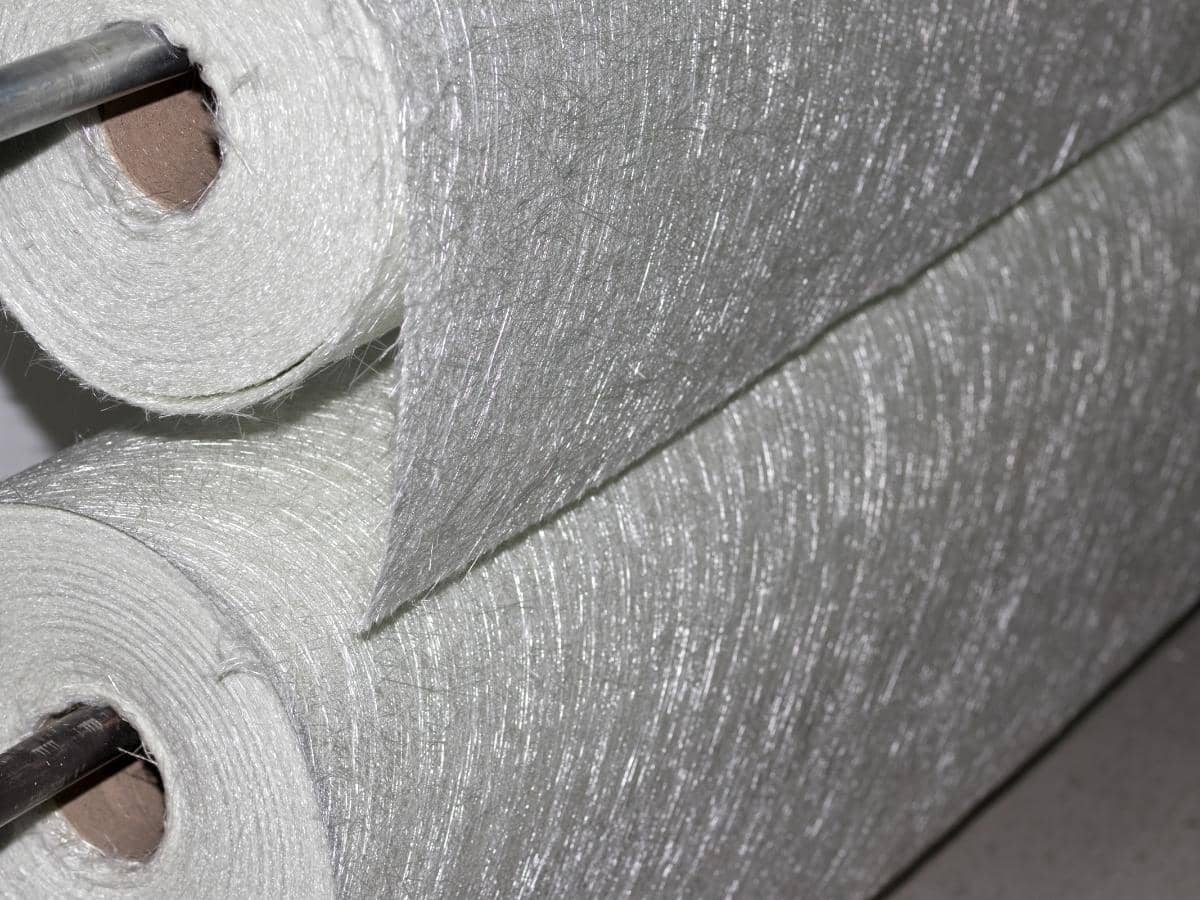 Fiberglass has a high resistivity for electrical conduction. This is because fiberglass is made of materials like silica sand, soda ash, and limestone.

In these materials, there is an absence of free electrons in their outermost shell since they are tightly packed together. Free electrons act as carriers and transport electricity.

The energy bandgap of a material is the amount of energy required by its electrons to transit from the valence shell to the conduction shell to conduct electricity.

For instance, silver, an excellent conductor of electricity, has a bandgap of 2.51 eV. While the energy band gap of glass is 3.16 eV which is relatively higher than that of silver.

Due to all these factors, fiberglass cannot conduct electricity and is used as an electrical insulator instead.

What is Fiberglass Insulation?

Fiberglass insulations are sheet-like structures whose thickness can be increased by layering up the material.

There are three types of fiberglass insulations available:

• Blanket insulation: It’s one of the most commonly used insulations. It consists of rolls or batts. Batts are thin sheets of fiberglass while rolls are their longer version.

Batts are usually installed in sections while rolls are spread over walls and ceilings.

Rigid board insulation can also act as moisture or air barrier. Thus it is used on the external surface of the walls of a house.

How does Fiberglass insulation work?

Fiberglass insulation is found in a majority of homes to restrict the flow of heat. It restricts the flow of cold, heat, and sound across walls.

Since fiberglass is a porous material, it achieves this by trapping air in its pockets. This helps maintain a steady temperature.

Hence, the room remains cool during summers while heat is maintained during winters. Fiberglass limits the free movement of air through walls. However, it doesn’t completely block air movement.

The higher the R-value of a material, the more will be its thermal resistance.

R-value is the capacity of a material to oppose heat transfer. You can increase the R-value of fiberglass material by layering it up to attain your desired R-value depending upon your location.

Since colder regions will require a higher R-value than warmer regions.

What factors determine the electrical conduction of a material?

The electrical conductivity of material pivots on a few factors. There are as follows:

• The Temperature of the Material

When the temperature is increased, an insulator may overcome the band gap present between the valence shell and the conductivity shell of the material resulting in lowered electrical resistance and may conduct electricity.

• Cross-section Area of the Material

The larger the cross-sectional area of a material, the more will be its electrical conductivity. This is because more surface area will be available for the free electrons to move from one end to another.

• Length of the Material

The distance between the valence shell of a substance and its conductivity shell is called the energy bandgap. The smaller the bandgap, the more will be the electrical conductance of a material.

For instance, the energy band gap of silver (conductor) is 2.51 eV while that of glass (insulator) is 3.16 eV which is relatively quite high.

The electrical resistivity of a material is inversely proportional to its electrical conductivity.

• Porosity of the Material

Free electrons facilitate the transfer of an electric current from one end to another. Hence, the more the number of electrons, the more will be the electrical conductance of the material.

Can an Insulator be transformed into a Conductor?

Yes, this can be possible in the case of semiconductors.

At room temperature, semiconductors act as insulators. However, with an increase in temperature, they begin conducting electricity.

This is because, at high temperatures, the electrons in the valence shell of the material acquires enough energy to jump into the conduction band and transfer electricity.

Specific properties of fiberglass that makes it long-lasting and durable are as follows:

• Mechanical strength: The specific resistance of fiberglass is greater than that of steel.

• Electrical and thermal resistance: Fiberglass does not conduct heat and electricity. Hence, it’s an excellent insulator.

• Incombustible: Fiberglass does not catch fire or emit smoke.

• Dielectric permeability: Fiberglass is used in electromagnetic windows since it doesn’t transmit radiations.

Which is the best insulator in the world?

Diamond is the best insulator in the world. It is made up of carbon atoms and lacks free electrons. Other excellent insulators are pure water, air, oil, glass, and rubber.

Which is a better insulator, fiberglass or PVC?

Fiberglass is a type of reinforced plastic made from a woven material consisting of tiny glass fibers. Since it lacks free electrons, fiberglass is used as an insulator for heat and electricity. But an increase in temperature may cause certain insulators to conduct electricity. Fiberglass insulation is primarily used in houses for restricting the flow of heat across wall surfaces.