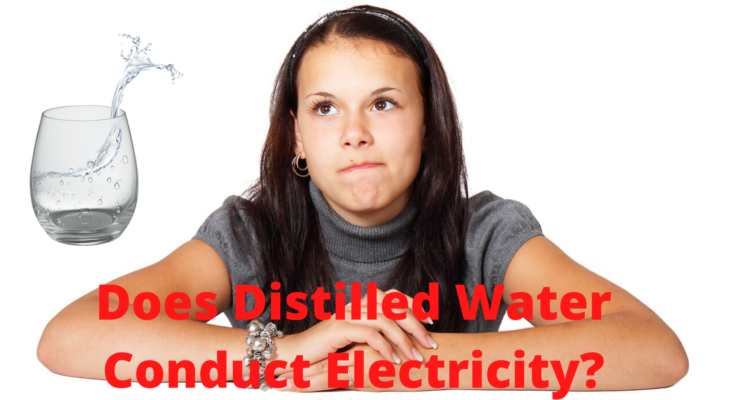 Distilled water is free of any other impurity apart from the water molecules and they do not have the free ions in it to flow through which electric current is produced.

We can define Ions as positively or negatively charged molecules or single atoms. They flow towards the oppositely charged particle so as to become stable because they are not stable or neutral. Na+ (Sodium-ion), Cl- (Chloride ion), S2- (Sulphide ion) are some of the common examples of the ions.

Basically, free ions are responsible for passing the electric current through the water. Free ions are mobile in nature which flows from the negative terminal to positive terminal when a potential difference is applied across the water.

Therefore, the distilled water is an insulator because it has no free electrons to flow across through it.

As we pass an electric current through it, the water dissociates into hydrogen and chlorine gas.

Now, the flow of electric current was made possible because of the NaCl which dissolves in water and dissociates into 2 oppositely charged ions that are Na+ and Cl-. If we had distilled water and no salt dissolved we couldn’t perform this experiment.

Why distilled water is a poor conductor of electricity?

Distilled water is the purest form of water that does not have any other dissolved impurity added to it. It contains only H2O molecules that are bind together by covalent bonds due to which there are no free ions present in it. Therefore, It is a poor conductor of electricity.

To conduct electricity, it is necessary for the solution to contain free electrons or free ions. H2O molecules itself is completely unionized.

The main reason for the poor conductivity of distilled water is the absence of free ions ( positive or negative). As ions are only responsible for the flow of electric current.

Distilled water only contains a stable molecule of water H2O and has no other free electrons to flow across the water.

Therefore, Distilled water makes it as an insulator. On the addition of salts such as NaCl (Sodium chloride) or other impurities, it will act as a conductor because salt contains Na+ and Cl- that flow through the water and electric current will flow through it.

Salt acts as an impurity in water that provides free ions to produce an electric current. 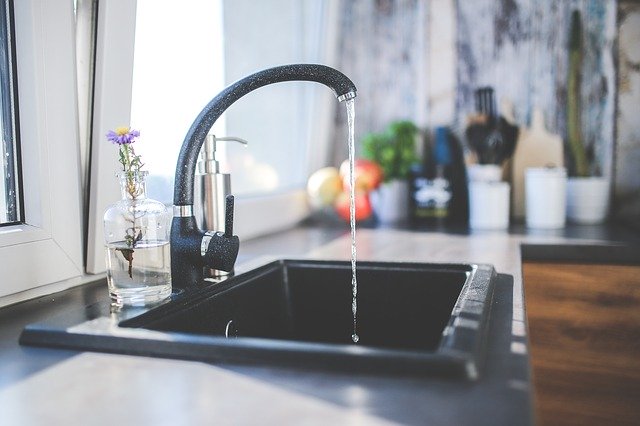 Yes, tap water is not pure water. It contains minerals and other dissolved salts that can ionize into the tap water. These ions help in the flow of electric current to flow through it.

Higher the number of ions present in the water, the higher will be the conductivity. Therefore, distilled water is an insulator because there are no ions present in it to conduct the electricity.

And also to filter tap water, chlorine compounds are also added in the water. This process of adding chlorine in the tap water is also known as chlorination.

Due to the chlorination of tap water, there are sufficient Cl- ions (chloride ions) that act as free ions to conduct the electricity.

Basically, chlorination of tap water is done to prevent health problems such as typhoid, cholera, etc by filtering tap water.

Yes, rainwater conducts electricity because it contains impurities such as oxides of sulfur which are acidic in nature and they furnish H+ ions. And, these free ions will conduct electric current with their movement on applying a voltage across the rainwater.

The conductivity of rainwater is directly proportional to the amount of dissolved salt into it. The more the salts present in the rainwater, the more will the free ions to conduct the electricity in it.

In some areas around the world, the death news of humans is heard due to electric current seeps into the water bodies.

Therefore, it is generally advised to avoid touching electrical appliances during the rainy season. As the electric sockets or wires can be wet and can give you a sudden electric shock.

Cattles should not be tied to electric poles in the case of rain. It can be life-threating for animals.

How can we make the distilled water conduct electricity?

The salt present in the distilled water contains free ions that can move inside the liquid. If we put that water inside a container and apply a voltage across it, the electric current will flow through it.

In this article, I tried to cover the topic of poor conductance of distilled water with the logical reason behind them.

I hope you guys got enough information about the conductivity in distilled water.