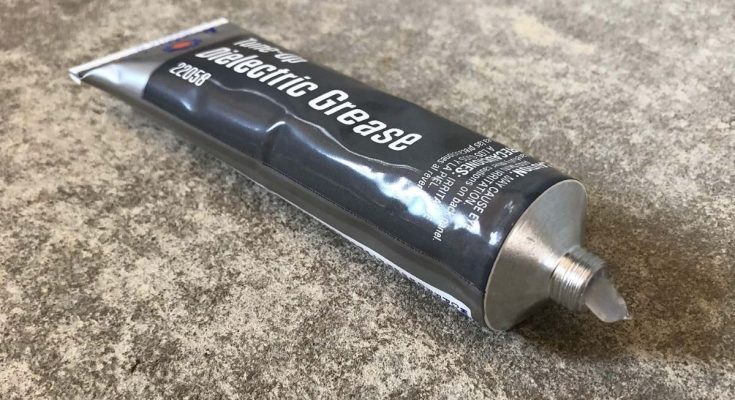 Well, its job is to your electrical connections. And don’t you think that protections are usually insulators?

Does dielectric grease conduct electricity? No, it does not conduct electricity. Even if it is used at points of electrical connections, it is incapable of conducting any electric current. Instead, it acts as an insulator and protects your connections from various agents like moisture, dirt, etc. Additionally, dielectric grease can also provide protection against corrosion.

We have been talking about dielectric grease so far, but how well do you know what it exactly is? And besides electrical connections, does it have any other application?

Moreover, if it is an insulator and acts as a protection, does it also interfere with conductivity?

Many people have misconceptions regarding using vaseline as a substitute for dielectric grease; is that possible? If any of these questions are on your mind, you can find their answer below.

What is Dielectric Grease?

Dielectric grease is a silicone-based grease. It is also known by different names, such as “tune-up grease” and “silicone grease”.

This grease is made up of silicone oil along with a thickener, which makes it waterproof. Dielectric grease cannot dissolve in most liquids, making it ideal for outdoor as well as marine applications.

For the production of dielectric grease, you would need polydimethylsiloxane, silicone oil, and a thickener, which can be powdered polytetrafluoroethylene amorphous fumed silica or stearates.

Can you guess dielectric grease is not used on silicone-based rubbers or plastics? It is because this grease itself is made up of a silicone base, and using it on products made of silicone will break them down.

Dielectric grease is also ideal for lubrication of electric connectors and sealing, but does it conduct electricity? We’re going to find that out in the following section.

The Electrical Conductivity of Dielectric Grease

As we have mentioned earlier, dielectric grease does not conduct any amount of electricity but acts as a very good insulator instead. Being an insulator, it prevents the flow of electric current.

Is it possible to prove whether dielectric grease has the property of electrical conductivity or not? Absolutely.

In order to prove it, all you need to do is perform a simple test. For this test, you would need a multimeter. Place the multimeter on top of the diode symbol. On one of the probes of the multimeter, inflate the dielectric grease. Then connect it with the second probe.

If it is a conductor, then no sound will be made. The absence of any sound proves that even with a complete and close circuit, the dielectric grease does not conduct electricity.

Now that you’ve learned how to test the dielectric grease, are you wondering whether it interferes with the electrical conductivity of products or not? Read on for more answers.

Does Dielectric Grease Interfere with Conductivity?

Dielectric grease interfering with electric conductivity is a common misconception among people. It is because of this misconception many people do not even want to use it.

However, the truth is, dielectric grease does not interfere with the electrical conductivity of a material.

While carrying out experiments in the water, the connectors were unlubricated. The non-lubrication led the connectors to experience leakage of electric current. This leakage could even result in a short circuit.

However, you should never use large amounts of dielectric grease inside your connectors. Just keep in mind that you should apply them cautiously.

It is because even though there is no change in surface resistance, dielectric grease can stop the flow of electricity when placed in the direct path of electricity.

Between two connectors carrying AC or DC, dielectric grease might lead to the improper working of a device as it might block a few current paths. 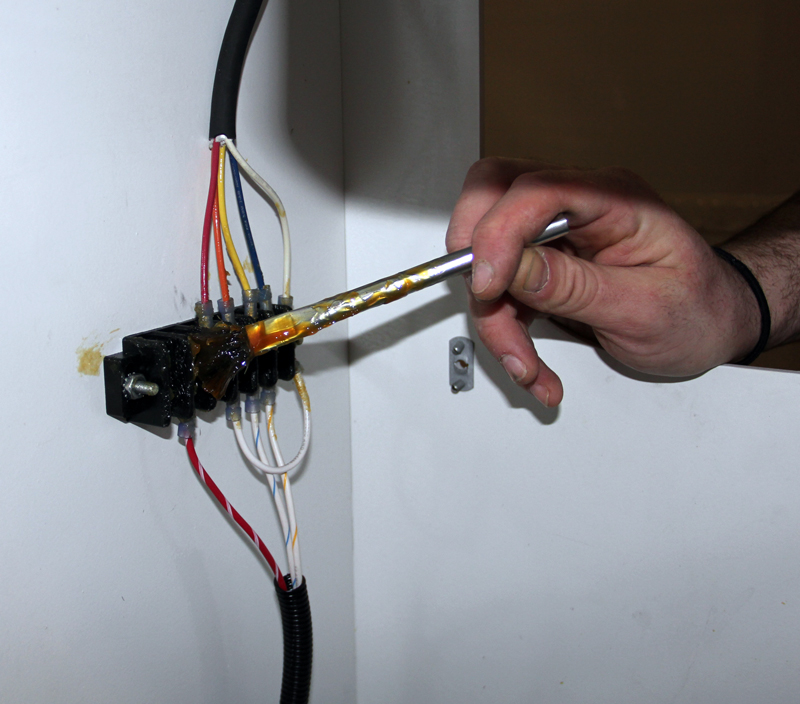 Pros and Cons of Dielectric Grease

So far, we’ve been talking about the electric conductivity of dielectric grease. But other than being an electric insulator, what are the other qualities of this grease?

And what are the potential issues you could face while using them? That’s exactly what we’re going to talk about in this section.

Additionally, it can also withstand very high temperatures of about 500 degrees Fahrenheit.

2. Protecting electric systems: Protecting the plastic and rubber used in electronic systems is possible by using dielectric grease on them.

Moreover, it even protects computer chips from dangers, like fire and other catastrophes.

Did you know that oxide layers increased resistance and signal loss?

4. Providing Lubrication: Dielectric grease helps you to lubricate various components of engines. For instance, it helps in the lubrication of rotors, speedometer cables, and distributor caps.

If dielectric grease is not used cautiously and properly, then it can cause several problems. Given below are some of them:

1. Non-conductive properties: Earlier, we discussed how dielectric grease helps us insulate electric systems and protect them. However, if it is used incorrectly, it can also stop the flow of current.

Another reason why the flow of current might stop is even when you forget to clean the contact points of the conductor.

2. Might lead to melting of silicone rubber: When you apply dielectric grease to silicone rubber, it melts the rubber. It is because the grease itself is silicone-based and is, therefore, capable of breaking down the silicone rubber.

3. Causes irritation: While using the dielectric grease, you should always wear gloves and safety glasses. It can irritate your eyes and skin.

At high temperatures, dielectric grease produces formaldehyde. Formaldehyde usually irritates your respiratory system and eyes. You should always keep in mind the temperature at which you apply the grease.

How is Vaseline different from Dielectric Grease?

Although dielectric grease and vaseline are two different things, it is not uncommon for people to get confused between them.

The main reason behind this confusion is because they both can be used in the electrical and motor industries.

But before we dive into the differences between these two materials, do you know what vaseline is? What is it made of?

Vaseline is a widely used product made up of petroleum. It is also referred to as “petroleum jelly”. Did you know that apart from keeping your lips moisturized and other uses at home, it is also used for industrial purposes?

The industrial purposes of vaseline are: using it for coating items prone to corrosion, finishing wood, and also moistening of plasticine.

Additionally, vaseline is also used for conditioning leather. It helps in preventing moisture loss and also acts as a release agent for plaster molds and castings. 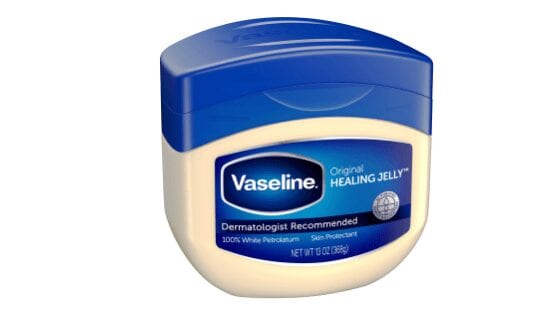 Differences between the Vaseline and Dielectric Grease

Moreover, vaseline will not last for long when exposed to very high temperatures and is weaker than dielectric grease.

Difference Between Dielectric and Lubricating Grease

Even if they both are greases, dielectric grease, and lubricating grease are used for different purposes. Their process of manufacturing is also different.

As we’ve discussed earlier, dielectric grease is made of a silicone base along with a thickener.

On the other hand, the lubricating grease is manufactured from lubricating oil along with a thickener and other additives.

The devices that are used to supply lubricants are called lubricators. Each lubricator has a bearing with a hole or an adjustable valve through which lubricants can flow due to gravity.

The lubricating grease is produced with a special formula combining lubricating oil that can be a vegetable, synthetic, or petroleum, additives that help improve its performance, and thickener.

It finds its application in the lubrication of automotive, industrial, and other mechanisms.

Dielectric grease is used for sealing metal surfaces to protect them from corrosion.

Dielectric grease is an insulator and provides proper insulation where required. Lubricating grease even protects rubber and plastic coverings of electrical connectors and computer chips from fire.

Can Dielectric Grease be used on a Circuit Breaker?

A circuit breaker is an automatic switch that switches off an entire electric circuit to protect it from catastrophes like short circuits and overloading. If this switch detects any faults in the circuit, it will simply disrupt the entire flow of current and switch off the circuit.

Now, coming to the second question: Can Dielectric Grease be used on a Circuit Breaker?

Yes, you can apply dielectric grease to a circuit breaker. You just have to be careful while doing it, as every part of the circuit breaker shouldn’t be greased.

Dielectric grease is used only when there is a corrosive atmosphere. In the manual of your circuit breaker, if it is specified that you need to lubricate a few specific parts that conduct electricity, then apply dielectric grease on them.

Be cautious and read the manual thoroughly to know the exact parts to be lubricated by dielectric grease. 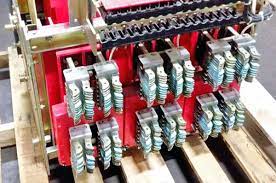 We can conclude that both are different materials, but dielectric grease has a better preservation strength than vaseline.