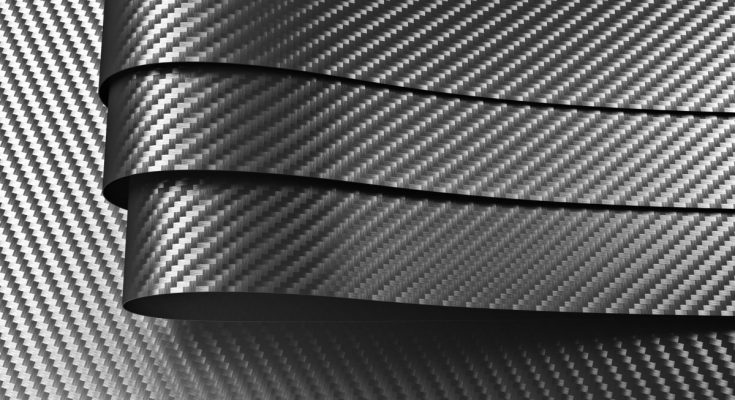 Unlike any other stoichiometric compound of carbon, one actually cannot talk about fixed properties and a definite atomic proportion in carbon fiber. It is more like a polymer, like polyethene, where carbon fibers are similar to each other but not identical.

Properties of carbon fibers vary with the method of preparation.

So, let’s just talk about one of the most significant properties of carbon fibers that can bring a revolution in the field related to electrical conductivity.

This brings us to ponder on some points

Before that, Let’s talk about carbon fibers, the manufacturing steps and discuss their structure to have a better idea of electrical conductivity within the fiber.

What are Carbon Fibers? 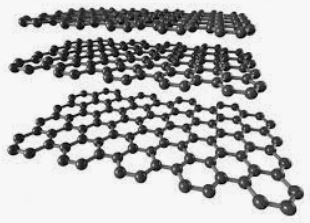 Carbon fibers are long-chain carbon units with a graphite-like networked structure. Owing to the catenation property of carbon atoms, such long-chain networked units of carbon exist.

Thomas Elva Edison is acknowledged for the manufacture of the first carbon using natural cotton for testing in the electric filament of the bulb. These days, many other materials, like polyacrylonitrile, rayon, or petroleum pitch, are in use as raw stock for the manufacturing process.

The raw materials used in the synthesis of carbon fibers are called precursors. 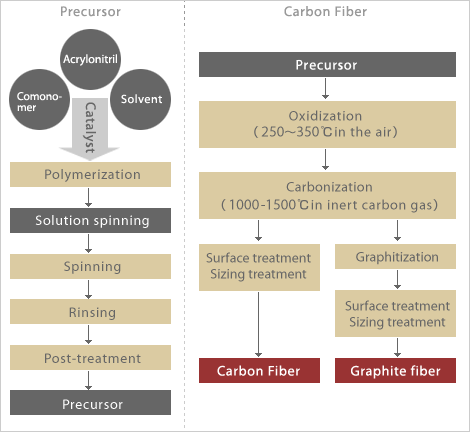 Step 1: Polymerization: The precursor is polymerized to get a long-chain polymer.

Step 2: Spinning: The resulting polymer is then spun into long fibers. Both chemical and mechanical methods are generally used.

Step 3: Oxidizing: The fiber obtained is stabilized by air heating. It picks up oxygen from the air and a complex process of atomic rearrangement takes place to stabilize the fiber.

Step 4: Carbonization: High-temperature treatment of the oxidized and stabilized fiber in absence of oxygen helps these to lose non-carbon atoms to give a tightly packed carbon fiber.

Step 5: Surface treatment: Carbonized fibers do not have very efficient bonding properties that can help these to blend with epoxy resins to form a composite. The surface is therefore treated accordingly with certain chemicals to achieve this binding capability.

Step 6: Sizing: The fibers are coated with epoxy, nylon, polyester, etc. for their protection. This is known as sizing.

Research is now going on to increase the electrical conductivity in carbon fibers to revolutionize the area of alternating current transmission.

It is well known that one of the allotropes of carbon, i.e., graphite, is a good conductor of electricity. The presence of delocalized and free electrons on graphene sheets makes it possible for graphite to conduct electricity.

Graphene sheets are a two-dimensional network of a hexagonal arrangement of carbon atoms.

Each hexagon in graphene sheets contains alternate single and double bonds. Electrons in a graphene sheet are, therefore, delocalized due to the conjugated structure. The availability of these delocalized and freely moving electrons impart electrical conductance.

The graphene sheets, when stacked together in layers, form graphite.

Unlike graphite, the 3D arrangement of graphene sheets is not regular and does not follow a measurable crystallographic order.

In fact, the technical term used to define the 3D arrangement of graphene sheets in carbon fiber is turbostratic. The non-homogenous, haphazard, and irregular stacking of graphene layers is called turbostratic layering.

In turbostratic layer arrangement, the distance between graphene sheets is more than what is observed in graphite.

Due to an irregular stacking of graphene sheets, carbon fibers are not very great conductors of electricity. The electrical conductivity is, thus, low, but can be enhanced by adding certain materials.

The reason for the low conductivity in carbon fibers is attributed to the non-homogenous, irregular stacking of the graphene sheets.

In order to achieve a higher electrical conductivity, one can deploy techniques that can overcome the structural shortcomings for efficient transmission of electric current.

Sometimes, modifications in the method of preparation of carbon fiber can yield a more regular structure and crystalline graphene stacking that can improve the conductivity. 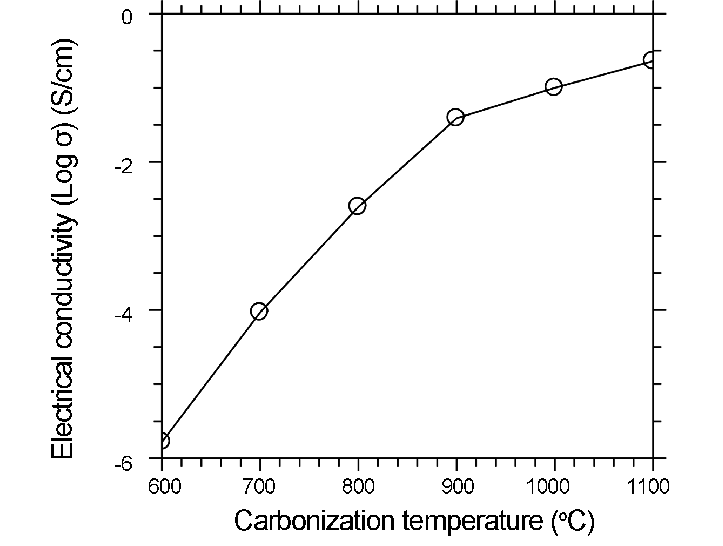 This is due to an increase in the ordered network of graphene sheets.

The introduction of materials like carbon nanotubes (CNTs), carbon black, or graphene particles helps in filling the gaps between stacked graphene sheets in carbon fiber. This in turn assists in electron movements and enhances electrical conductivity.

Metals, such as silver, copper, aluminum, are very good conductors of electricity. The electrical conductance of these metals is generally in the range of 35 X 10^6 to 62 X 10^6 S/m.

Carbon is a versatile element that itself is found in many allotropic forms. Carbon is capable of forming giant network structures as well as long polymeric chains due to the property of catenation. This property has also given way to the manufacture of carbon fibers with many useful properties.

Electrical conductivity in carbon fibers is one of the significant properties that need to be harnessed efficiently. Carbon fibers are good conductors of electricity due to the availability of delocalized and freely moving electrons on the graphene sheets.

But the electrical conductivity is too low when compared to metals. The irregular and amorphous stacking of graphene sheets to form carbon fibers result in low conductance. However, different methods are being researched to overcome this shortcoming.