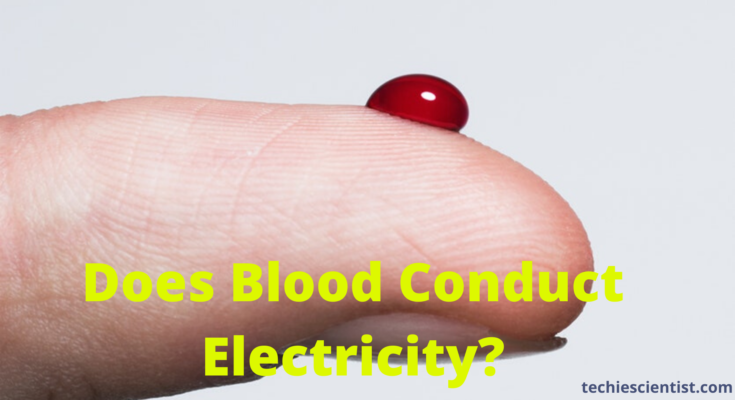 Blood is a very essential liquid present in a human body that circulates through the body and transports the oxygen and required nutrients to cells present all over in the body. Blood contains water, salt, and oxygen with other compositions as well. Many students may have a doubt regarding whether blood conduct electricity? So, in this article, I will answer this question and also make you understand this in detail.

Blood is an essential part of a living body including humans, animals, and other organisms also. It is present in the form of a fluid that is essential for survival. The main function of blood is to provide oxygen to cells and tissues. It also provides essential nutrients like proteins, amino acids, glucose, etc to cells.

A cell is basically the smallest unit of life. It needs several nutrients for its growth.

These four components further contain water and salt. And as we know, the salt solution is an electrolyte that is a good conductor of electricity due to the presence of free ions that are mobile and helps in conducting electricity.

On passing electricity through a blood containing salt (NaCl), Sodium and Chloride ions are disassociated as free carriers.

Free electrons are sufficient for the conductance of electricity. 55% portion of the blood is constituted by plasma which contains 92% of water and rests glucose, protein, etc.

Water and salt make the best pair for electrical conductivity. This is very important to know that an open injury mark on your body is more prone to the shock if it gets touched to any open electrical appliance including open wire, switchboard.

Many of you may be thinking about the role of iron in the conductivity of blood. But, iron does not play a high role in the conductance of electricity in blood. Basically, iron is completely locked up in the hemoglobin present in the red blood cells (RBC).

Blood is neither an ideal conductor nor an ideal dielectric. The conductivity of blood does not depend only on RBCs and WBCs but also on chemical compounds present in it drastically change the electrical properties.

And according to studies, it is seen that the conductivity of diabetic human blood is more than normal human blood. Thus, a change in glucose amount in the blood changes its electrical properties.

The conductivity of blood vs water

If we compare the conductivity of blood with that of water. We should say that it depends on the type of water and also the composition of blood. But as per general case studies, the water has more conductivity than the blood.

Therefore, there can be seen differences in the value of conductivity in saline water, tap water, seawater.

In a human body, fat and bones have the greatest resistance.

According to statistics, the dielectric constant for plasma in the blood is highest. And in erythrocytes and in hemolysis blood, it is comparatively low. 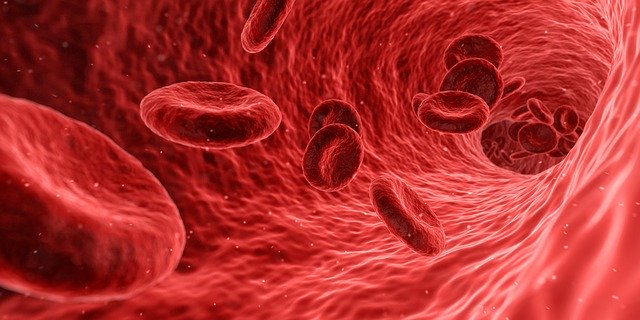 Plasma contains around 90% water and rest are proteins and ions. Ions are present 1% by weight in plasma. NaCl is the major salt present in the blood that contributes around 66% of the plasma ions. There are many other ions such as Calcium, Phosphate, Sulfate, and Magnesium.

These ions prevent blood cells from bursting up and it is the job of a Kidney to regulate the concentration of these ions.

Also, there are many plasma gases such as carbon dioxide and Nitrogen. CO2 also results in the formation of bicarbonate ions.

Ions are the responsible carriers to conduct electricity and the number of ions present in the blood is directly proportional to the conductivity. Salts such as NaCl, magnesium, bicarbonate, etc. These ions help in the conductance of electricity.

The electrical properties also change with the blood in motion and its viscosity. It is studied by biochemists that the larger the diameter of the passage of blood flow, the greater is the conductivity.

It is due to these ions that blood has become such a conductive liquid.