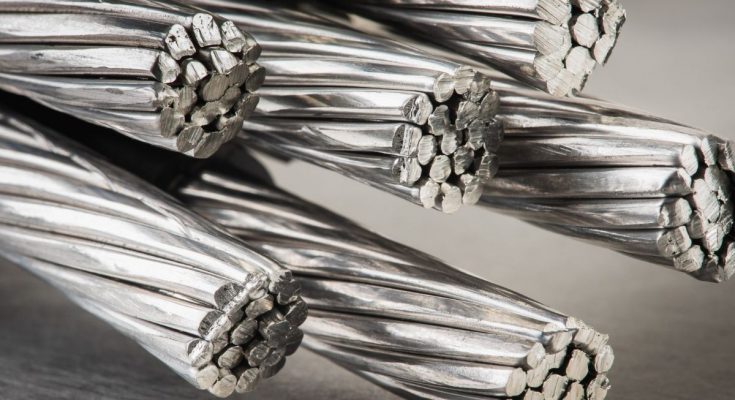 Aluminum is the most widespread metal and the third most common element after oxygen and silicon on earth. It makes up about 8% of the core mass of the earth. It has the atomic number 13 and is represented by the symbol Al. It was first produced in 1824.

It occurs as a silvery-white substance and is mostly found in the form of aluminum sulfates. The major ore of aluminum is bauxite.

So, Does aluminum conduct electricity? Yes, aluminum is a conductor of electricity as it allows the electric current to pass through it. Each aluminum atom has three valence electrons that are loosely bound to the nucleus and move randomly as they do not remain associated with one single atom. These electrons are readily available as charge carriers and hence, help in the conduction of electricity.

Application of the source of electricity channelizes the energy of these electrons due to which they start moving in one direction i.e. from negative to positive terminal of the given source and therefore, conduct electricity.

Let us study it in more depth. Stay connected!

Why does Aluminum Conduct Electricity?

Aluminum is a good conductor of electricity owing to the presence of the sea of delocalized electrons inside it.

These electrons do not belong to any specific atom and are free to move, thus, help in conducting electricity.

As soon as an electric potential is applied these randomly moving electrons start flowing in one particular direction, from negative to positive terminal, and hence, conduct electric current.

Aluminum is a metal and therefore, the atoms inside it are held together through metallic bonding. The electrostatic attraction, between metals ions arranged in the lattice structure and the free-floating electrons, is known as metallic bonding.

The lattice structure refers to the regular repeating pattern of atoms inside a substance.

Inside aluminum, the positively charged lattice of the metal atoms is surrounded by loosely held negative electrons.

These loosely bound electrons are also known as the sea of delocalized electrons as they are present in enormous amounts.

They are also responsible for holding the entire structure together and serve as very strong attraction forces due to which metals have very high melting and boiling points.

What determines the electrical conductivity of a material?

The ability of a material to conduct electricity is known as its electrical conductivity.

There is another category known as semiconductors that conduct electricity under specific conditions.

The electrical conductivity of a material is measured in Siemens per meter (S/m).

For a material to act as a conductor it must have both positively and negatively charged particles that shall be free to move in space. Upon application of potential difference, these particles conduct electricity.

In the case of metals such as aluminum, electrons act as the carrier of electric current and are responsible for the conductivity of metals.

For example in the case of group one atoms such as sodium (Na+), there is only one free electron per ions while in group 3 atoms like aluminum (Al+3), there are 3 delocalized electrons per ions, as the number of electrons is more in case of aluminum, it will be a better conductor of electricity than sodium.

However, the property of electrical conductivity is not only limited to metals. Some other elements and compounds also conduct electricity.

Usually, the compounds that act as electrical conductors are ionic, for example, HCl, NaOH, etc.

At higher temperatures, when these compounds reach their melting point, they may conduct electricity even without the presence of water molecules.

Graphite even after being a non-metal and non-ionic compound conducts electricity owing to the presence of delocalized electrons like metals.

Actually, graphite has a layered structure and the delocalized electrons are present in between the layers. These electrons are free to move and are responsible for the electrical conductivity of graphite.

The Conductivity of Aluminum 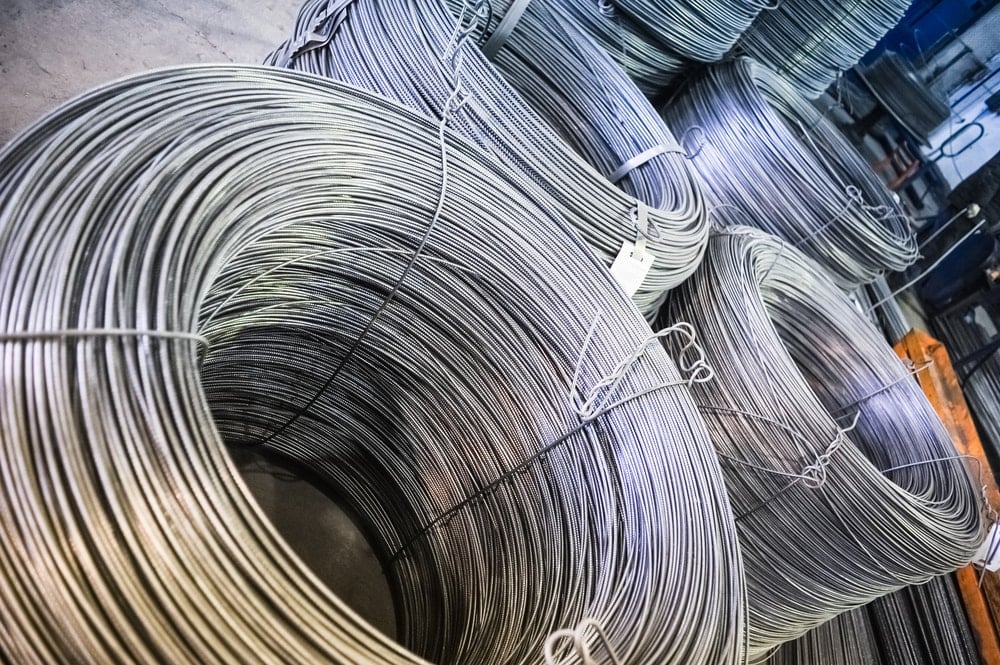 Aluminum is a group three metal element that means it has three electrons in its valence shell that are free to move in space.

These electrons move randomly around the aluminum atoms as they are loosely bound to their atoms or are delocalized.

When a source of current is applied to the metal these electrons start moving in one direction and hence, conduct electricity.

Resistance is the property of a material that acts opposite to its conductance.

This means that the materials with higher resistance will be bad conductors of electricity and vice versa. The resistance of a material is measured in ohms (Ω).

The electrical resistivity of aluminum is very low and measures about 2.82 X 10-8 Ω-m, indicating that it is a good conductor of electricity.

Resistance although assumed as a negative force but is quite useful in the functioning of various electrical appliances such as toasters in which the resistance coils are used for generating heat energy.

All the materials offer some level of resistance except for a few materials that have zero resistance and are known as superconductors.

How to Measure Conductivity?

The electrical conductivity for material is measured with the ease of the movement of free electrons inside the material. It is measured in Siemens/meter or mho/meter.

The formula for conductivity is given as:

Where L = length of conductor

A = area of cross-section of the conductor

R = resistance of the conductor

The conductivity of metals depends upon the ohm’s law which states that the current flowing through a conductor is directly proportional to the electric field applied to it.

Why Copper is more Conductive than Aluminum?

The Fermi level for copper is within third and its Fermi energy is 7.0 eV while for aluminum it is 11.7 eV.

This means that the free electrons around the copper atom have more chances of getting easily excited. These excited electrons are responsible for the conduction of electricity explaining that copper is more conductive than aluminum.

It is majorly due to the difference in the electrical volume resistivity of these two metals.

As we have already seen in the previous section conductivity is inversely proportional to cross-sectional area. Therefore, this makes copper a better conductor of electricity than aluminum.

Moreover, the value of the coefficient of thermal expansion is also lower for copper in comparison to aluminum.

This value is a measure of the change in volume of an electrical conductor in response to temperature. As copper has a lower value it decreases the safety concerns that may arise due to destructive forces working inside the conductor.

However, even when copper is a better conductor of electricity and a safer option to be used, it is less popular in the production of electrical wires.

The reason for this is that copper is far more expensive than aluminum which is readily available in nature.

Like other metals, aluminum is malleable, ductile, hard, a good conductor of heat and electricity, and forms a variety of alloys. Few other properties are listed below:

• It is a silvery-white, non-magnetic solid. Check out a specific article written on is aluminum magnetic.

• It is non-lustrous and has a slight blue tint.

• It is non-sparkling but sometimes the surface can be reflective.

• It has a face-centered cubic structure making it very stable.

• It is corrosion resistant as it forms an oxide layer on its surface.

• It is light in weight and durable.

Aluminum has a wide number of applications, some are as follows:

• It is used in making electrical casings.

• It is used in making electrical conducting lines.

• It is used for making heat sinks, especially for transistors and CPUs.

• Aircraft fuselages are also made of aluminum.

• Aluminum foils are used in the kitchen for the storage of food and keeping it warm for a long time period.

• Aluminum vapors form a very reflective coating when evaporated in a vacuum, which is very long-lasting. These coatings are used in making telescope mirrors, toys, packaging materials, etc.

• Aluminum is the second most malleable metal and is therefore used in making a variety of products. It forms important parts of all types of transports including airplanes, trains, trucks, etc.

• Aluminum is a good conductor of electricity due to the presence of delocalized electrons which help in the transmission of electric current.

• Also, aluminum is a good conductor owing to its low electrical resistivity which is about 2.82 X 10-8 Ω-m.

• The conductivity of a material is given by the formula:

• Copper is a better conductor of electricity than aluminum due to its higher relative conductivity and lower electrical volume resistivity.