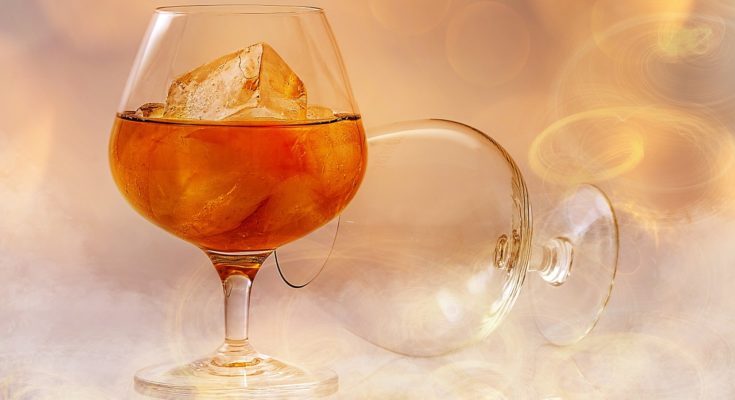 Many people around the world consume alcohol after work, at parties, and in many other events. It is also used for the manufacturing of medicines and cooking purposes too. How many of you notice how much alcohol is left after cooking the dish.

There are many properties of alcohol that brings out many questions in mind. In this article, we will discuss whether alcohol evaporates or not.

So, does alcohol evaporate? Yes, alcohol does evaporate. It evaporates at a lower temperature than water. The molecule near the surface(liquid-gas boundary) tends to break hydrogen bonds and escape out of it. If we heat up alcohol mixed with water, the alcohol evaporates first due to the lower boiling point of alcohol.

The alcohol molecule exhibit the hydrogen bonding in its molecule the same as in water. Alcohol is an ingredient used in many beverages like beer, wine, whiskey but varies in proportion added to it.

It is also expressed as R-OH where R is the series of hydrocarbons and OH is hydroxyl group connected. Basically, Ethanol or ethyl alcohol is alcohol that is used in common beverages that cause drunkenness.

The chemical formula of Ethanol is C2H5OH. If it is consumed in higher doses or on a daily basis, it can affect the liver badly and many other ill effects on the body.

However, if the consumption is limited or occasionally, It reduces anxiety. It slows down the nervous system and therefore the slower signaling makes the brain works slower. 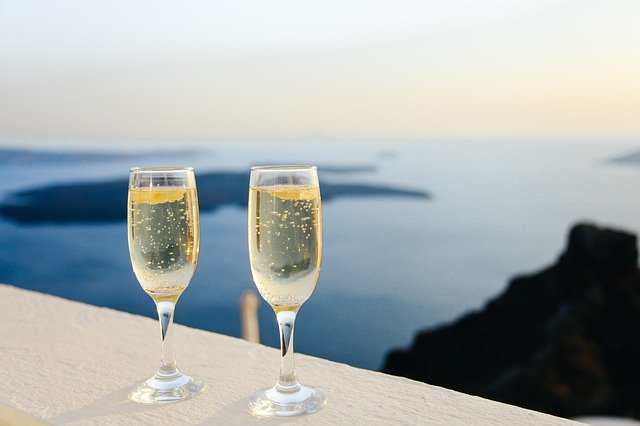 Alcohol evaporates because of its vapor pressure and therefore, its molecule lying at the surface of alcohol (liquid-gas boundary) breaks its hydrogen bonding and tends to escape out of alcohol solution.

It should be noted that alcohol evaporates at a faster rate than water. If we add water to alcohol and start heating it for evaporating the mixture. We will analyze that alcohol evaporates leaving behind water because alcohol has a lesser boiling temperature than water.
the vapor pressure of C2H5OH(ethanol) is calculated around 5.95 kPa at temperature 20 degrees Celcius, and at a temperature of 63.5 degrees, its vapor pressure is calculated around 53.3 kPa.

We should understand the basic phenomenon of the evaporation process. The evaporation occurs when the vapor pressure at the surface of the alcohol solution is greater than the air above the surface of liquid due to which the molecules of liquid rapidly vibrate and escapes out of the liquid and converts into the gas molecule.

The alcohol molecules at the surface at some time acquire enough energy to break the molecular bonds and goes into the air in the form of vapors.

IMF (Intermolecular forces) are the forces that hold the molecule near each other in liquid and solid states. These are not chemical bonds force that keep the atom connected to each other. They are responsible for keeping the molecules near to each other.

The liquids exhibit a vapor pressure that arises from the formation of vapor from a liquid molecule.

In the initial stage, this pressure increases as more number of molecules of the liquid turn to the gaseous molecule. When the liquid remains less, a decrease in vapor pressure is seen. And finally, an equilibrium point raches when the rate of vaporization and condensation becomes the same.

There are many factors that are responsible for the rate of evaporation of a liquid solution, we will discuss them one by one. Below are the listed factors.

Physical and Chemical properties of Alcohol

Alcohol does evaporate like other liquids. The molecules of alcohol present over the surface of it break the hydrogen bonding and escape out and turn out to vaporized molecules.

Like water and other liquids, the rate of evaporation of alcohol also depends on factors like temperature, surface area, humidity, and wind speed.

So, guys if you have any doubt, you can ask your question in the comment section. We will reach out to you as soon as possible.