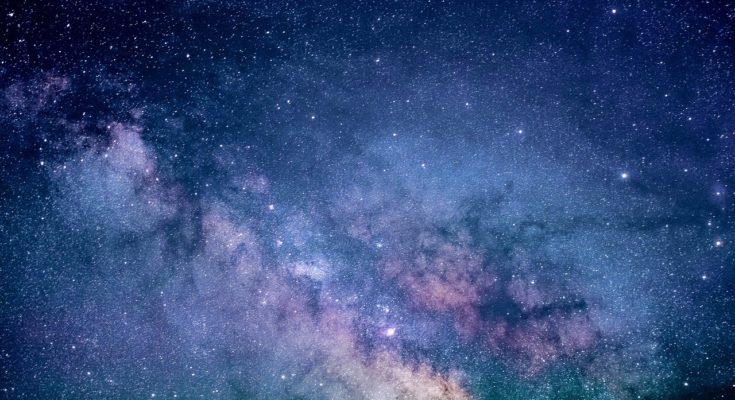 The Earth is engulfed by layers of gases and chemicals that are known to us as the atmosphere. This atmosphere has been serving as a protective blanket or an armor against the deadly rays from outer space and is also maintaining the Earth’s temperature.

However, the atmosphere is a barrier in astronomical studies and exploration for it reduces the visibility of planets and stars from the surface of the Earth.

So, do planets twinkle? The light reflecting from the surface of the planets reaches our eyes through layers of the atmosphere. The light undergoes refraction when moving through these layers of gases and changes its direction. The planets appear to twinkle to a barely noticeable degree due to this phenomenon of scintillation–the same phenomenon that applies to the twinkling of stars. As opposed to stars, planets flicker almost negligibly.

The Earth’s atmosphere is a mixture of gases like Nitrogen, Carbon dioxide, Argon, traces of hydrogen and many other gases that are the by-products of life on Earth.

The atmosphere, in addition to gases, has several regions of hot and cool air. How do these regions impact the planet’s visibility from the Earth? Why don’t planets twinkle as much as stars do?

Well, we have a very bright explanation for that. But before getting to the answers directly, let’s learn about a few important things.

What is the source of light for entities in space?

For objects in space that do not have their own light, the Sun acts as the source of light and energy. Planets, moons, satellites, asteroids, and comets reflect the sunlight in the space.

Meteors ignite light due to friction and gases in the atmospheric layers. The emission nebulae emit light by converting the energy of a nearby star into its own light.

Stars emit light because they are gigantic packs of gases that have nuclear fusions occurring within the bodies.

What are stars and planets made of?

The stars are balls of hot and exploding gases – hydrogen and helium. They emit bright light and generate intense heat. In addition to the light gases, stars are comprised of heavy gases too– oxygen, carbon, nitrogen, and iron.

The stars are formed by clouds of dust or recycling of material ejected by those stars which have run out of fuel. The star nearest to our planet, the sun, comprises of helium and hydrogen.

The later element has been constantly undergoing nuclear fusions within the sun.

These giant hot bodies in billions form the galaxies. Our Milky Way galaxy has around 300 billion stars scattered in it. For an interesting fact, the bigger the star the smaller is its life span. The galaxy from space looks like a whirlpool of minuscule spots of light.

Planets are made of rocks, water, minerals, and gases. The inner planets- Mercury, Venus, Earth, and Mars have a solid structure whereas those which belong in the outer belt of the solar system have loose and gaseous structure and are known as gas giants- Jupiter, Saturn, Neptune, and Uranus.

The planets are also known as “dark bodies” that reflect the sunlight.

Which entities in the space twinkle and why? 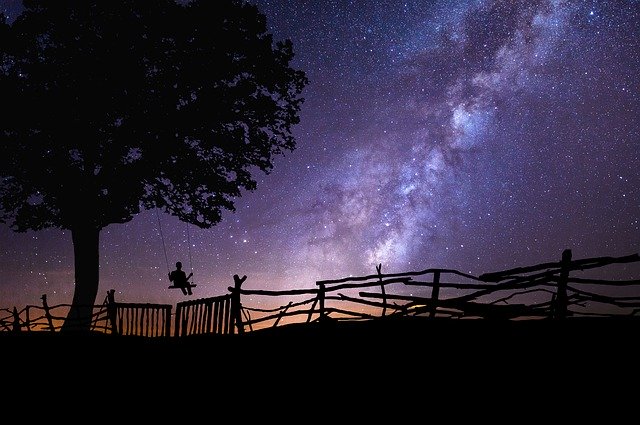 When you put a coin in a glass full of water, what do you observe? The coin appears to be shifting its place. This happens due to the bending of light- refraction that is facilitated by the water. The same happens when you observe stars from the Earth.

Imagine looking at the sky from the bottom of a swimming pool. The lengths to which and the frequency with which the light will bend when coming from such a far distance is what makes the astral bodies like stars twinkle.

The starlight coming from point source tends to be more easily obstructed, resisted and hindered by the atmosphere.

Our atmosphere offers turbulence and disturbance with denser and lighter air acting as prisms for the incoming light from the far and distant stars.

These shift the light little by little many times a second. Point objects like stars tend to appear as twinkling as the intensity of vibrations in light increases with an increase in distance.

What is atmospheric refraction?

When a light ray passes through it, the variation in the density of air changes the deviation of the light rays continuously due to which the source of light seems to shift down or up and also can stretch and shorten, this gives a twinkling effect.

This turbulence in the air makes the distant source of light like planets and stars appear twinkling.

Why do stars twinkle?

Stars are balls of gases filled with hydrogen and helium. The strong gravity of stars causes a fusion between these gases and generates a large amount of light which makes the stars appear bright from a distance as far as 4.37 light-years.

Stars generate a huge amount of light and heat without a break. Different stars shine with different intensities for they vary in their sizes and energies. The stars also exhibit vibrant colors as they differ in their temperatures.

Stars twinkle mainly because they are located light-years away from the Earth ( outside our solar system) and their light reaches our eyes crossing various gas layers and air pockets in the atmosphere.

The warm and cool pockets of air act as lenses for the light entering into the Earth and divert their direction by shaking their way in a zig-zag manner.

When the light finally reaches of eyes, it appears to flicker as it suffers the air turbulence. This phenomenon of scintillation changes the way the human eyes perceive the light- in terms of brightness and position.

Sun being a star does not twinkle. Why? Of course, because of its supermassive size and close distance from the Earth. It lies centrally in our solar system and thus the light faces minimal obstruction.

Do stars twinkle from space?

When observed from space, no entity appears to twinkle. Why? Obviously, because there is nothing in between to serve as a hindrance, like the atmosphere.

When photographed from space, the stars and other celestial bodies appear to emit a stable amount of light with invariable brightness.

The Hubble Space Telescopes have captured some of the highest defined and crisp photos of the universe.

Firstly, planets do not have enough light of their own to shine or glow in the space. They soak in the warm light from the sun and reflect the same. Secondly, planets revolve close to neighboring planets in a specified orbit. As opposed to stars, they are pretty close to the surface of Earth and appear bigger.

The sunlight reflecting from the surface of the planets does not have to struggle much to reach our eyes. The light travels through the atmospheric layers and regions of varying densities of air.

The light, therefore, does not suffer many obstructions to flicker. Planet’s structure can be easily detected and their outlines appear pin-point to our eyes. Due to the close distance, they appear to emit light having a fixed and invariable amount of brightness.

However, planets do appear to twinkle to unnoticeable degrees because even the distance from the planet to the planet is enough to cause the light to be hindered when entering through the atmosphere.

In a concluding note, we can say that planets usually appear to reflect a steady light and the reflected light from the planets reaches our eyes in a straight path.

Although the light from the planets suffers the atmospheric turbulence, due to the close distance from Earth and minimum vibrations in the light, the overall disturbance remains negligible giving a clear picture of the planets from telescopes.

I hope now you got enough information about whether stars blink or not. If you any questions, please leave them in the comment section. We will reach out to you as soon as possible.