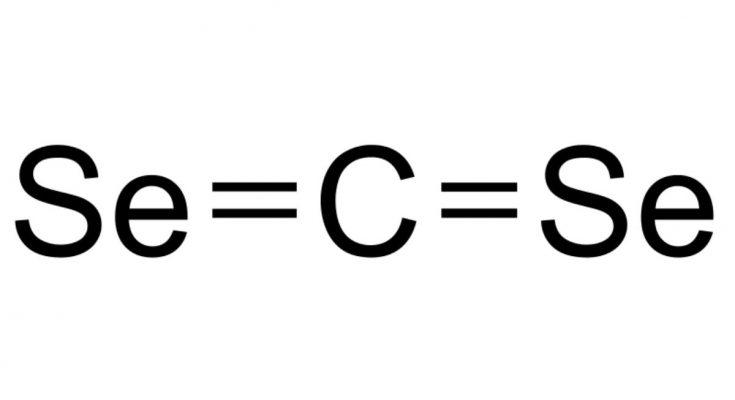 CSe2 is the molecular formula for Carbon diselenide which is a great solvent for different components used during industrial production. It is a part of the commercial production of rubber, cellophane, carbon tetrachloride, and viscose rayon.

Moreover, the polymer carbon diselenide is a good semiconductor with 50 S/cm electrical conductivity at room temperature.

Carbon diselenide has a distinct odor, somewhat similar to carbon disulfide when comes in contact with air.

As this compound is toxic to the human respiratory tract, it becomes essential to read about the mechanism behind its bond formation that can be studied only through its atomic structure.

The Lewis dot structure is the starting point to understand the behavior of a compound at the molecule level. It is known that the formation of a bond takes place when the valence electrons of the participating atoms come in contact with one another.

With the need to complete all the shells and stabilize themselves, an atom either shares or donates the valence electrons.

The valence electrons are those present in the outermost shell of an atom that participates in the bond formation.

It is because these electrons are located farthest from the nucleus, they do not experience a strong force of attraction.

Two elements are participating to produce one carbon diselenide molecule. These are carbon and selenium whose atomic numbers are 6 and 34. 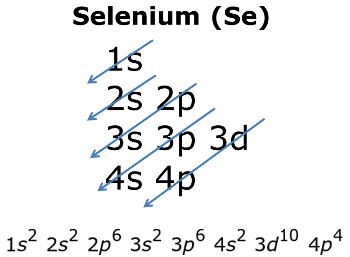 Steps to Draw the Lewis structure of carbon diselenide (CSe2)

It is because the central atom needs to undergo a maximum number of bond formations.

Step 4: Type of bond-forming in carbon diselenide (CSe2) molecule – It is a double bond between each selenium and carbon atom set.

Follow all the aforementioned steps to draw the final Lewis structure of the carbon diselenide molecule:

Why are valence electrons a maximum of eight?

The valence electrons tend to stabilize their octet by allowing a maximum of eight of them within the outermost shell.

It is because each molecule wants to reach the electronic configuration of the noble gas.

It may surprise you that many groups within the periodic table deviate from this rule. Some need to expand their shell to accommodate more number whereas, some needs only two valence electrons in total.

From the Lewis structure of carbon diselenide, it is clear that this triatomic molecule has linear geometry. It is so because all the participating atoms are arranged in a straight line to form the bond angle of 180°.

The structure of any molecule any be studied with the help of the Valence Shell Electron Pair Repulsion (VSEPR) theory.

According to it, all the molecules are arranged symmetrically to exert an equal force of attraction and repulsion.

Due to this equal force, all the molecules are arranged at equal distances from one another. Moreover, there is an equal number of lone pairs of electrons on selenium atoms which further do not support any deviation from the ideal situation.

The double bond forming between the selenium and carbon atom has one sigma bond and one pi bond.

The sigma bond is head-on overlapping whereas the pi bond is lateral overlapping.

We know that head-on overlapping is always stronger than lateral overlapping hence, they play a crucial role in determining the structure of a molecule.

It is because the sigma bond is forming between the selenium and carbon atoms, the whole structure is in symmetry. 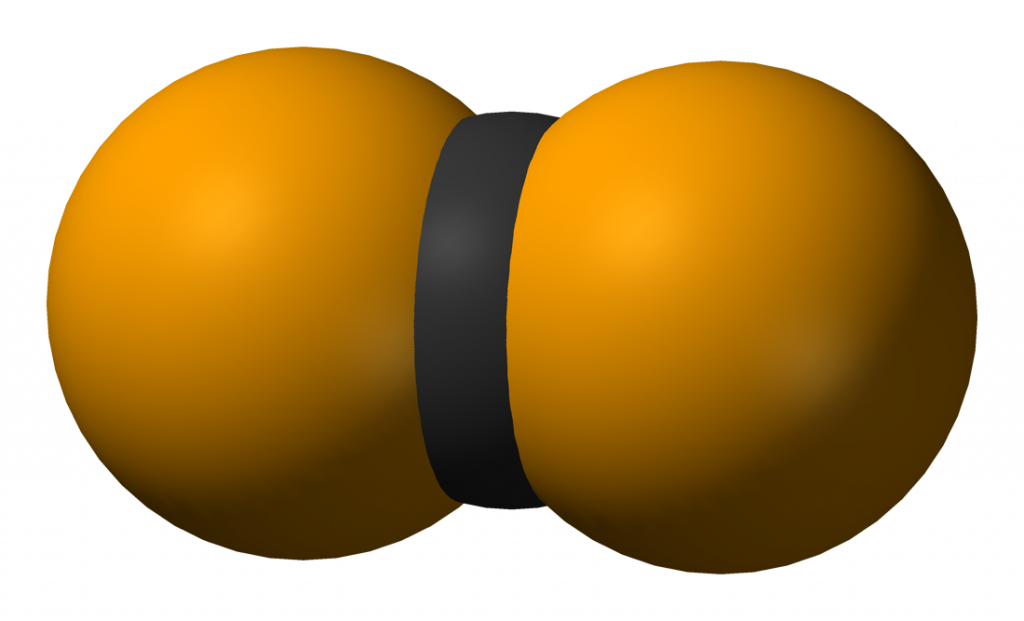 It is a known fact that molecules which are arranged linearly are always nonpolar in nature. It is because of the linear geometry that cancels out the overall dipole moment on the molecule.

Polarity is a behavior with which a molecule attracts a shared pair of electrons. It is a property that makes an atom a magnet having separate positive and negative ends.

The nearby valence electrons tend to attract the positive end to create a dipole cloud at one end within an atom.

Polarity occurs when there is an unequal charge distribution among the participating atom which leaves dipole moment behind on the atom.

It is this dipole cloud that is responsible to accept shared pair of electrons. This situation is not common in carbon diselenide (CSe2) as it is a nonpolar molecule.

Besides this, another way to determine the polarity of carbon diselenide is by studying their electronegativity values. If the difference between the values is lesser than 0.4, the molecule is nonpolar in nature.

It may surprise you that the electronegativity value for both carbon and selenium atom is 2.55, so the difference is zero.

As we know, the central atom in a linear symmetrical arrangement always has sp hybridization.

Similar is the case with the carbon in carbon diselenide. SP hybridization occurs when a central atom is surrounded by only two other atoms and all three are arranged linearly to produce a bond angle of 180°.

When the carbon atom is sp hybridized, it has two electrons in 1s and one electron each in 2s 2px 2py and 2pz.

In this case, one s orbital overlaps with one half-filled p orbital to produce a new sp atomic orbital of similar energy.

It is essential to understand that this type of hybridization is strong as both head-on and lateral overlapping takes place.

Besides this, though the presence of lone pair of valence electrons does change the hybridization of a molecule, it is not common in symmetrical molecules.

Orbital hybridization is a mathematical and pictorial representation to analyze the bond formation that takes place to produce a new molecule of new chemical properties altogether.

It can be studied with the help of the Valence Bond Theory (VBT) which says that atomic orbitals mix and intermix to produce new hybrid orbitals that can pair valence electrons to form new chemical bonds.

The Lewis structure is the primary source to begin the study of any chemical element and the reason behind its behavior during the formation of a bond.

Carbon diselenide is a potent compound used as a solvent in industries hazardous to human beings. So, it becomes essential to study this compound in detail and especially about its molecular geometry, hybridization, and basic but potent property of polarity.

From the molecular geometry of carbon diselenide, it is clear that it is a primary compound with no deviation from the linear behavior whatsoever.

Also, nonpolar molecules tend to be quite stable at room temperature and need special conditions to undergo bond formation.