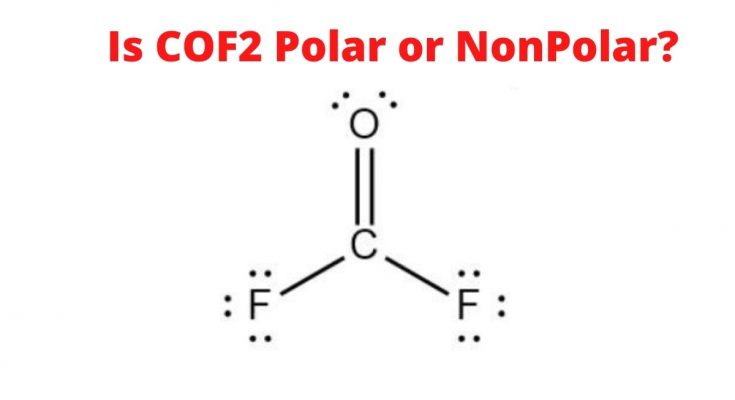 COF2, which is called carbonyl fluoride, is a chemical compound found in a gaseous state. It is a colorless and highly toxic gas. COF2 has an irritating pungent odor. The geometry of this compound is trigonal planar.

It is symmetrical with electronegativity difference due to oxygen and two fluorine in the compound, which takes us back to the question.

Is COF2 Polar or nonpolar? Carbonyl Fluoride (COF2) is a polar molecule because of the electronegativity difference between oxygen and fluorine. Fluorine is the most electronegative element in the periodic table. Hence, it gains a slight negative charge as it attracts electrons more than that of oxygen, creating a slight positive charge on the carbon atom.

Is H2S polar or nonpolar

Is H2O polar or nonpolar

Is NH3 polar or nonpolar

Is HF polar or nonpolar

Is HCl polar or nonpolar

Is Ethanol polar or nonpolar

These molecules do not have any separation of charges and have no charge gradients within the molecule.

Different elements of different electronegativity may be present in the molecule, but they cancel each other’s effect, creating no dipole.

Is O2 polar or nonpolar

Is H2 polar or nonpolar

Is N2 polar or nonpolar

Is CO2 polar or nonpolar

Is Cl2 polar or nonpolar

What Makes COF2 a Polar Molecule?

COF2 is a polar compound because of its geometry and distribution of charges.

Suppose we draw the lewis structure of COF2. In that case, we will find that the attraction of electrons of Carbon by fluorine is more than that of oxygen.

Fluorine and oxygen both are electronegative elements. However, fluorine is the most electronegative pulls electrons more towards itself, creating a disbalance in charge distribution.

This asymmetrical distribution of charges creates a slight negative charge on fluorine. Oxygen can not nullify the effect of fluorine and hence creates the dipole making the molecule polar. 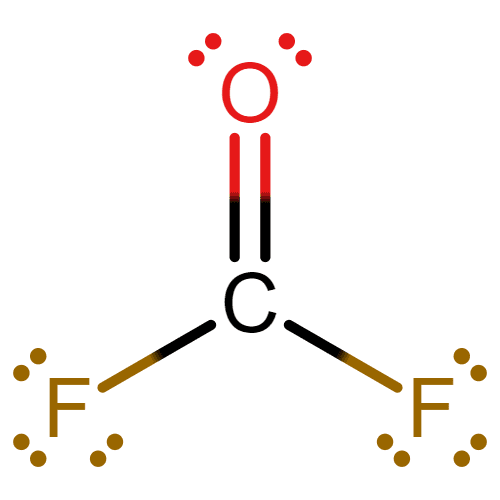 You must also check out the article on COF2 lewis structure, geometry, hybridization.

What Elements are Involved in COF2?

1. Carbon: It is the head element of group 14, which is the central atom of COF2. The electronegativity of carbon is 2.55. Carbon belongs to P block elements and is nonmetallic. It gains a slight positive charge in COF2.

2. Oxygen: It is the head element of group 16. The electronegativity of oxygen is 3.44. Oxygen also belongs to the P block of the periodic table and is nonmetallic.

3. Fluorine: It is the head element of group 17. Fluorine is the most electronegative element. The electronegativity of fluorine is 3.98. Fluorine also belongs to the P block and is a halide and non-metal. It gains a slight negative charge in COF2.

Is COF2 Electrovalent or Covalent?

These compounds do not give free ions in water as there is no ion formation due to sharing of electrons.

While in electrovalent compounds, there is no sharing of electrons. Electrons are completely transferred from electropositive to an electronegative atom binding the molecule by a strong, attractive force.

In the case of COBr2, positive and negative ions are formed, which are called cation and anion, respectively.

• It appears as a colorless gas with a pungent odor

• The molecular shape of COF2 is C2v.

• Carbonyl fluoride is an acidic fluoride.

• It reacts with water, bases, strong oxidizing agents, and alcohols.

• Increasing the temperature by heating COF2 can decompose carbon monoxide gas and fluorine.

• Carbonyl fluoride can burn in the air but doesn’t readily ignite.

• We can use dry chemicals, CO2, the excess quantity of water, or foam extinguishers to stop the burning of COF2.

• Being acidic, it can form salts when reacting with different bases.

Is COF2 Soluble In Water?

Still, it instantly hydrolyses as it reacts vigorously with water. It is a hygroscopic compound that absorbs moisture. It can also react with steam to form toxic hydrogen fluoride gas.

Which Intermolecular Force is Found in COF2?

As carbonyl fluoride is a polar compound, all the molecules will have a dipole. Due to a slight positive and negative charge on the molecules, there is a force of attraction among them.

This force of attraction between negative and positive charges binds the molecules together. This type of interaction is called Dipole-Dipole interaction, a Van Der Waals force type.

Why does COF2 have Low Melting and Boiling point?

The molecules in this compound are bound together by an attractive force: the dipole-dipole interaction.

It makes the Van Der Waals force a weak attractive force. Hence it becomes easy to overcome these forces. If we overcome the forces, we are close to changing the state of the compound.

The melting and boiling points of COF2 are low because of which we find this compound in the gaseous state.

Why Does COF2 Exist as a Gas?

The state of a compound depends upon the attractive or repulsive intermolecular interaction among its molecules. This interaction is due to Van Der Waals’s force, which also decides the state of the compound.

Van der Waals force depends highly on the surface area or size of the molecules.

When they come under the influence of more electronegative elements, they will experience a force, deform more, and be attracted more to the element. It strengthens the Van Der Waals force.

But if the size of the molecule is small, the strength of Van Der Waals force will also decrease, and so is the case with COF2.

So the attraction is not that great among the molecules, and the molecules go far from each other, making the compound gaseous in the state. It is the reason why carbonyl fluoride exists as a gas.

COF2 has a lower dipole moment, which is 0.95 D, because of its geometry. There are two highly electronegative elements in this compound: oxygen and fluorine.

Oxygen and fluorine are the elements that attract electrons towards themselves. Still, fluorine has more affinity for electrons which puts a slight negative charge on it.

Fluorine, being the most electronegative element, makes the compound polar. Still, due to the presence of oxygen, much of fluorine’s effect is nullified. The dipole moment of carbonyl fluoride is less. 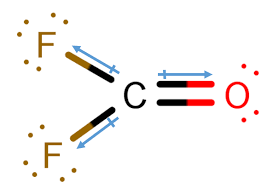 So now we know in detail about the compound carbonyl fluoride and its polarity. We got the answer to whether COF2 is a polar compound or a nonpolar compound. We got to know about the reason behind the polarity of this organic compound. We also learned about polar and non-polar molecules. We saw the lewis structure and geometry of the compound, which proves that COF2 is polar.

We got a brief description of the elements present in this compound. We saw whether COF2 is an ionic compound or a covalent compound with the physical and chemical properties of the compound.