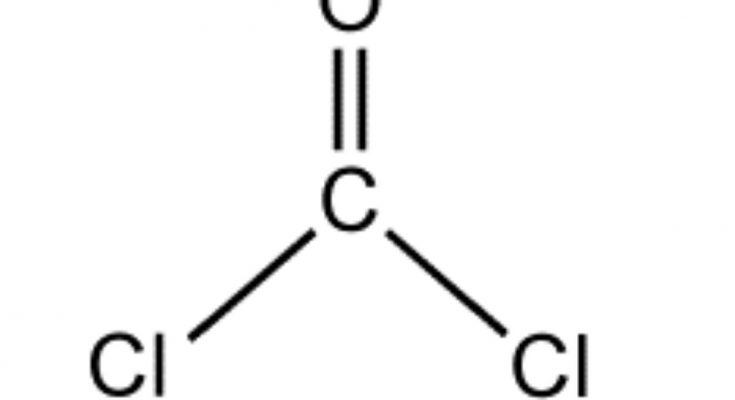 COCl2 is a chemical compound, known by the name ‘phosgene’.

Phosgene is a colorless gaseous compound known as carbonyl chloride and has a molecular weight of 98.92 gram/mol.

It is non-flammable in nature and bears a suffocating odor. It has a boiling point (b.p.) of around 8.3 0C. Phosgene is acyl chloride. The below reaction shows the process of formation of COCl2 from CO and Cl2:

Carbonyl chloride has a wide range of industrial and laboratory applications.

It is highly poisonous and toxic in nature and therefore needs to be handled with caution and via safety precautions.

We will discuss the chemical bonding nature of phosgene in this article.

To understand it in detail, we have to first get acquainted with the concept of Lewis Structure.

Lewis Structure is a 2D diagrammatic representation of the arrangement of electrons ( note: valence electrons) inside a molecule. It gives us a graphical sketch with electron-dot notations for us to grasp the process in a simple manner.

Step 1: The initial step is to calculate the valence or outermost shell electrons in a molecule of COCl2. 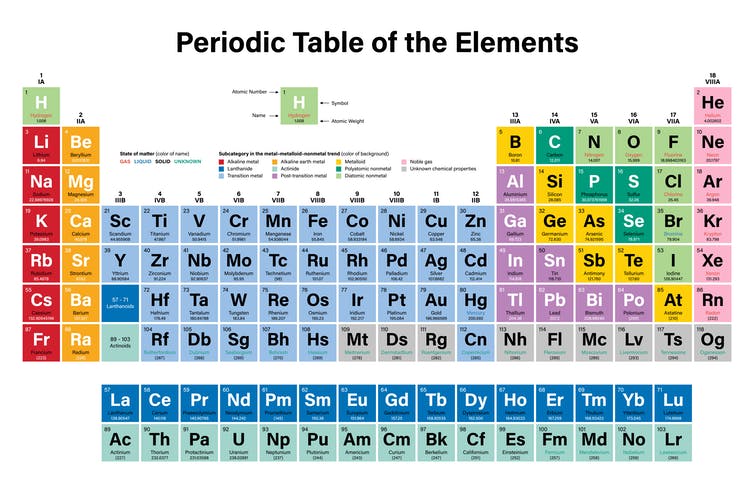 If we look at the periodic table, we can see that C belongs to group 14 and has an atomic number of 6. It, therefore, has 4 valence electrons.

The element Oxygen belongs to group 16 (or group 6) to the family of chalcogens and has an atomic number of 8. It has 6 valence electrons.

Chlorine element has 7 valence electrons since it belongs to group 17.

COCl2 molecule consists of one C, one O, and Cl atoms.

Step 2: Now, we will have to find out the element which will take up the position of the central atom.

Since carbon is the least electronegative among the three elements, we will place it as the central atom for better stability and spread of electron density.

The chlorine and oxygen atoms will take up the positions of surrounding atoms.

(We will talk about electronegativity in detail in the subsection: Polarity)

Step 3: We will sketch the skeletal diagram of the given molecule.

We will place the atoms according to Step 2. The skeleton will look like this: 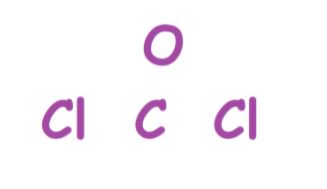 Step 4: According to the electron-dot structure concept, valence electrons will be placed around the atoms in the molecule via dot notations.

We will arrange them according to the bond formation and keeping in mind the total count. 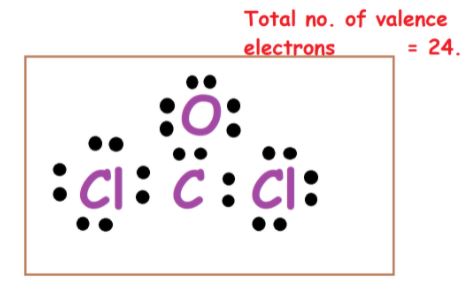 Step 5: Before we can confirm our Lewis Structure diagram to be the correct one, we have to check two concepts first.

The first one is the octet fulfillment concept.

Octet rule: The elements present in group 1 to group 17 have a tendency to achieve the octet fulfillment state of the outermost shell of the noble gas elements like Ne, Ar, and so on.

Here, in the diagram of COCl2, the elements Cl and O have both attained the octet configurations. But, the central C atom has not attained an octet yet. It only has six electrons surrounding its atom.

We will now compare the electronegativity values of Cl and O. O has a lesser value and we will therefore put two valence electrons from O and place it near Carbon via sharing. 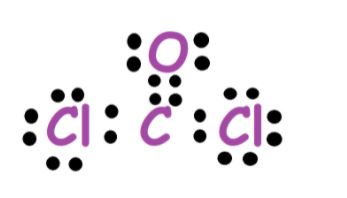 As we can see, now all the four atoms have eight valence electrons around them. Carbon, chlorine, and oxygen, the atoms of all the elements, have achieved the required octet configurations.

Step 6: We will now check our next concept: Formal Charge.

The formal charge is assigned to an atomic element if we assume that the electrons inside a molecule will be shared equally between the bonded atoms that form a molecular structure.

We can use the formula given below to calculate the formal charge values:

The values indicate that all the elements are having the least possible formal charges within the phosgene molecular structure that we have drawn.

Therefore, this is the correct Lewis Structure representation of COCl2. 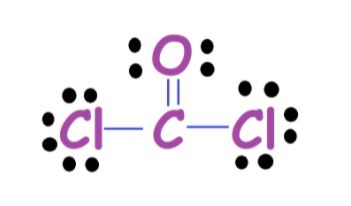 In this section, we will learn about another concept of chemistry: Molecular Geometry. It is the 3-dimensional atomic arrangement that gives us the orientation of atomic elements inside a molecular structural composition.

We use the Valence Shell Electron Pair Repulsion (VSEPR) model to explain the 3D molecular geometry of molecules.

Electrons are subatomic particles that make up a negatively charged cloud atmosphere around the nuclei. They are like changes and hence they repel each other. Constituent atoms are distanced far away from each other in a molecule in order to minimize these repulsive forces.

Now, we will use this theory to decipher the 3D molecular shape of COCl2. 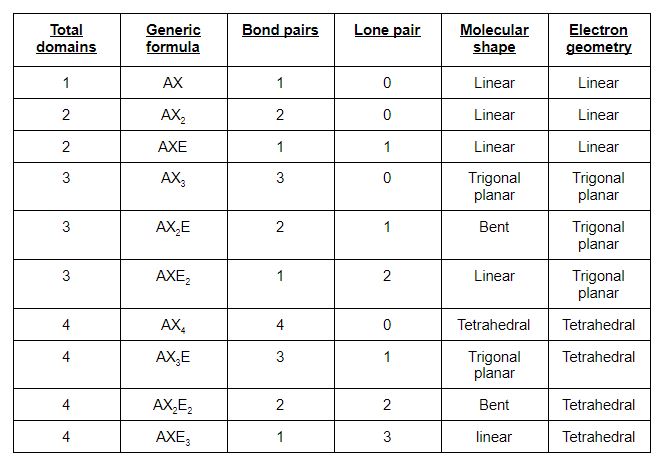 According to VSEPR notation AXnEx:

‘A’ indicates the central atom,

‘X’ stands for the surrounding atoms, and

‘E’ represents the unbonded or lone pair on the central atom.

The VSEPR notation for a phosgene molecule is AX3E0.

We will now look into the VSEPR chart to find out the shape:

As we can find out, the 3D geometry of COCl2 is trigonal planar.

The bond angle of C-Cl bonds is around 111.8 degrees ( less than 120 degrees due to C=O electron density that reduces the bond angle). 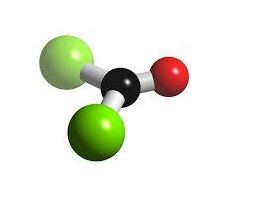 Orbital hybridization is one of the most significant concepts of chemical bonding.

While an orbit refers to a definite path that an electron takes, an orbital is a term of quantum mechanics that gives us a probability of electron presence in a given regional space.

Here, hybridization deals with atomic orbitals (AOs). AOs are arranged in order of their increasing energies following the Aufbau principle and the Madelung rule. The order of filling of orbitals is:

An s and a p orbital give us 2 sp orbitals,

An s and two p orbitals give us 3 sp2 orbitals,

An s and three p orbitals give us 4 sp3 orbitals, and so on.

We use the model of hybridization to explain chemical bonding in molecules.

Let us now find out the hybridization in a phosgene molecule. 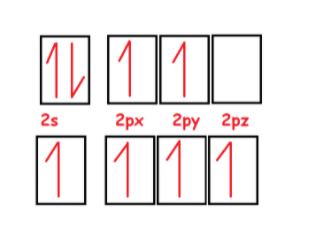 Then, one electron of 2s orbital shifts to vacant 2p orbital.

Hybridization occurs between the s and the two p orbitals giving us 3 sp2 hybrid orbitals. The remaining p orbital is therefore unhybridized.

If a double bond is there, there will be both 𝛔 and π pairs.

The two C-Cl bonds are sigma bonded where two sp2 hybrid orbitals of C bond with 3p orbital of Cl.

The C=O bond consists of one 𝛔 bond from the sp2 hybrid orbital of C overlapping with 2p orbital of O and one π bond.

This explains the sp2 hybridization of Carbon in phosgene.

Also, you can calculate hybridization from the steric number.

We will now discuss the concept of Polarity. 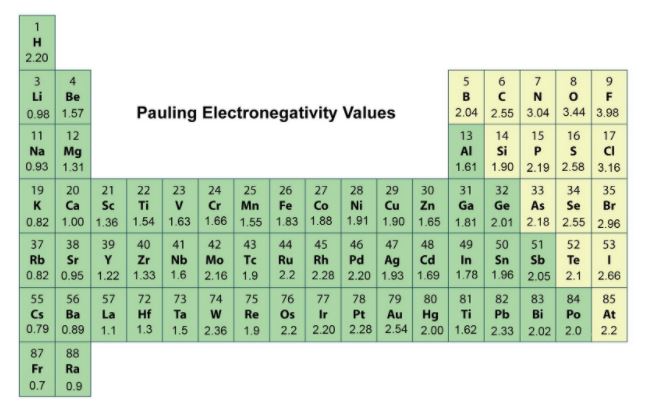 This is the Pauling Electronegativity chart.

If two atoms inside a bond have an electronegativity difference of more than 0.4-0.5, then the bond is said to be polar.

Also, the COCl2 molecule is not linear or symmetrical. The electric dipoles do not get canceled out. Hence, the resultant molecule is polar in nature.

Here, in this article, we have covered the phosgene molecule, COCl2.

We have included topics like Lewis Structure, VSEPR theory from which we can predict Molecular Geometry, Orbital Hybridization, and Polarity.