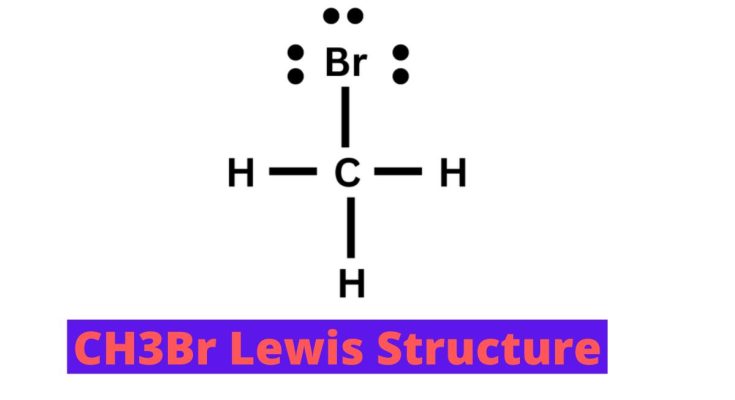 Bromomethane is an organobromine compound usually produced synthetically. However, it is also known to occur in oceans in a small amount.

It occurs as a non-flammable, colorless, and odorless gas. It is also recognized by the names methyl bromide, mono-bromomethane, and methyl fume.

Trade names of Bromomethane are Embafume and Terabol. It is widely used as a pesticide and a solvent to extract oil from nuts, wool, and seeds.

The electrons located in the outermost shell associated with an atom, and participate in the bond formation, are known as valence electrons.

Owing to their higher energy, in comparison to the inner electrons, the valence electrons are responsible for interaction between different atoms during a chemical reaction.

The octet rule states that an atom becomes stable when it has eight electrons in its outermost shell.

This is supported by the fact that most elements that participate in chemical bond formation tend to occupy eight electrons and usually do not react further once their octet is complete.

The German physicist Walther Kossel and the American chemist Gilbert Lewis proposed the octet rule in 1916. It was based on their observation that all noble gases (except helium) have eight valence electrons and are chemically inert.

Also, all other atoms tend to occupy the electronic configuration of their nearest noble gas to become stable.

The Lewis structure of a compound is the simplified representation of valence electrons around its atoms and the chemical bonding between these atoms. The name Lewis dot structure was given after their discoverer, the American chemist Gilbert Newton Lewis.

These are also referred to as electron dot structures as they depict the lone pair of electrons present around each atom of a molecule in the form of dots.

The Lewis structure of CH3Br is given below: 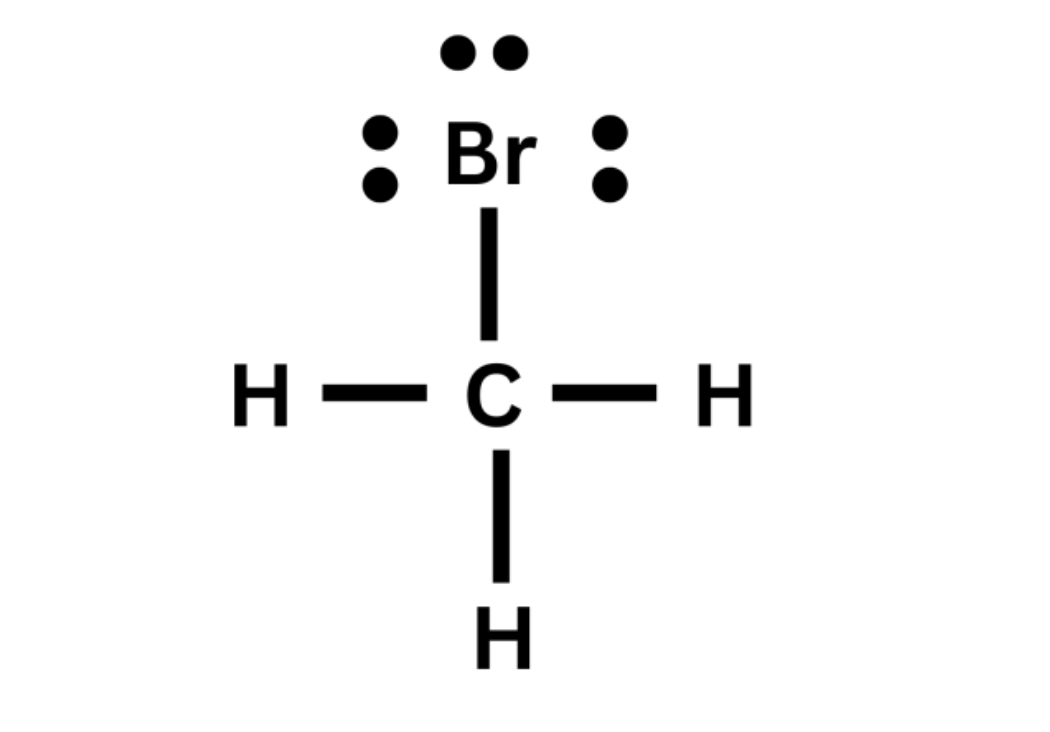 As per the Lewis structure of CH3Br, carbon that has 4 electrons in its valence shell shares one electron each with the three hydrogen atoms and one bromine atom.

In this section, we will draw the Lewis structure of the CH3Br molecule step by step:

• We will begin by calculating the total number of valence electrons in this molecule.

In the case of CH3Br, Carbon being a group 14 element, has 4 electrons in its valence shell. Hydrogen is the first member of the periodic table and has 1 electron, while bromine belongs to group 17 and carries seven valence electrons.

Now count the total number of valence electrons in this molecule:

• Moving on, we will select the central atom for this molecule.

Hydrogen has only one valence electron and is incapable of forming multiple bonds. Therefore, it cannot be the central atom. Amongst carbon and bromine, carbon is less electronegative; hence, it is chosen as the central atom.

• Now, taking carbon as the central atom, we will connect all other atoms of the molecule to it through a single bond. After doing this, our structure appears as follows: 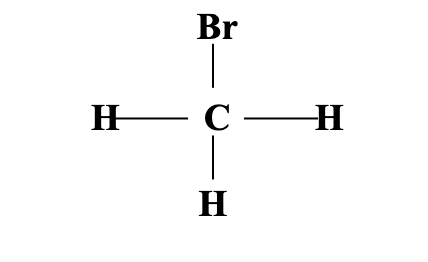 • The purpose of this step is to determine the number of electrons needed to complete the octet of all the atoms of the molecule. Every single bond symbolizes a pair of shared electrons.

• Looking at the above structure, the octet of carbon is complete after it shares 1 electron, each with three hydrogen atoms and 1 electron with the bromine atom.

Similarly, bromine also has a complete octet after sharing 1 electron with carbon. The three hydrogen atoms have 2 electrons each which is the electronic configuration of their nearest noble gas, helium; hence, it is also stable.

• Therefore, the final Lewis structure of CH3Br appears as follows: 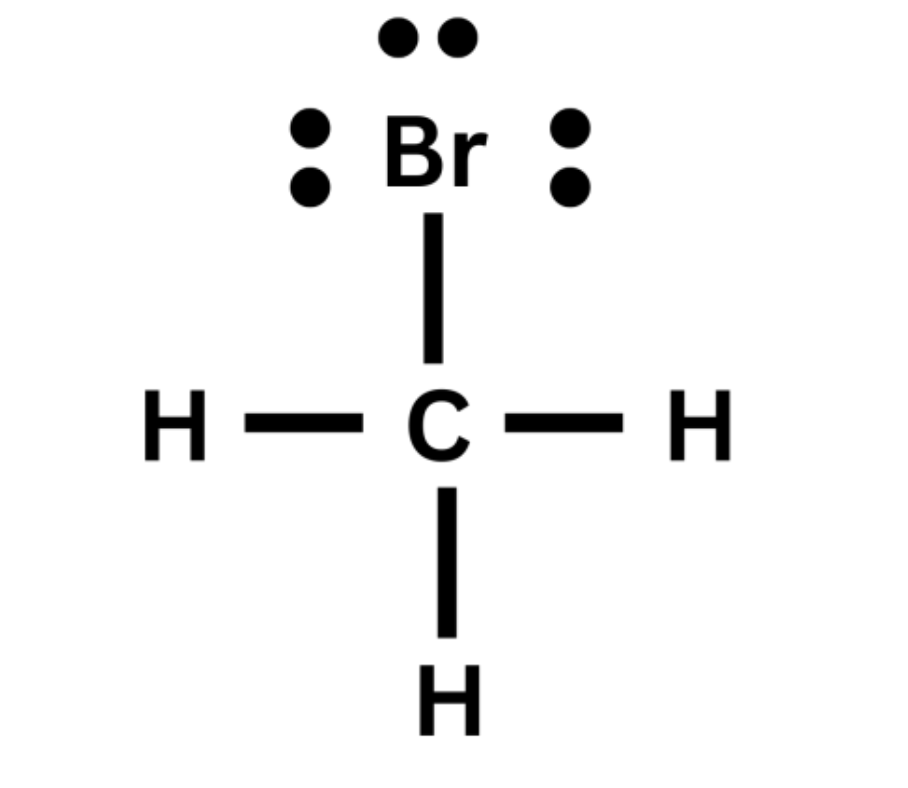 • To prove the authenticity of our Lewis structure, we will calculate the formal charge over each atom of this molecule.

• A formal charge is a theoretical charge calculated over individual atoms of a molecule. It is also known as a fake charge, as the actual charge in a molecule is distributed across it and not present over any single atom.

• Amongst several possible structures for a molecule, the one having the least formal charge is considered the most stable. Ideally, a molecule should have zero formal charge.

The formula for the formal charge is given below:

• Calculating the formal charge on the CH3Br molecule:

For the Carbon atom, the number of valence electrons in the free state = 4

For the Bromine atom, the number of valence electrons in the free state = 7

For the Hydrogen atom, the number of valence electrons in the free state = 1

• The zero formal charge on the CH3Br molecule indicates that it has the lowest energy and hence, is the stable Lewis structure.

Related topics you must read.

This theory states that the position of the atoms inside a molecule and, thus, its shape is determined by the number of bonding and non-bonding electrons present on the central atom of that molecule.

As per this theory, owing to the force of repulsion that exists between the valence electrons of all the atoms of a molecule, the atoms tend to arrange themselves as far as possible from each other inside the molecule.

The specific arrangement of atoms arising due to these forces is referred to as its molecular geometry or shape.

The following table depicts the shape of different molecules, as per the VSEPR theory, based on the number of lone pairs and bond pairs present on the central atom. 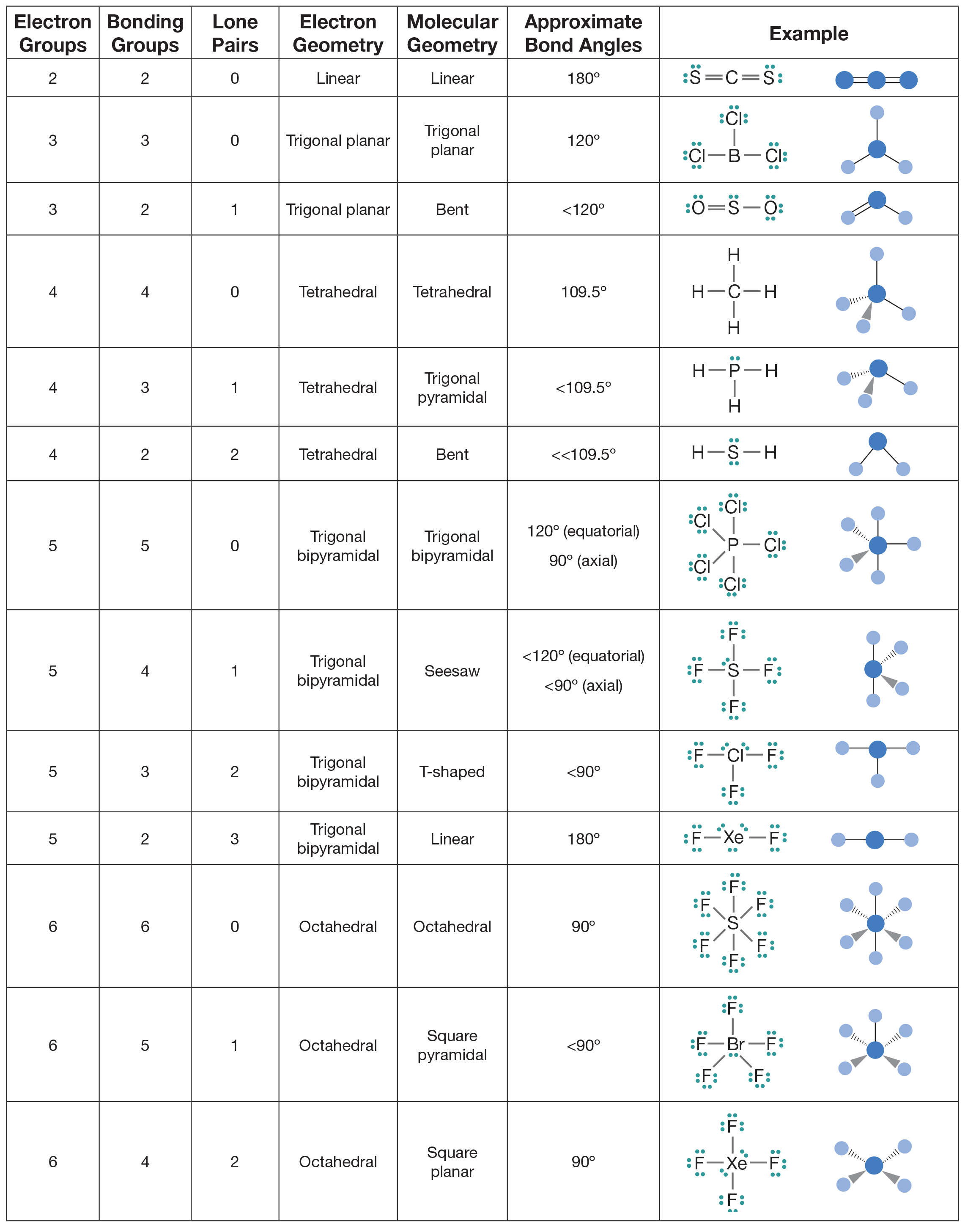 In the case of the CH3Br molecule, carbon is the central atom. It has four bond pairs and 0 lone pairs of electrons associated with it.

Therefore, as per VSEPR theory, the molecular geometry of the CH3Br molecule is tetrahedral. The approximate bond angles between the atoms are 109.5° 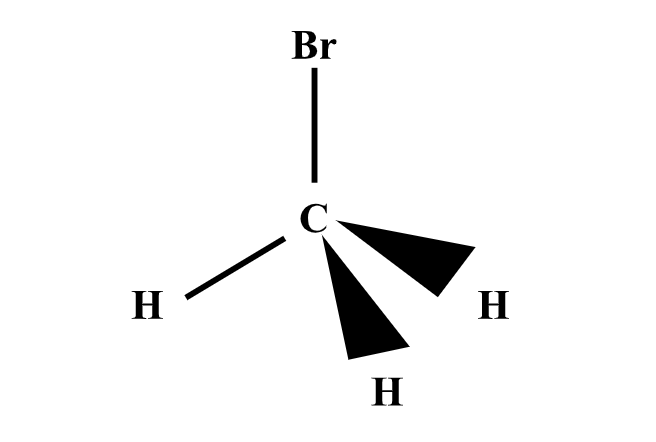 Hybridization refers to the intermixing of atomic orbitals to form entirely new hybrid orbitals that have energy, shape, etc., different from any of the combining orbitals.

Two or more orbitals with similar energies combine to form hybrid, regardless of whether the orbitals are completely filled or half-filled.

Usually, the hybridization of a molecule is calculated by its Steric number. The formula for steric number is given below:

Now, we will calculate the Steric number for CH3Br using this formula.

In the case of the CH3Br molecule, carbon is the central atom.

Number of lone pairs on carbon = 0

Therefore, the Steric number for the CH3Br molecule = 4

The following table depicts the hybridization state of a molecule based on its Steric number.

Now, let us see how the electrons are distributed inside these orbitals.

• In the ground state, the hybridization of the Carbon atom is sp2. Considering that carbon has 4 valence electrons, the distribution of electrons inside the orbitals is as follows:

• In the excited state, the electron from the 2s orbital jumps into the vacant 2p orbital.

• The three electrons from the three hydrogen atoms and the one electron shared with the bromine atom form a sigma bond with these excited electrons. Finally, the distribution of electrons in the CH3Br molecule appears as follows:

• Therefore, the hybridization of the CH3Br molecule is sp3.

The condition of the existence of two opposite poles inside a molecule owing to unequal distribution of charge is known as polarity. Polarity arises due to the different electronegativities of different atoms that combine to form a molecule.

Based on polarity, there are two types of molecules, polar and non˗polar. Every polar molecule has a specific dipole moment.

Looking at the CH3Br molecule, the electronegativity of the atoms is 2.55 for carbon, 2.20 for hydrogen, and 2.96 for bromine, respectively.

Being tetrahedral in shape, the bonds inside this molecule are arranged symmetrically. Therefore, the polarity between the two C˗H bonds cancels out with each other.

However, the polarity of the C˗Br bond is greater than the C˗H bond and does not cancel out, making the molecule polar.

Hence, CH3Br is a polar molecule having a net dipole moment of 1.83D.

Check out the article on the polarity of CH3Br.

The Lewis structure of CH3Br is: 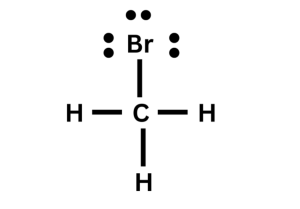 • The molecular geometry of CH3Br is tetrahedral.

• The hybridization state of CH3Br is sp3.