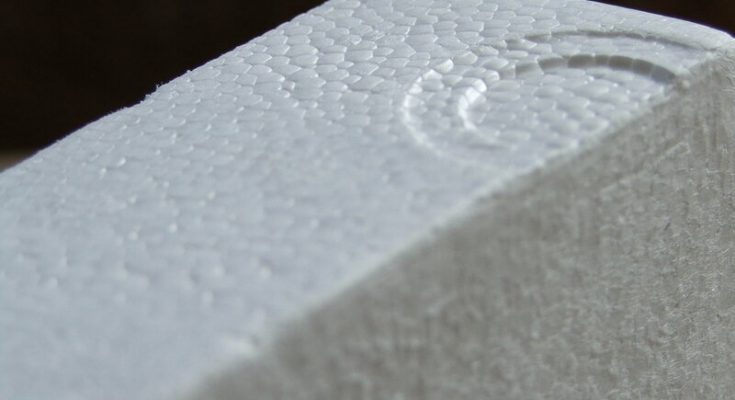 Have you ever been intrigued by styrofoam? We usually see it as a white cushioning material used for packing. But what happens to them when we dispose of them in landfills? Styrofoam is hazardous to our environment.

The 3R’s- Reduce, Reuse, Recycle, play an essential role in controlling its use.

So, can Styrofoam be recycled? Yes, it can be recycled even though the process is quite challenging. It is because Styrofoam decomposes slowly and requires special equipment for recycling. Moreover, not every recycling facility possesses the machinery that can decompose it.

Stay with us till the end to know all about Styrofoam and how you can recycle it.

Styrofoam is a form of plastic called polystyrene, a polymer that is manufactured from petroleum, like all other plastics. Styrene is a hydrocarbon and monomer, which is heated to form polystyrene.

The formation of this polymer is possible when the molecules of heated styrene link together to form long chains. On the cooling of the polymer to room temperature, polystyrene is formed.

Dow Chemical Company coined the term “Styrofoam” as its brand name for blue insulation. Styrofoam was first used in making life rafts since it is a light and waterproof material.

Today, the foam material that we are used to seeing in coffee cups, egg cartons, and for the protection of electronic equipment is actually Expanded Polystyrene foam or EPS.

Below is the image is given of the formation of polystyrene.

Recycling styrofoam can be difficult, but it’s not impossible. Styrofoam has always been recycled but in minimal amounts when compared to its magnitude of production.

But, in the year 2010, the USA recycled more than 69 million pounds of expanded styrofoam (EPS). It was mostly post-consumer packaging that was recycled.

In 2016, 118 million pounds of EPS was recycled. Such an improvement in the amount of recycling has given hope to many industries for recycling polystyrene.

Styrofoam is not recyclable in every recycling facility. It has to be transported to the facilities that have special equipment.

Since the number of these facilities is inadequate and the amount of styrofoam as waste is large, recycling EPS at the consumer level is difficult. 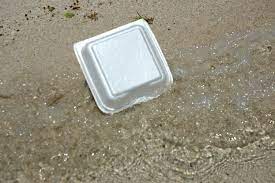 How to recycle Styrofoam?

Although recycling styrofoam is difficult, recycling it is still possible. The following are three ways to recycle styrofoam:

Dart Container Corporation is the world’s largest producer of foam containers and cups. Being the largest manufacturer, the company has also taken steps to conserve the environment.

Collection and separation: The company collects expanded styrofoam from various schools, hospitals, and supermarkets. Then, smooth materials are separated from dirty wastes that require washing.

Processing into fluffs: The wastes are transferred into a grinder where it is converted into fluffs. The Styrofoam needs to be smooth. To soften the fluffs, heat and friction are applied to them. It also eliminates all the air present inside the styrofoam.

Styrofoam contains about 95 percent of air.

Processing into pellets: After obtaining fluffs, the material is subjected to high pressure to get strands of Styrofoam. After pressurization, the product is cooled and cut into pellets.

These pellets are used for manufacturing toys and providing insulation.

Limonene is a natural solvent. It is produced from orange peels. It is an aliphatic hydrocarbon found in the oil of citrus fruit peels. This solvent helps us to dissolve and concentrate styrofoam.

Treating styrofoam with limonene melts the polystyrene without being heated and transforms it into 5 percent of its primary size. The melted Styrofoam can then be reused.

When Styrofoam is subjected to a certain amount of heat, with the help of thermal compaction, it can be compressed into a compact brick.

When EPS is burned in municipal incinerators, it releases carbon dioxide and water, which can be used as a fuel in industries to generate power. This conversion of waste into an essential resource is called thermal recycling.

If you’re unaware of how recycling Styrofoam can help you or the environment, take a look at the following pointers to learn about its benefits:

The creation of styrofoam wood from recycled Styrofoam is the most beneficial outcome of recycling it. It is a product resembling wood. It can be used for constructing benches at parks and fence posts.

Using this product will also reduce the use of petroleum required for manufacturing Styrofoam. 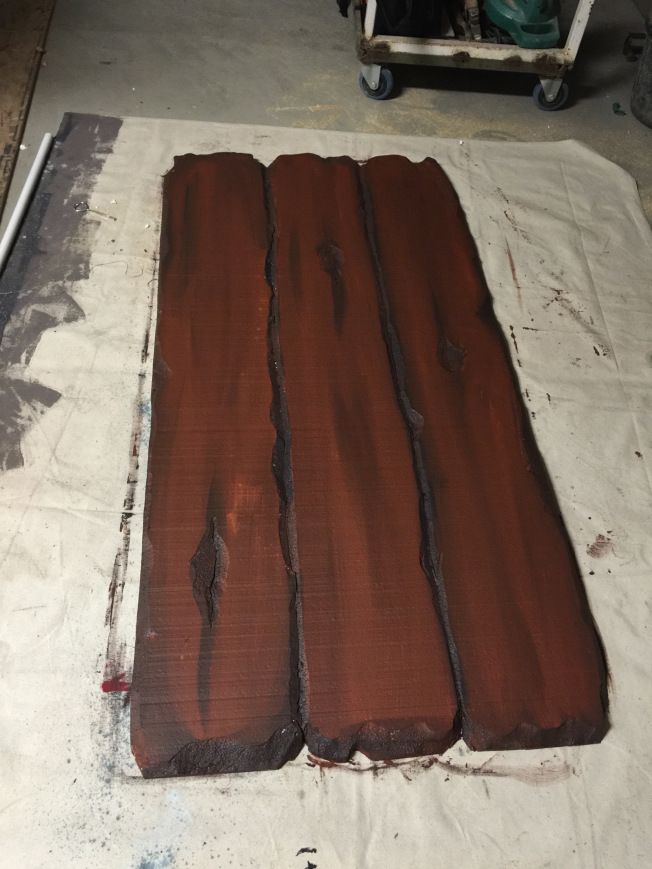 The more styrofoam is recycled, the lesser amount of waste reaches landfills and pollutes them.

Styrofoam is not much affected by sunlight, water, or air, so it is present almost indefinitely for a minimum of 500 years. Major towns like Seattle and San Francisco have even banned the use of styrofoam in take-out packaging.

3. Reduced use of oils

Petroleum is an essential resource, which is already depleting at an alarming rate. Recycling and reusing styrofoam will lessen the amount of petroleum used during its manufacturing process.

4. Reduced threat to the marine life

Styrofoam poses a grave threat to marine life. On dumping it in oceans, the styrofoam breaks into tiny pieces. When a fish sees these tiny pieces, they think it to be food. On consumption, they choke on their digestive tract and perish.

Researchers have predicted that around sixty to eighty percent of the sea waste is Styrofoam. On recycling, it will reduce the amounts of styrofoam in oceans and seas. 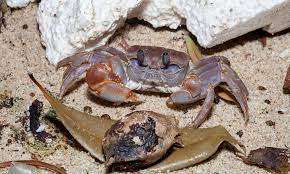 If Styrofoam is burned outdoors near our homes or in bonfires, then it can produce harmful toxins. Stopping the production of toxins can be achieved only when it is burnt in green incinerators.

Thus, recycling is a way to prevent the release of toxic chemicals on burning styrofoam.

Other ways of dealing with Styrofoam

If you can’t find a recycling facility near you that accepts Styrofoam, you can take up the following ways of using unwanted styrofoam.

1. Using it as a stuffing

You can shred the styrofoam into peanuts and reuse them by using them as stuffing. Use it to stuff cushions, soft toys, and beanbags.

2. Converting styrofoam into the glue

If you have loads of Styrofoam and orange oil, then you can easily convert it into the glue.

You can do this by cutting the styrofoam into small pieces and then placing it in jars. After putting them into jars, add orange oil to melt the styrofoam. Now, you just need to mix it, and voila! Your glue is ready.

To make styrofoam lanterns, use the cups made out of these foams. You need to make a hole at the bottom of the cup and insert a bulb from the bottom. Then attach strings and wires to the cup and hang it upside down. 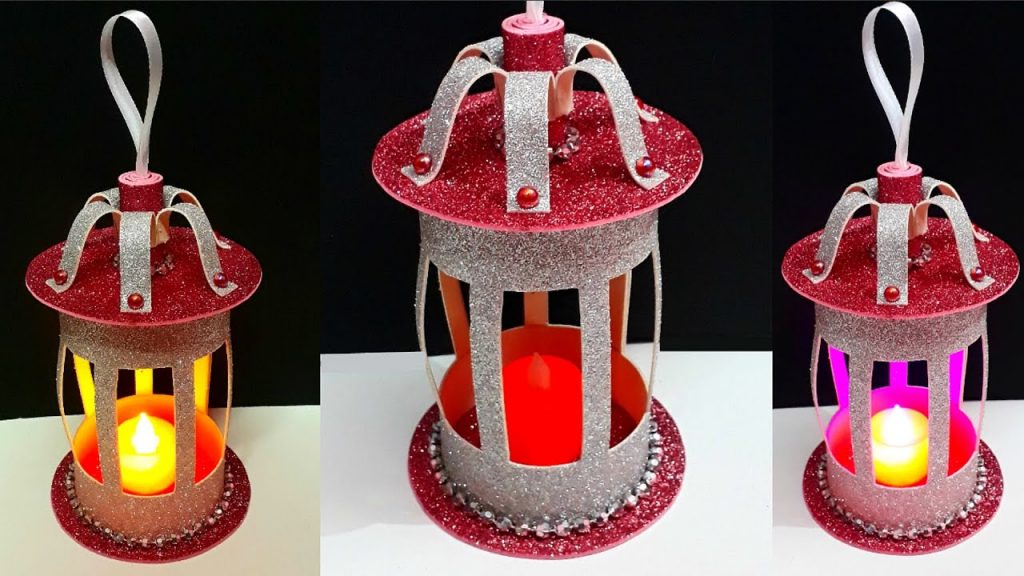 4. Using it for making stage props

Rather than buying different materials for making stage props, you use the unwanted styrofoam as stage props. You would just need to cut out of this unwanted Styrofoam. They would be easy to use and move as they are lightweight.

How is Styrofoam harmful?

Styrofoam is considered to be much worse than other kinds of plastics.

Earlier, we learned that styrene is a monomer while its polymer is styrofoam, i.e., chains of styrene form styrofoam.

The U.S. Environmental Protection Agency or EPA has confirmed that styrene is harmful to our central nervous system. Entering styrene in our nervous system leads to experiencing complications, dizziness, confusion, fatigue. We will be unable to concentrate.

The World Health Organisation considers styrene to be a human carcinogen.

Styrene can also behave as estrogen inside the human body. While behaving as estrogen, it can disrupt ordinary hormonal functions, cause irregularities in the menstrual cycle and thyroid problems. It is so hazardous that it can even cause breast and prostate cancer.

We started this article with the difficulty of recycling Styrofoam. Although it is difficult to find recycling facilities that accept polystyrene, you should never stop trying to find one. Recycling benefits us in conserving our environment and saving our depleting resources. Additionally, it also prevents styrene from causing any harm to the human body.

Even if you can’t find a recycling facility, you must not resort to throwing it away in dump yards or polluting the water bodies with it. Instead, try other ways of dealing with it, such as converting it into glue or other creative props.