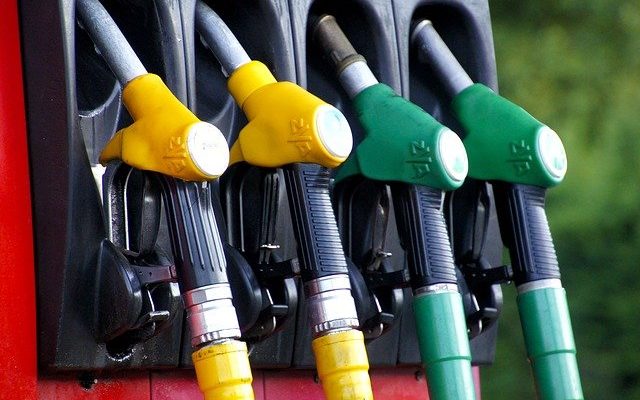 We all have heard to take extra care of our car in winters and give ample time to warm up before beginning to drive. There is something winters do to the car because of which it does not spark the ignition the very moment.

This something is freezing of gasoline which if not taken care of on time, slowly corrodes the engine and body. Well, in this blog I will cover the topics along with their reasons if gasoline freeze or not.

So, can gasoline freeze? Yes, Gasoline can freeze under lower temperatures as gasoline is a mixture of various compounds and these compounds have different melting points. The range under which gasoline completely freezes is -40 to -200 Fahrenheit and most of the compounds freezes at -100 degrees.

Gasoline is not made up of a single compound but a mixture of hydrocarbons, blending agents, and additives. The typical concentrations of these compounds are 4-8% alkanes, 25-40% isoalkanes, 1-4% cycloalkenes, 2-5% alkenes, 3-7% cycloalkanes, and 20-50% aromatics.

Later, different additives and blending agents are added to this mixture for better performance.

It may surprise you that a gasoline mixture contains more than 150 compounds before finalizing it for commercial use.

Contents show
Why Does Gasoline Freeze?
At what temperature does gasoline freeze?
How to calculate the solubility of the gasoline mixture?
Can gasoline freeze in the car?
What are the symptoms of a frozen fuel line?
How to prevent fuel line freeze up?
Some Related Questions
Does natural gas freeze?
How gasoline-fueled internal combustion engine obtains energy?
What is freezing point depression?
Conclusion

Why Does Gasoline Freeze? 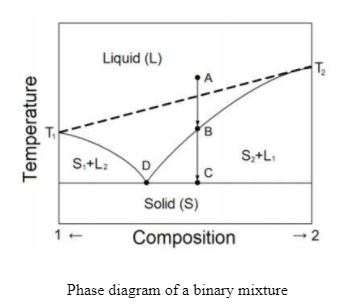 It is easy to understand the mechanism of why gasoline freezes with two compounds rather than many of them. The freezing point is better analyzed with the solubility of each participating compound.

From the diagram, it is clear that two participating compounds 1 and 2 are interacting to produce a homogenous mixture.

The mixture is liquid at high temperatures and from the diagram, it is clear that it does not freeze at the freezing point of compound 2 (T2), but its freezing was observed at B which is lower than the expected temperature.

Here, compound 2 is combined into compound 1 but not completely. Some of the compound 2 does not combines because the solubility decreases with the fall in temperature.

It is important to realize if the temperature falls way down, compound 1 will also freeze, hence, solid-solid equilibrium is made at C.

And, at point D both the compounds will freeze, maintaining solid-liquid equilibrium making it a eutectic point.

Freezing is an exercise in which the phase of a compound changes and solidifies. A liquid having moving and randomly arranged molecules come closer in an orderly crystal structure to form a solid state.

But, in the case of gasoline, its molecules start moving slower and slower with an increase in temperature. Whereas, its molecules remain arranged in a disorderly state.

At what temperature does gasoline freeze?

The gasoline begins freezing at -40 and reaches up to -200 Fahrenheit to solidify. But, most of the compounds of gasoline freezes at -100 Fahrenheit.

Compounds like octane has a higher freezing point making it preferable for cold countries. Hence, it might surprise you the compound composition in gasoline for different countries vary.

Moreover, the freezing temperatures of gasoline are extremely high and are nowhere feasible for the existence of human life.

It is highly unlikely that the temperature will fall this much in most parts of the globe making it a less important issue to think about.

However, in countries where the temperature falls below the freezing points of the gasoline, various additives are available at such places when mixed with gasoline, which inhibits its freezing.

How to calculate the solubility of the gasoline mixture?

To calculate the solubility of a compound in the gasoline mixture, or any other mixture, the simple formula is:

Here, x stands for the solubility of the solute compound

γ is the activity coefficient

Tf is the freezing temperature

∆hf the enthalpy of fusion at freezing temperatures

It is important to know that various infinitesimal terms have been ignored while preparing this equation as they are so minute and become negligible while calculating the value of solubility.

Can gasoline freeze in the car?

Yes, the gasoline can freeze in the car negatively affecting the performance of the gas tank. It is so because the condensation leads water into the gas tank which mixes with the gasoline to freeze and solidify it.

Moreover, excessively cold temperatures can break this solid gasoline separating its components turning gasoline into a gel of no use. 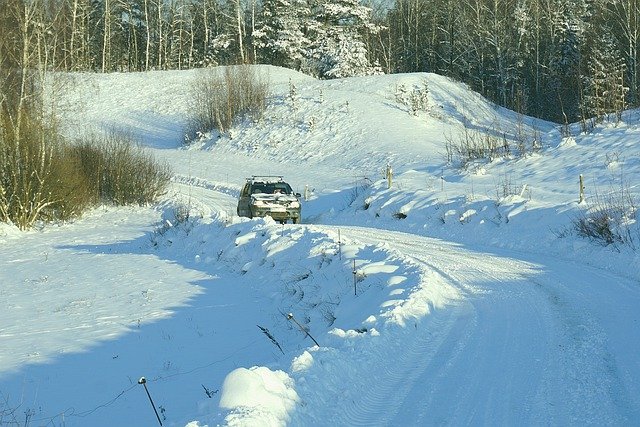 What are the symptoms of a frozen fuel line?

A frozen fuel line is a condition that happens in cars when the available water vapors in the fuel line freeze because of freezing temperatures.

This condition does not allow fuel to reach the combustion chamber inhibiting the spark ignition to work, ultimately prohibiting the engine to run.

Some symptoms of frozen fuel line:

How to prevent fuel line freeze up? 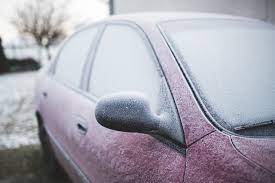 The best way to treat the frozen fuel line is to keep the car warm. Keeping the car in a garage for some time helps, but in case of its unavailability hovering a warm light over the car especially near the engine works the best.

Moreover, thawing the fuel line also works but the latter two options are a bit difficult to conduct for a certain time.

Once, the engine starts, it is beneficial to keep it on for a while as the heat building from inside will solve the issue of freezing the fuel line on its own.

However, in case of heavy sputtering, it is advisable to approach a mechanic as the car won’t be safe to drive and might stall anywhere and anytime.

Why is it recommended not to leave the fuel tank empty less than ¼ of the total capacity?

It is recommended by many people not to consistently leave the gas tank empty less than ¼ of the total capacity. If the gas tank left empty for a longer duration many situations as mentioned down below can happen:

1. The gasoline will break and separate into its compounds where the heavier molecules might end gelling up. This produces gelled fuel which is typically a paraffin wax fuel not suitable to ignite the spark.

2 The water vapors will freeze inhibiting the engine to work at its best capacity.

Generally, the alcohol present in the gasoline absorbs water, but in case there isn’t much available, moisture will remain in the fuel tank and line hurting the car most unimaginably.

4 The car will signal the wrong quantity of gasoline available in the fuel tank. It is a possibility that the car has lesser gasoline and is highlighting a sufficient amount.

In such a situation, the car owner might end up stuck on the road with an empty tank.

Yes, natural gas can freeze if water molecules are present nearby, the natural gas tends to collect in a certain low spot and solidify.

The water molecules can remain in the pipeline because of incompetent installation or errors made during some repair work. The freezing point of the natural gas is 296.7° Fahrenheit.

It obtains energy from the combustion of various hydrocarbons of gasoline with oxygen available in the air to produce carbon dioxide and water.

The combustion of octane, the most preferred compound to mix with gasoline, initiates the chemical reaction:

What is freezing point depression?

As the different compounds of gasoline have different freezing points, they all mix and reduces the onset of the solidification in the gasoline mixture.

The phenomenon occurs because when a solute is added to the solvent, it reduces the freezing temperature of the solvent.

Hence, the freezing point of the gasoline depresses because of so many compounds added to it because of any reason.

Gasoline or petrol does not have one freezing point but many, because of various added compounds it has, that are added to enhance stability and ensure better performance. It is like any other gas that is commercially used will have a mixture of compounds. Once additives and blending agents are added, the freezing points differ for each of them.

Hence, it is always better to study the range of freezing points rather than looking for a single point as it can never provide accurate results for any study to be conducted. As the technology is improving, the new age fuel like ethanol-based gas has provided better solutions to the freezing fuel line.

All to be ensured is no existence of leakage in the fuel line which is letting the moisture inside it. Something like anti-freeze additives can be used occasionally to prevent the freezing of gasoline.