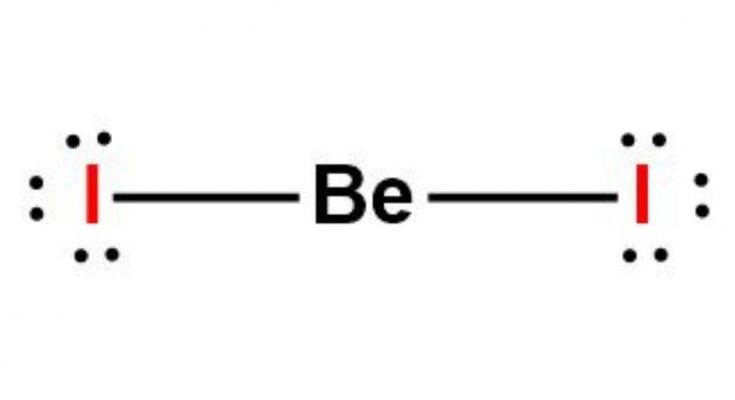 Beryllium iodide is an inorganic compound with a chemical formula of BeI2. It belongs to the class of alkaline earth metal iodides in which the largest halogen atom, iodine, reacts with heavy alkaline earth atom Beryllium at temperatures of 500°C–700°C.

It appears as colorless needle-like crystals and can be used in preparing high purity beryllium. Its molar mass is 262.81g/mol.

The reaction between BeI2 and water is very vigorous. A small trace of water in its surrounding can attack it and form hydroiodic acid.

Lewis dot structure or electron dot structure is a representation of valence electrons on an individual atom as bond pairs or lone pairs, and the position of constituent atoms of a molecule with respect to each other.
In a Lewis structure,

A dot represents a valence electron

A pair of dots between bonding atoms represents a bond.

Step 1: Count the total number of valence electrons in BeI2:

It’s easy to calculate the valence electrons of any element (up to atomic number 20) just by knowing its group number.

The central atom needs to be with less electronegative value in the Lewis dot structure so that it can share more electrons with its surrounding atoms.

Being an earth alkaline metal, beryllium is less electronegative than iodine in BeI2. Hence, put Be as the central atom and two iodine atoms as surrounding atoms.

Draw a skeleton molecule of BeI2 and connect each surrounding atom (iodine) with the central atom (beryllium) via a single sigma bond. In this way, two single bonds are established.

As a single bond denotes two electrons so, the number of valence electrons used in the above structure is 2×2 = 4 electrons.

Step 4: Arrange the remaining valence electrons according to Octet Rule:

The Octet rule states that the main group elements (s-block and p-block) in a molecule can transfer or share electrons till each atom acquires eight valence electrons to attain stability like noble gases.

In case, some extra electrons remain, then place them on the central atom.

In this way, both iodine atoms acquire eight electrons in their valence (outermost) shells in the above structure.

However, the central atom (beryllium) has only 4 electrons in its valence shells.

Like Hydrogen, Lithium, and Boron; the s-orbitals of the Beryllium atom do not require 8 valence electrons to complete the shell or to attain stability.

So, all these elements contradict the octet rule.

Step 5: Calculate the formal charge on each atom to check stability:

In BeI2, both peripheral atoms (Iodine) have the same number of bonding electrons and lone pair electrons so, calculate the formal charge for any Iodine atom.

The formal charge on Iodine atom:

• Bonded pair electrons around Iodine (represented as a single bond) = 2

The formal charge on Beryllium atom:

So, all the atoms in the BeI2 Lewis structure have zero formal charges.

Hence, this is the most stable Lewis structure for BeI2.

VSEPR theory helps in predicting the geometry and shape of covalently bonded molecules like BeI2.

Valence electron pair repulsion (VSEPR) theory states that the geometry of the molecule depends on the repulsion of electron pairs in the valence shells.

Electrons always tend to align themselves at the maximum distance from each other to minimize the repulsions as well as to make the arrangement stable.

The order of repulsive interaction between valence shell electrons is as follows:

Steps for using VSEPR theory to determine the geometry of any molecule:

• Draw Lewis structure of the molecule

Note: multiple bonds like double or triple bond count as only one bonding pair

• Using table 1 or table 2, determine the molecular or electron geometry of the molecule

Table 1 shows geometries of molecules without lone pair on the central atom: 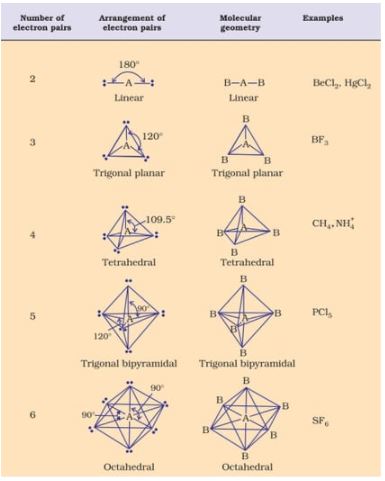 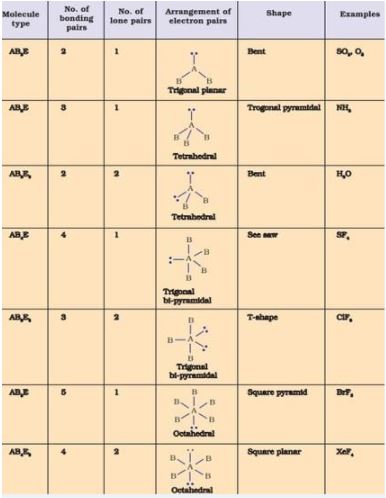 In the Lewis structure of BeI2, Beryllium is the central atom and it has 2 bonded pairs (4 electrons) and no lone pair.

So the molecular geometry and electron geometry for BeI2 remain the same.

According to the above VSEPR table, its geometry is linear with a bond angle of 180⁰.

Hybridization means the mixing of atomic orbitals of equivalent energies to form a new hybrid orbital of similar energy.

Hybrid orbitals are oriented in such a way that the repulsion between electron pairs is minimum.

Hybridization can be determined by calculating the number of included orbitals

As per the Lewis structure of BeI2, Beryllium forms two sigma single bonds with Iodine atoms with no lone pair.

So, according to the above chart, BeI2 has sp hybridization.

Or, it can be understood as the atomic number of Beryllium is 4 so, its electronic configuration is as follows:

Be has already completely filled s orbital in the ground state without any lone pair.

So, it needs to excite its electron from 2s orbital to 2p orbital (2s and 2p have similar energy levels) to make a bond with Iodine.

It has one unpaired electron in the p-orbital that reacts with the sp hybridized orbital of Be. 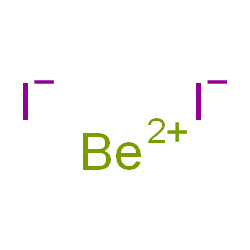 BeI2 is a nonpolar molecule due to its linear geometry.

Polar molecules have non-zero dipole moments because of the un-symmetrical distribution of charges (H2O) or separation of charges on both ends ((Br-Cl).

Whereas, non-polar molecules have the symmetrical distribution of charges because of their symmetrical structures leading to zero dipole moment.

According to the Lewis structure of BeI2, the beryllium atom is attached to two iodine atoms.

In BeI2, Both the bonds are arranged in the symmetrical order so the dipole moment generated on both sides (due to electronegativity difference between Be and I) cancels out each other making the molecule non-polar.

Beryllium Iodide is a covalent molecule in which beryllium forms two single bonds with Iodine atoms as peripheral atoms.

Lewis structure of BeI2 does not follow the octet rule (Be has only 4 electrons in its valence shell) but it is stable due to zero formal charge.

BeI2 has two bond pairs and zero lone pairs so based on VSEPR theory and hybridization, BeI2 has linear geometry and sp hybridization.